Emmanuel Macron in Marseille: "The emergency is safe, social, health"

Emmanuel Macron unveiled on Thursday a vast plan of support for the large Mediterranean city of Marseille, overwhelmed by several evils. The Head of State has defined an "emergency" for the Marseille city ... 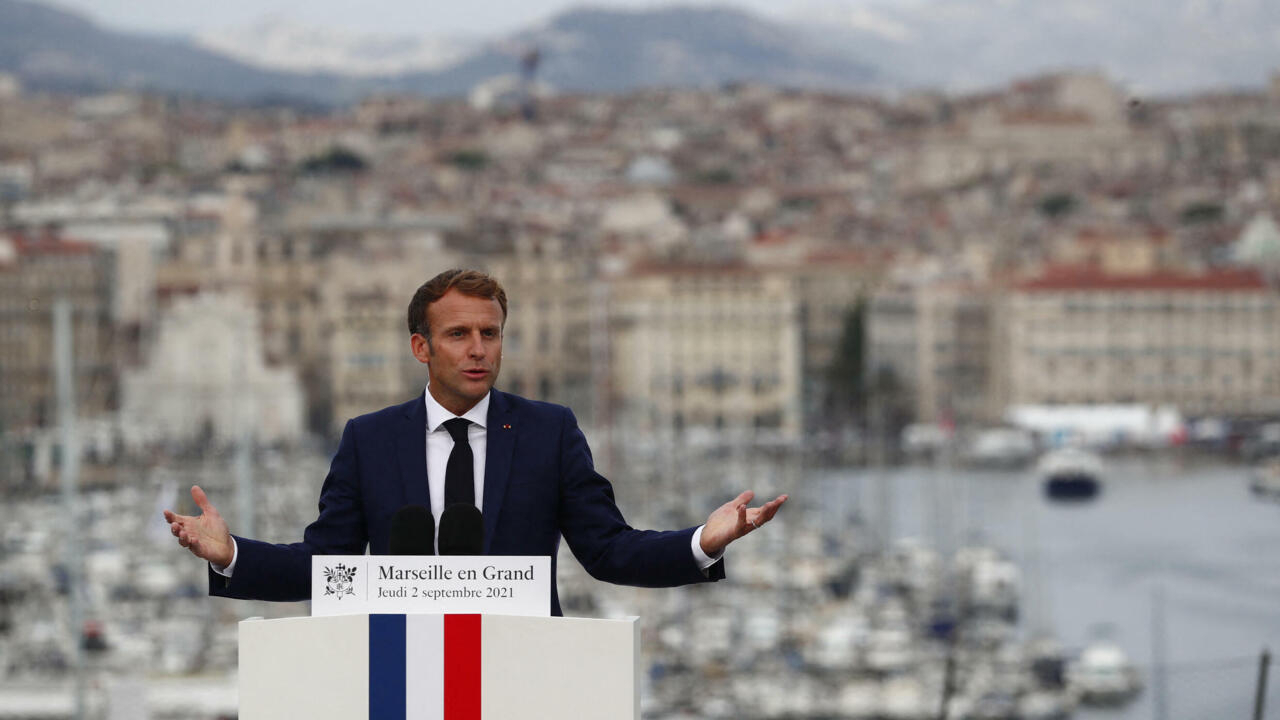 Emmanuel Macron, visiting for three days in Marseille, unveiled Thursday, September 2 a vast support plan for the Marseille city overwhelmed by several evils: insecurity, dilapidated schools, bloodless municipal finances, poverty ... "The duty of the Nation is to be alongside the Marseillaises and Marseillais ", declared the Head of State, who affirmed that the response to the challenges facing Marseille" is necessarily multiple ".

"It will not happen overnight, there is no hidden formula, no magic recipe," he added.

The President of the Republic, behind whom we could read on a screen the name of his plan - "Marseille en grand" -, detailed the emergency concerning the Phocaean city: "(It) is safe, social, sanitary", he declared.

"The security emergency, we have talked a lot about it, it is that of the fight against trafficking", detailed Emmanuel Macron.

And to continue: "It is a policy of harassment of trafficking that we must lead."

The Head of State recalled that the arrival of new police officers in Marseille has accelerated - 100 in 2021, 200 planned for 2022 - then he announced the funding of "500 new CCTV cameras" in the affected neighborhoods traffic, as well as "more than 8 million euros" to equip Marseille police with material resources.

Regarding "the social emergency", Emmanuel Macron recalled that there were in certain districts of Marseille poverty rates peaking at 40-50% of the total population. "20 million euros are currently invested in city policy," said the head of state. And to clarify: "We will continue to invest alongside associations, the first relays of all policies."

The President of the Republic also spoke of unsanitary housing, three years after the fatal collapse of a building in rue d'Aubagne which had claimed the lives of 8 people.

After this accident, "the state took its responsibilities," Emmanuel Macron said on Thursday.

He recalled that he had committed to "rehabilitate 10,000 homes in the next 15 years" in Marseille.

Finally, concerning "the health emergency", the Head of State noted that "the network of local care is failing in certain districts", mainly the northern districts of the Marseille city.

He also recalled the commitments of the State: "169 million euros are already on the table" to rehabilitate several hospitals.

"We cannot leave neighborhoods left to their own devices to excess mortality," added Emmanuel Macron, while specifying that "the urgency is not enough to meet the challenges" facing Marseille.

"Today we must build the Marseille of 2030," said the Head of State.