"Green Arabia" was a migration route for the first humans Paris (AFP) The vast now arid expanse of the Arabian desert was a migration route for the first men from Africa, thanks to several climatic episodes that have transformed places into "green Arabia" over the past 400,000 years. The proof? An international team of researchers led by Dr Huw Groucutt, of the German Max Planck Institute, has unearthed thousands of stone tools there, some dating back 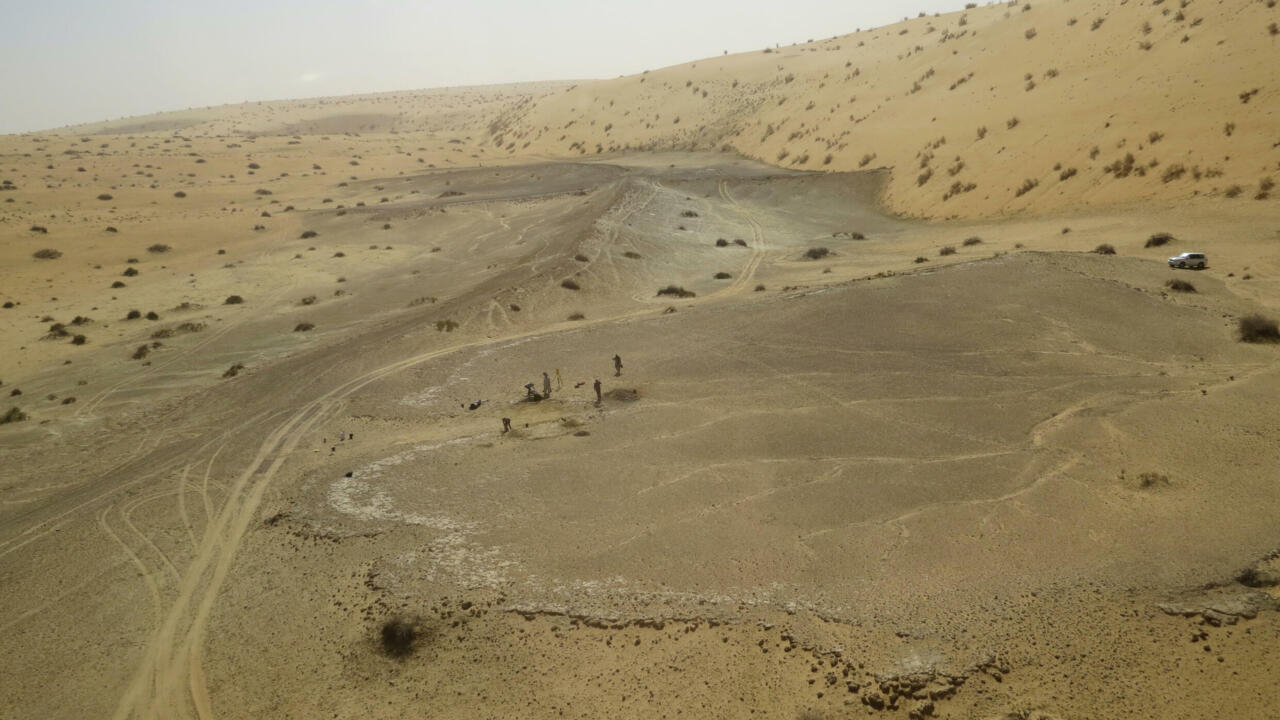 The vast now arid expanse of the Arabian desert was a migration route for the first men from Africa, thanks to several climatic episodes that have transformed places into "green Arabia" over the past 400,000 years.

An international team of researchers led by Dr Huw Groucutt, of the German Max Planck Institute, has unearthed thousands of stone tools there, some dating back to this remote time, in the current Nefoud desert in Saudi Arabia.

"We are bringing Arabia out of anonymity," on the subject of the great human expansion outside Africa, Prof. Michael Petraglia, co-author of the study published Wednesday in Nature, told AFP.

It shows that "Arabia was a crossroads of continents, the bridge between Africa and Eurasia", according to this archaeologist at Max Planck.

To this day, the dominant theory remains that the expansion of the first humans outside Africa - with in particular a great wave of Homo sapiens 60,000 years ago - was made by the coast of the Levant, the eastern Mediterranean basin bordered today by Israel, Lebanon and Syria.

And many important fossil sites attest to this.

But you can only find what you are looking for, remarks Prof. Petraglia, who recalls that the Levant has been excavated for a hundred years.

While ten years ago, we did not know of an archaeological site dating back more than 10,000 years in the Arabian Peninsula.

"It was assumed that deserts had always been there, and there was no environmental data that could show how different they may have been in the past," he explains.

Since then, satellite images have identified more than 10,000 ancient dry lakes, of which only a few hundred have been explored.

In 2018, it was in one of them that a team led by Prof. Petraglia announced the discovery of the first human fossil in the region, a modest phalanx, attributed to an 85,000-year-old Homo sapiens.

In 2020, a new study reveals that an ancient lake in the Nefoud desert saw Homo sapiens pass 120,000 years ago, as well as buffaloes, camels and elephants.

The team of Pr. Groucutt and Petraglia, working closely with the Saudi Heritage Commission, shows that an ancient lake named Khall Amayshan has hosted hippos ...

You have to imagine a terrain "of savannah and tall grass, full of animals, which the hunter-gatherers would have followed to hunt them", says Prof. Petraglia.

And that this area has been "green several times in the past", with "many lakes, each of which bears archaeological traces".

Because in Khall Amayshan, a natural basin now desert invaded by dunes, archaeologists came across a rarity, a stack of five successive layers of lake deposits, which they dated using the optical luminescence technique. .

And to each of these layers, the oldest of which dates back 400,000 years and the most recent only 55,000 years ago, corresponds a very distinct production of stone tools, axes and bifaces.

This diversity indicates, according to the study, "colonization by diverse human groups".

We can assume their identity by the technique used to produce these tools, explains Prof. Petraglia, who considers the presence of Homo erectus and Homo heidelbergensis "probable" for the oldest lake layers (400,000 and 300,000 years ago). , Homo sapiens for those dated to 200,000 and 75,000 years, and perhaps even Neanderthals for the most recent, to 55,000 years.

These findings agree with a recent scientific publication which identified, on a scale of 300,000 years, several episodes of precipitation that would have favored the migration of humans out of Africa via the Levant and the Arabian Peninsula.

As for Arabia, "now you have to find their fossils there", says Prof. Petraglia.

According to him, this is "a key geographical area whose history remains to be written" if we want to better understand how the first humans then moved, in particular to Asia.