`` The Etorri ongi should not be summoned, or recorded, much less broadcast '', has demanded the Lehendakari Iñigo Urkullu after the reactivation of the tributes made ... 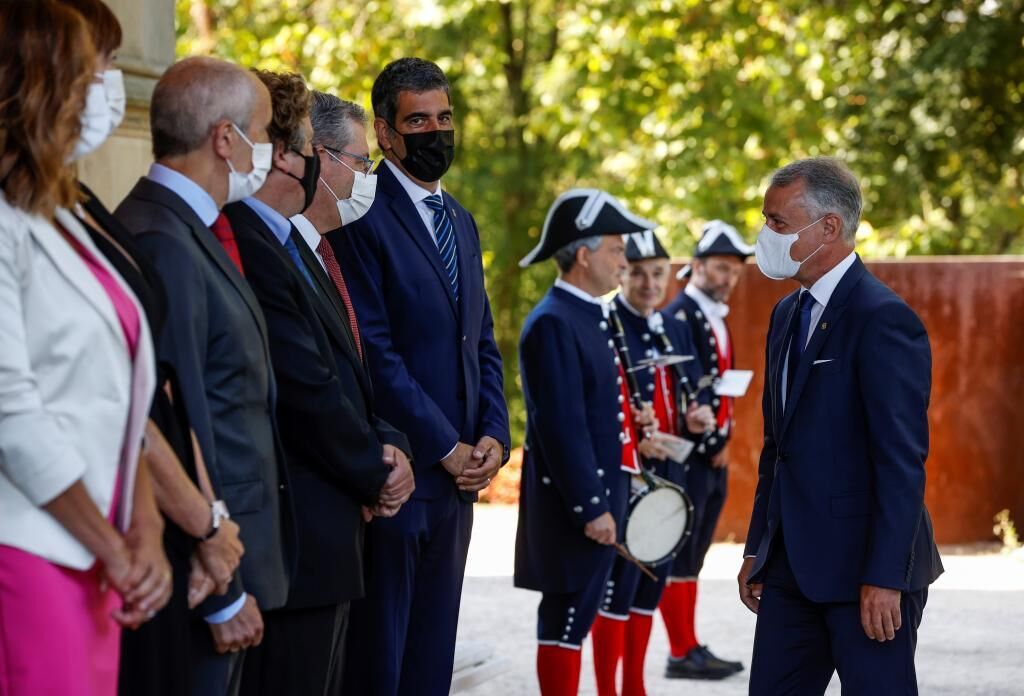 The Etorri ongi should not be summoned

, nor recorded, much less broadcast," demanded

after the reactivation of the tributes made to the ETA prisoners when they concluded their sentences and returned to their places of origin. Urkullu had already described as

"respulsive" the attitude of the Abertzale Left

directed EH Bildu to listen to the victims

which is scheduled to take place in Mondragón on September 18.

The Lehendakari Urkullu has formally restarted the political course in Euskadi with an express request addressed to EH Bildu not to hold more acts of reception for ETA prisoners. Acts that value

and that EH Bildu spokesman Arnaldo Otegi justified yesterday with the argument that they have not been prohibited by the National High Court when ruling out that they humiliate the victims or represent an apology for the terrorist activity of ETA.

Urkullu, who has also recognized that the

have the legal protection of the

, has warned of the role that Justice plays in these debates, linking them with the criteria used when judging the restrictions approved to act against the Covid-19 pandemic.

The lehendakari's criticisms of EH Bildu have also been directed towards the interpretation made by Arnaldo Otegi about the origin of the incidents carried out by young people against the Ertzaintza and the Local Police who act in the bottles. Urkullu has regretted that Otegi used the

"mantra of a social model"

to "try to justify violent attitudes" and has warned that the incidents reflect a crisis of values ​​that must be addressed through education both in families and in the field of education. school. The spokesman for the sovereign coalition maintains that the acts of violence in the bottles occur within a leisure model promoted by the

that prioritizes the consumption of alcohol.

"We have to be clear and demanding in our statements," stressed the Lehendakari who has defended the

because they are "defending public health and avoiding crimes."

This is how the Basque narcos acted: pure cocaine, luxury cars and extreme security with encrypted codes