Ismo Leikola differs from his long-term wife Angelika. Ismo Leikola informs IS that the relationship has changed over the years to more friendship. 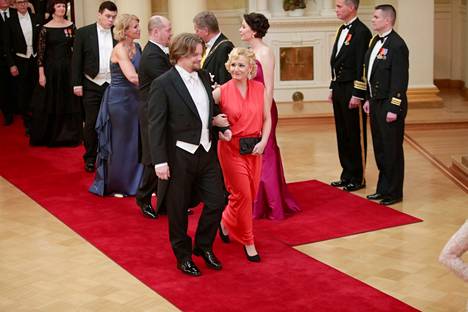 Ismo Leikola informs IS through his representative.

Ismo and Angelika announce that after a long and thorough consideration, they have ended up in agreement by consensus.

The reason is that over the years, the relationship has turned more into a friendship and partnership.

There is no third party involved in the difference, and no other drama.

The ex-couple emphasizes that both have a great deal of respect for the common path and for each other, and they will continue as both good friends and a working couple.

Each will also continue its own projects.

Ismo Leikola does not intend to comment on his resignation any more in public.

He hopes for respect for privacy in the face of a new phase of life, especially for Angelika, as she is not a public figure.

Ismo and Angelika have been together for well over 10 years.

Ismo told IS in 2018 that comedy is what originally united them.

- We met while Angelika was watching my gig.

He also moved in comedian circles and had been organizing a gig, Ismo said in 2018.

Read more: Ismo Leikola reveals how he met his wife Angelika - this is the kind of life they live in the United States: “We are a strong duo”

The ex-couple represented at the Castle party in 2015. Photo: Antti Hämäläinen

Continuing as a working couple, Ismo and Angelika have just returned to Los Angeles together.

Ismo has started touring again, both at local clubs and soon around America, where he has booked numerous performances.

In addition to his comedy career, Ismo and Angelika will focus on finalizing the English version of their book Suo, hoe and Hollywood (Siltala), which was published in March.

The English-language work of the Cutter has been named US & us - Surviving Hollywood with Comedy.

The book is based on a work in Finnish, but has its own entity, because this time Leikolat addresses American and international readers instead of Finns.

It is not a translation, but they wrote a work that had already reached the delivery stage directly in English.

Ismo plans to come to Finland during the autumn as part of its new tour.

Read more: Book: The move of Ismo Leikola and Angelika's wife took a shocking turn - the apartment revealed a real nightmare, neither of which was true