The UN's climate report from the IPCC was presented in early August. The effects of the climate crisis in our time and for our future became very concrete. 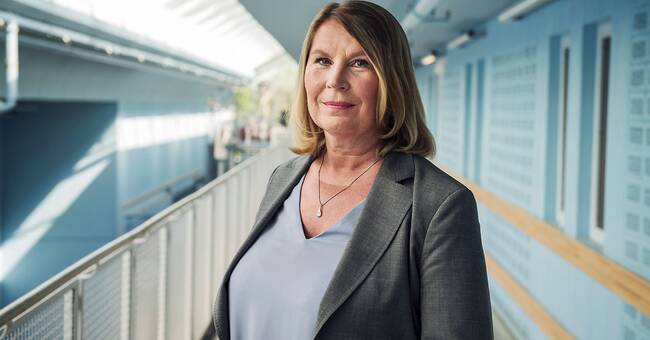 The scientific evidence that humans have influenced global warming is irrefutable in the IPCC report.

A melting glacier became an almost obscure background in the report.

Based on the IPCC report, SVT Nyheter will invest even more in the autumn in reporting on the climate threat and its impact on all parts of society and the world.

The gathering is aimed at the UN climate summit in Glasgow in early November.

We gather all our journalism about the climate in a new newsletter, which has its first issue on Sunday 5 September. The idea is to compile the most important news, reports and in-depth information about the climate from SVT's various newsrooms every week. Each newsletter also contains analyzes by, among others, SVT's experts Erika Bjerström, Calle Elfström, Johan Bergendorff and Kristina Lagerström.

On svt.se, there will also be a page where we collect basic facts about the climate crisis, something you can lean on when you want to know exactly how it really is with sea levels, carbon dioxide emissions or temperature rise.

Ekonomibyrån, Politikbyrån and Utrikesbyrån will all address various aspects of the climate crisis during the autumn, and Agenda will, in collaboration with SVT's Vetenskapsredaktion, hold a climate hearing at the end of October.

My ambition is for us to portray the climate issue from different perspectives.

This can apply to companies' conversion, technological development, science and politics.

SVT has reporters from Sápmi in the north to Skåne in the south and correspondents all over the world.

They all have a task to describe how global warming is affecting their area.

The climate issue is global.

But the effect is often painful in the local area.

The climate crisis is literally affecting the future of humanity and will be an obvious focus for SVT Nyheter's reporting.