On air on Rai1 unpublished videos on the life of the 'People's Princess', on the day of the anniversary of her death 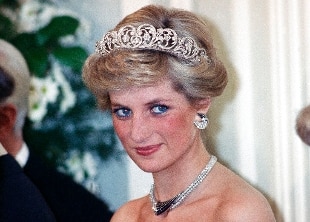 Time - The Time of Lady D. ', an international co-production on the life of Princess Diana.

The documentary, broadcast on Rai1 on Tuesday 31 August at 21.25, has as its narrator the presenter of Tg1 Laura Chimenti for a story of the life of Diana Spencer and the thirty years that have seen her as a protagonist on the international scene.

Unique interpreter of her time, able to understand the spirit of the last thirty years of the twentieth century, Diana has helped to inspire social changes, going from shy bride to the first experiences in the English Royal House to consort of the crown prince engaged in social work together with the stars of Hollywood and 80s pop, to the point of becoming the 'People's Princess', a public emblem of a new emotional candor during Britain's changing 90s under New Labor.

The documentary includes extraordinary and previously unreleased archival footage from Lady D.'s life, along with iconic scenes of the cultural, social, economic changes that Diana experienced in the 1980s and 1990s.