Presidential 2022: on the left, the hope of a union well and truly buried

One week after Europe Écologie-The Greens, the Socialist Party, La France insoumise and the Communist Party carried out their political comeback this weekend, the 2022 presidential election in line with mir ... 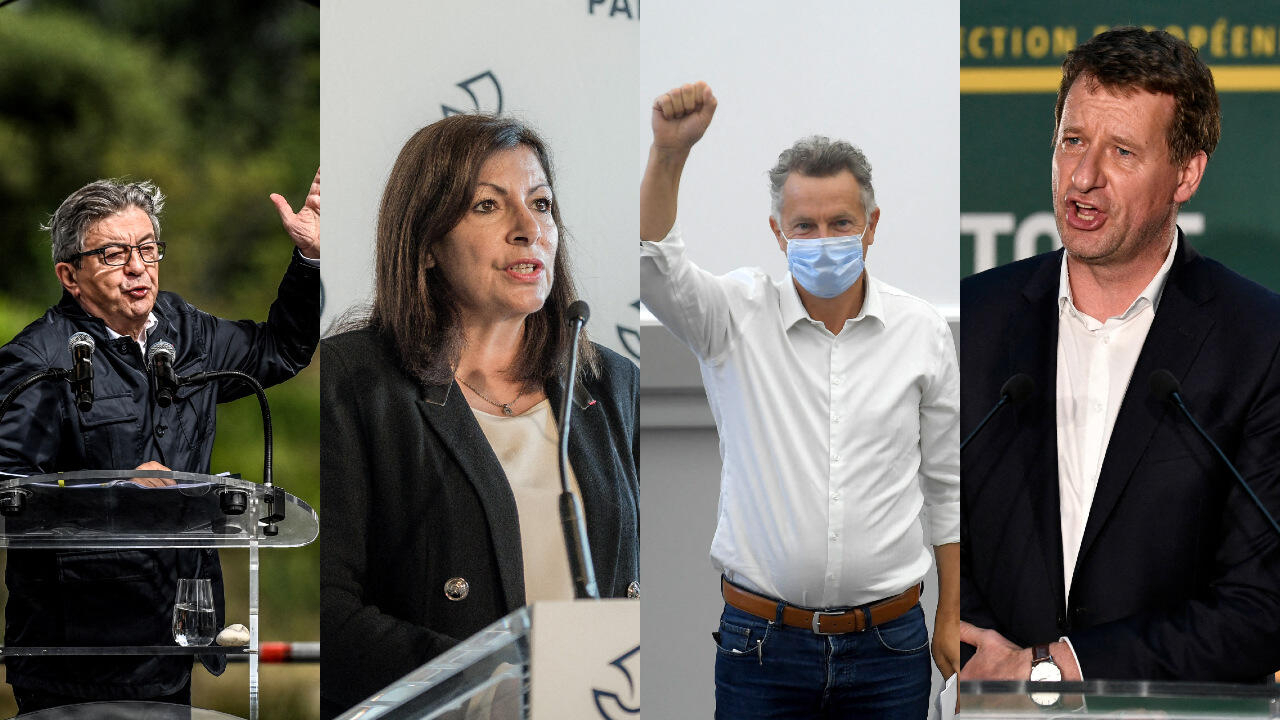 This time around, it's no longer a question of pretending.

Four and a half months ago, all the left-wing parties met, at the initiative of Yannick Jadot, to talk about union, program and common initiatives.

The family photo almost made supporters want to believe it.

The first secretary of the Socialist Party (PS), Olivier Faure, had even hastened to announce a joint candidacy for the presidential election, with "the ecologists, the socialists, the radicals, Place publique, Nouvelle Donne and Génération.s".

But eight months before the presidential election, this fool's game has fizzled out.

Olivier Faure, who has nevertheless kept repeating for three years that the left should unite and that the PS would be ready to step aside behind the candidate of another party, now holds a completely different speech.

"Three years ago, the 'rebels' were the first force on the left; two years ago, the environmentalists were the first force on the left. Today, undoubtedly, the force which has the largest territorial network, they are the Socialists. The only ones who have succeeded in electing and re-electing mayors, regional presidents, department presidents, are the socialists, "he said, Friday, August 27, in an interview with Le Monde.

Three years ago, the 1st force on the left was the Insoumis.

2 years ago, it was the Greens.

Today the main force on the left is the Socialists!

It is not the polls that say so, but millions of French people who went to the polls!

According to him, a common candidacy is always necessary, but behind his party. The change of tone was made on the evening of the second round of the regional. "The reality is that when the agreement is made [between environmentalists and socialists, editor's note], there is a glass ceiling, or even a green ceiling, which means that the Socialists are today the most credible to lead these gatherings ", he judged, while the PS had been able to keep five metropolitan regions, while the ecologists of Europe Ecology-The Greens (EELV) failed in the regions where they were present in the second round.

The first secretary of the PS, who hopes to be reappointed at the congress of his party on September 18 and 19, has therefore been pushing for a few weeks the candidacy of the mayor of Paris, Anne Hidalgo.

It would be very close to officially launching into the race for the Elysee, according to his relatives.

A first communist candidate since 2007

"Wait," she told journalists present at the PS's summer days, Friday August 27 in Blois, and who asked her once again when she would officially declare herself.

"It's important to work methodically, which I've been trying to do for a year, to think, to listen."

"This path, this work is not yet fully completed," she continued.

If his candidacy is confirmed, he will nevertheless have to go through the primary box.

Olivier Faure confirmed on Friday the organization of an internal ballot, therefore reserved for activists, to choose the party's future presidential candidate.

The mayor of Le Mans and former Minister of Agriculture, Stéphane Le Foll, has already announced that he will be running there.

>> To read also: "Popular primary: a utopian citizen project to bring together the left and environmentalists"

At Europe Écologie-Les Verts (EELV), whose summer days were held from August 19 to 21 in Poitiers, the internal primary also occupies the spirits - and the speeches on the union have been put away. Yannick Jadot, Éric Piolle, Sandrine Rousseau, Delphine Batho and Jean-Marc Governatori are campaigning. The militants are called to decide between them from September 16 to 19 (first round) then from September 25 to 28 (second round).

There is no question of union, either, among the Communists. The last time they participated in the presidential election was in 2007. And after two ballots in which the Communist Party (PCF) lined up behind Jean-Luc Mélenchon, the PCF is determined to "exist " this time. Its national secretary and official candidate, Fabien Roussel, called on Saturday August 28 in Aix-en-Provence, "to liberate France" from finance and to make the choice of "existence". The Communist candidate assures that he will not take any votes from the other left-wing candidates because his electoral pool is among the abstainers, according to him.

"The forecasts do not matter if the people get involved!", Launched the deputy of Bouches-du-Rhône, Sunday, August 29, in Châteauneuf-sur-Isère, by calling the popular classes to the polls.

In front of several thousand militants, he identified with offensive accents what he considers to be their number 1 enemy: "Abstention, definitely, is a stupid trap!"

Certainly, it is "a form of action and not an indifference".

"But when it comes to deciding, everything goes through political power, even more so in the Fifth Republic", he professed.

Jean-Luc Mélenchon has always refused to talk about a union of the left and has embarked on the presidential campaign in the fall of 2020. And while the PCF weighs little in the polls and the PS and EELV still have no official candidate, he considers himself in a "comfortable situation".

Abstention is the worst that can happen to us.

The more it votes, the stronger we are.

The less it votes, the stronger Macron and Le Pen are.

Whoever abstains leaves him a free hand to continue doing the dirty work he started. # AMFIS2021 pic.twitter.com/3Wh7o11Tl3

His troops mention in particular the Harris Interactive barometer which gives their champion first on the left with 11% of the votes, ahead of Anne Hidalgo and the green candidate tested, Yannick Jadot (between 6 and 7%).

They also reveal the survey commissioned from the same institute, according to which the 42 main proposals of the 'rebellious' program obtain a majority of favorable opinions from the French.

Thus, 76% of those polled say they are in favor of increasing the minimum wage to 1,400 euros net per month, 68% of lower taxes for people earning less than 4,000 euros per month, 63% when a meeting is called. Constituent Assembly for a Sixth Republic.

>> To read also: "Why the regional ballot says almost nothing about the 2022 presidential election"

It remains to be seen how to transform this apparent adherence to the program into a voice at the ballot box, especially since the personality of Jean-Luc Mélenchon is particularly divisive.

In an attempt to remedy this, the LFI "brand" has been erased from campaign posters to make room for the name "Popular Union".

A rather ironic slogan for left-wing voters, who were 81% in the spring to be in favor of a joint candidacy, according to an Odoxa poll.

However, they will have to do it: they will be spoiled for choice next April.

Especially since the list of contenders should still grow.

Former socialist minister Arnaud Montebourg planned to announce his presidential candidacy on September 4, without going through the primary box.