Ankara has confirmed its readiness to conclude a deal for the purchase of another regiment of anti-aircraft missile systems (SAM) S-400 "Triumph", said Turkish President Recep Tayyip Erdogan. Earlier, Rosoboronexport reported that the contract should be signed by the end of the year. This will be the second agreement for the supply of S-400s - the first was concluded in 2017 for the amount of $ 2.5 billion. Erdogan also announced his intention to discuss with his Russian counterpart Vladimir Putin "many initiatives in the defense and other spheres." Experts believe that Ankara may buy other types of Russian military equipment in the near future. 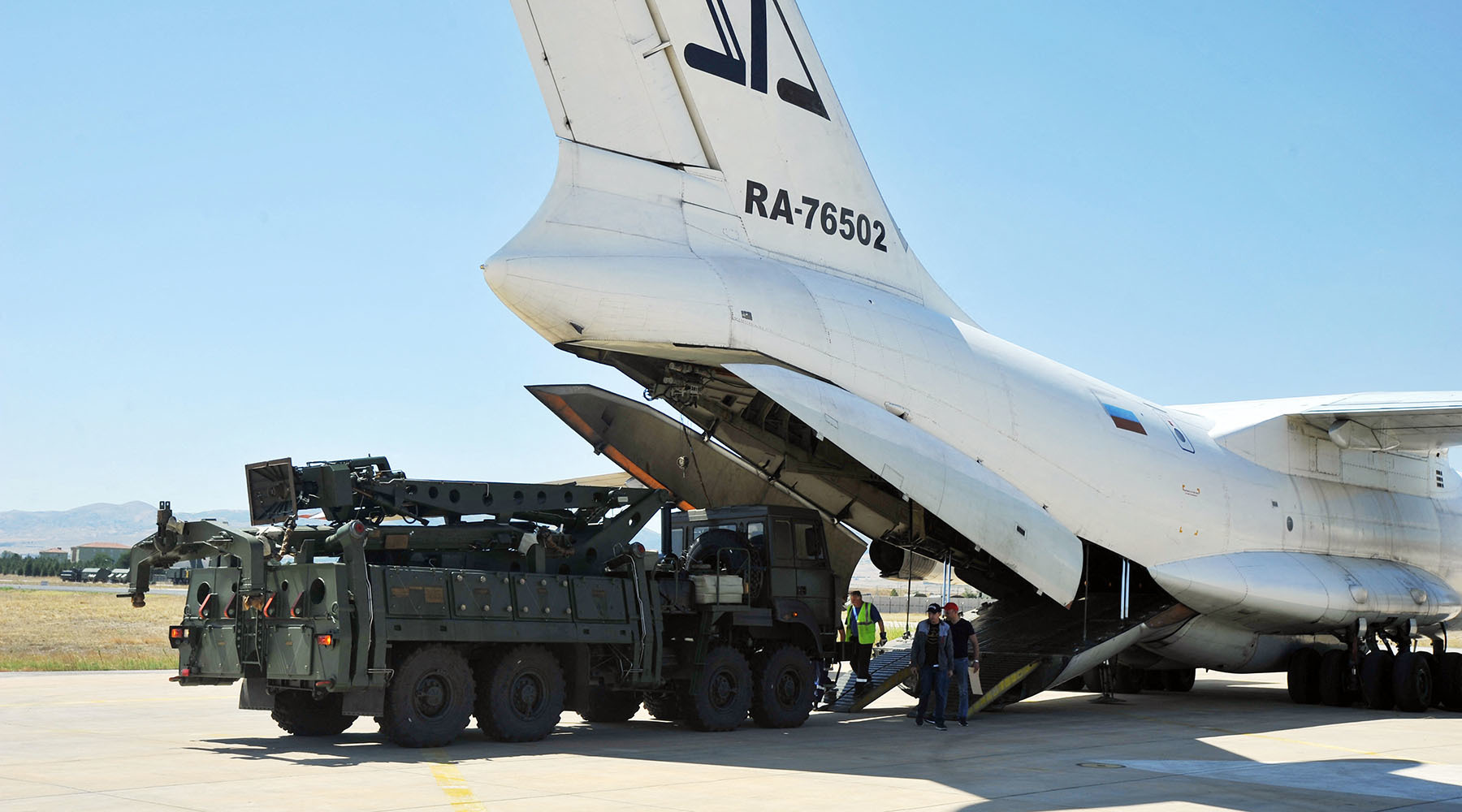 The Turkish leader said that Ankara and Moscow, in addition to the S-400, "have many initiatives in the defense and other spheres."

According to him, these issues will be included in the agenda of the upcoming meeting with Russian President Vladimir Putin.

Erdogan did not specify the date of the talks.

“So there are different alternatives on the agenda.

For example, we used their Ilyushin planes (meaning the Be-200 amphibians -

We discussed this (with Vladimir Putin. -

During my trip to Russia, we will discuss all this, ”Erdogan said.

As a reminder, on August 23, the head of Rosoboronexport, Alexander Mikheev, told Interfax that a final deal for the supply of an additional batch of Triumphs to Turkey is expected to be concluded by the end of the year.

“As for the S-400 complex, consultations are continuing.

I think that already at the final stage and in the near future we will begin with our partners to formalize and sign the contract, ”Mikheev said.

It is expected that the new agreement will provide for an "option for technological cooperation", which will give Turkey the opportunity to partially localize the production of some components of the air defense system.

The first contract for the supply of the S-400 regiment to Ankara was signed in 2017.

Its amount was $ 2.5 billion. Under the terms of the agreement, Turkey paid 45% of the total cost in advance, Moscow provided the rest of the money in the form of a loan.

Russia fulfilled its commitment to the deal at the end of 2019.

"Triumph" is considered one of the best long-range air defense systems in the world.

The S-400 was developed by the Almaz-Antey concern for the defense of the most important strategic objects from a massive enemy air attack.

The system is capable of destroying all aerodynamic targets flying at speeds up to 4.8 km / s, including aircraft and missiles.

The Russian complex, depending on weather conditions, can detect air objects at a distance of up to 600 km.

The S-400 is supplied to the troops in regimental kits.

“There are no analogues of the S-400 in terms of price-efficiency ratio in the world.

Similar anti-aircraft systems are promoted by the United States, but these are quite expensive weapons.

I think there will be a new deal.

The Turks tested the purchased divisions and were convinced of the great capabilities of the S-400.

It is quite logical that they want to buy another regiment, "Dmitry Litovkin, editor of the newspaper Nezavisimoye Voennoye Obozreniye, explained in an interview with RT.

In turn, Vadim Kozyulin, head of the Center for Global Studies and International Relations of the IAMP of the Diplomatic Academy of the Russian Foreign Ministry, said that the upcoming purchase of the second batch of Triumphs was dictated by Turkey's desire to reliably cover the country's strategic facilities.

However, to achieve this goal, one regiment of Russian air defense systems is not enough, "the expert emphasized in a commentary on RT.

Meanwhile, the first contract for the purchase of Russian air defense systems and Ankara's intention to conclude a second deal caused serious discontent in the United States.

In response, the United States removed Turkey from the list of participants in the F-35 fifth generation fighter program and imposed sanctions.

After the change of administration, Washington continued to demand that the NATO ally abandon the purchased Triumphs and not sign a new contract.

In March, in an interview with the Yeni Şafak newspaper, US Ambassador to Ankara David Satterfield said that Turkey's supply of a second S-400 regiment "would have serious consequences."

In July, US Undersecretary of State for Political Affairs Victoria Nuland threatened Ankara with a new package of restrictive measures under the CAATSA (Countering America's Adversaries Through Sanctions Act).

“We continue to object to Turkey's purchase and deployment of the Russian S-400 air defense system.

We have made it clear that any new major arms purchases from Russia would entail additional sanctions under CAATSA, ”Nuland said.

However, the Turkish authorities have repeatedly stressed that the position on "Triumphs" and other aspects of military-technical cooperation with the Russian Federation will remain unchanged.

In particular, Erdogan said this on the sidelines of the NATO summit in Brussels during a meeting with US President Joe Biden.

According to experts interviewed by RT, Washington and other Western states are annoyed by Ankara's independent foreign policy.

Intensive military-technical cooperation with Russia is perceived by the rest of the North Atlantic Alliance as a "defection" from common goals, including the weakening of Moscow in the geopolitical arena and the fight against its leading positions in the world arms market.

“For many years Turkey has been focused on purchasing American military equipment, but the situation has changed dramatically.

Firstly, Ankara has made significant progress in developing its own defense industry, and secondly, it has begun to cooperate with Moscow.

Of course, this causes irritation and leads to concrete countermeasures, ”Litovkin said.

According to the expert, Washington refuses to perceive Turkey as a sovereign state acting in its own national interests and ready to develop partnerships with non-NATO states.

According to him, Ankara's current policy is unprofitable for the West.

“Many say Turkey has become overly ambitious under Erdogan.

Perhaps this is so, but, in my opinion, it is obvious that, in general, Ankara is pursuing a pragmatic course, especially by improving relations with Russia.

This state of affairs does not suit NATO, ”added Kozyulin.

Analysts believe that Moscow and Ankara have great potential for cooperation, the most promising area of ​​which is aviation.

In March, Valeria Reshetnikova, press secretary of the Federal Service for Military-Technical Cooperation (FSMTC) of Russia, told reporters about her readiness to begin negotiations with Ankara on the supply of Su-35 fighters and fifth-generation Su-57 aircraft.

“With regard to potential plans for Ankara to purchase Russian Su-35 and Su-57 fighters, it is worth noting that the Turkish side is fully informed about their technical specifications.

If there is an application from Turkey for these aircraft, then we are ready for negotiations on this issue, "Reshetnikova said.

Moscow is also considering the possibility of joining the project to create a fifth-generation Turkish fighter TF-X.

Let us remind you that earlier Ankara chose the British BAE Systems as its main foreign partner.

On August 25, FSMTC director Dmitry Shugaev said during a press briefing that Moscow was ready to "provide technological assistance" on this issue.

He added that Russia is currently holding consultations with Ankara at the level of specialized groups on possible cooperation on the TF-X project.

“There are interesting areas where we could provide technological assistance, taking into account the experience that our specialists have in the development and production of aviation equipment.

And we are ready to share our experience with our Turkish partners, ”Shugaev said.

According to Dmitry Litovkin, Ankara is impressed by Moscow's willingness to share technologies that are still inaccessible to Turkey, including because of the policy of Western states, which often refused to supply it with the necessary systems and units.

“The level of military technology that Russia has is currently unavailable for Turkey.

And, as far as I understand, Moscow is ready, on certain political and commercial conditions, not to the detriment of itself, to help the Turks, ”says Litovkin.

Vadim Kozyulin also believes that Turkey is "bribed" by Russia's openness in the field of military-technical cooperation.

The expert does not exclude that Ankara will soon take “radical” steps from the West’s point of view, purchasing not only aircraft.

“Turkey can independently produce a very wide range of so-called basic weapons, but it needs external assistance to manufacture more sophisticated equipment. Along with the purchase of the S-400, Turkey may in the coming years acquire other air defense systems, electronic warfare equipment, and helicopters. Ankara understands that one should not expect real support from the West, ”Kozyulin summed up.