"Because of the real threat": the US Embassy in Afghanistan urged Americans to leave the vicinity of Kabul airport

The US Embassy in Kabul has recommended that American citizens leave the area adjacent to the airport in the capital of Afghanistan because of a "real threat." At the same time, a Taliban spokesman * said that the movement has specialists and the necessary equipment to manage the airport, which they are ready to take over after the withdrawal of the US military. The spokesman for the movement also noted that the Taliban plans to complete the process of forming the Afghan government within two weeks. 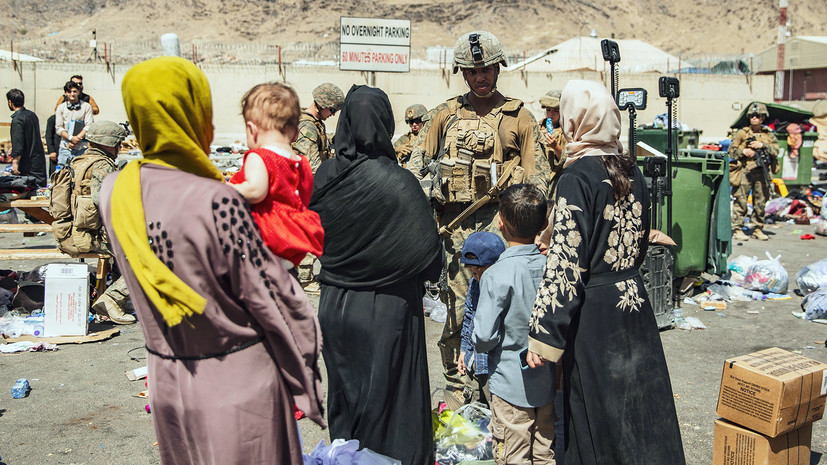 The US Embassy in Kabul has recommended that American citizens leave the area adjacent to the airport in the capital of Afghanistan.

The corresponding statement was published on the website of the diplomatic mission.

The embassy explained their call by the presence of a "real threat".

Diplomats noted that US citizens should avoid traveling to the airport.

On the eve of the Pentagon spokesman John Kirby said that the US military does not exclude a repetition of attacks in Kabul in the future.

He also said that the United States intends to complete a mission to evacuate people from the Kabul airport on August 31.

As noted by Reuters, citing a source, the US Armed Forces have entered the final phase of the operation to evacuate people from Afghanistan.

According to the agency, about a thousand civilians are awaiting export flights.

According to the source, the crowd of people near the airport began to decrease after the American side announced the likelihood of new terrorist attacks in Kabul.

In turn, a Taliban * spokesman said that the movement has specialists and the necessary equipment to operate the Kabul airport.

According to him, the Taliban are awaiting final approval from the Americans in order to fully take control of the airport.

At the same time, a spokesman for the movement Zabiullah Mujahid said that the Taliban plans to complete the process of forming the Afghan government within two weeks.

He also noted that the Taliban have already filled the vacancies of police chiefs in all 34 provinces of the country.

The movement has appointed a number of acting ministers, including information and culture, higher education, defense, the head of the civil service department, as well as a number of provincial governors and mayors of cities.

We will remind, on August 16, representatives of the Taliban announced the end of the war in Afghanistan.

Before that, they occupied Kabul and declared that the republic was entirely under their control.

On Thursday, August 26, a terrorist attack took place near the Kabul International Airport.

According to the latest media reports, more than 200 people were killed in the explosion, including 13 American servicemen.

RT correspondent Murad Gazdiev visited a Taliban checkpoint in Kabul and spoke about the situation in the city and the attitude of residents towards the militants.

“The initial shock has already passed.

People on the streets, shops are open.

Of course, it still hasn't gotten back on track.

There is a lot of uncertainty here.

People don't quite believe yet.

Nevertheless, people are not as afraid as they were initially, ”he said.

The day before, Russian Defense Minister Sergei Shoigu, during a meeting with representatives of regional media in Kazan, noted that Russia stands for stability in Afghanistan and the formation of a coalition government that would include representatives of all peoples who inhabit the country.

At the same time, he noted that the situation in Afghanistan is dangerous due to the penetration of militants into the CSTO countries, as well as the growth of drug trafficking.

“And, of course, we would not want all this to cross over and crawl into our territories, the territories of the CSTO countries,” he said.

Therefore, according to the minister, the program for the rearmament of the armies of Tajikistan, Kyrgyzstan and Kazakhstan will be continued.

Shoigu stressed that when events in Afghanistan began to develop, the CSTO countries organized joint exercises.

Russia conducted maneuvers with Tajikistan and Uzbekistan on the border with Afghanistan.

Shoigu also said that the US military left a large number of high-precision weapons in Afghanistan.

“The large number of weapons that got hit are portable and high-precision weapons,” Shoigu said.

The head of the department said that the Ministry of Defense is currently analyzing the risks and threats in Afghanistan.