France: mobilization against the health pass continues to decline

Some 160,000 opponents of the health pass took to the streets of Paris and many cities in France for the seventh consecutive Saturday. Either a decrease again mobilization, ... 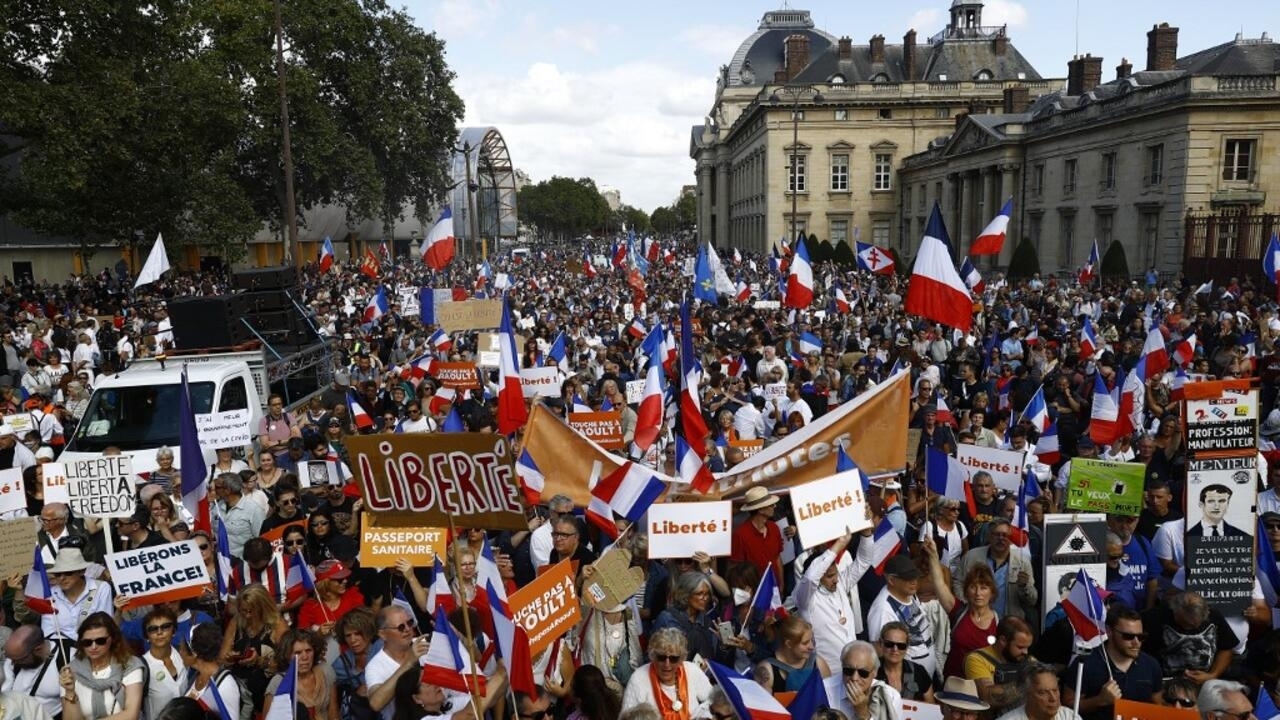 France: mobilization against the health pass continues to decline

They were 14,500 in Paris, according to figures from the Ministry of the Interior, to demonstrate against the health pass on Saturday, August 28, 2021. AFP - SAMEER AL-DOUMY

Some 160,000 opponents of the health pass took to the streets of Paris and many cities in France for the seventh consecutive Saturday.

Or a mobilization down again, according to figures from the Ministry of the Interior.

In Paris, four processions set out in the early afternoon with cries of "freedom" or "resistance".

Demonstrations also took place in 222 cities across the country.

But if the slogans were the same, fewer protesters chanted them.

Outside Paris, the two most important events took place in Montpellier (9,500 people) and Mulhouse (5,500).

Sixteen people, including two in Paris, were arrested during these gatherings and three members of the police were slightly injured.

, more than 175,000 demonstrators had been identified by the Ministry of Interior, including 14,700 in Paris. The figures of the Yellow Number, which publishes a city-by-city count, confirms the trend. The militant collective for its part identified at least 319,290 demonstrators in France this Saturday. This "first estimate", which will be refined on Sunday, also marks a drop compared to last weekend, with 357,100 people recorded.

Since July, hundreds of thousands of people from all walks of life - former yellow vests, “anti-tax” activists, conspiracy theories or opponents of President Emmanuel Macron - have been pounding the pavement every Saturday.

But these last two weeks, the wave of protesters against the health pass and any vaccination obligation has recorded a sharp decline.

Towards an extension of the health pass

is now mandatory in bars, restaurants, long-distance transport, hospitals or even in many shopping centers.

It could be extended beyond November 15, the limit set by law, "

if the Covid does not disappear from our lives,

From this Monday, August 30, it will be imposed on employees of places where customers are requested.

Employees refusing to present it may have their employment contracts suspended.

According to the latest figures from Public Health France, 2,259 people with Covid-19 are in intensive care units, 11 less than on Friday.

71.7% of the population received at least one injection and 64.5% both prescribed doses.

The Covid-19 pandemic has already caused more than 114,157 deaths in France.