Refused to attend a hearing.. Subpoena against Diab in the Beirut port explosion case

The judicial authorities in Lebanon issued a subpoena against the caretaker prime minister, Hassan Diab, after he refrained today from attending a hearing dedicated to hearing his statements in the case of the Beirut port explosion. 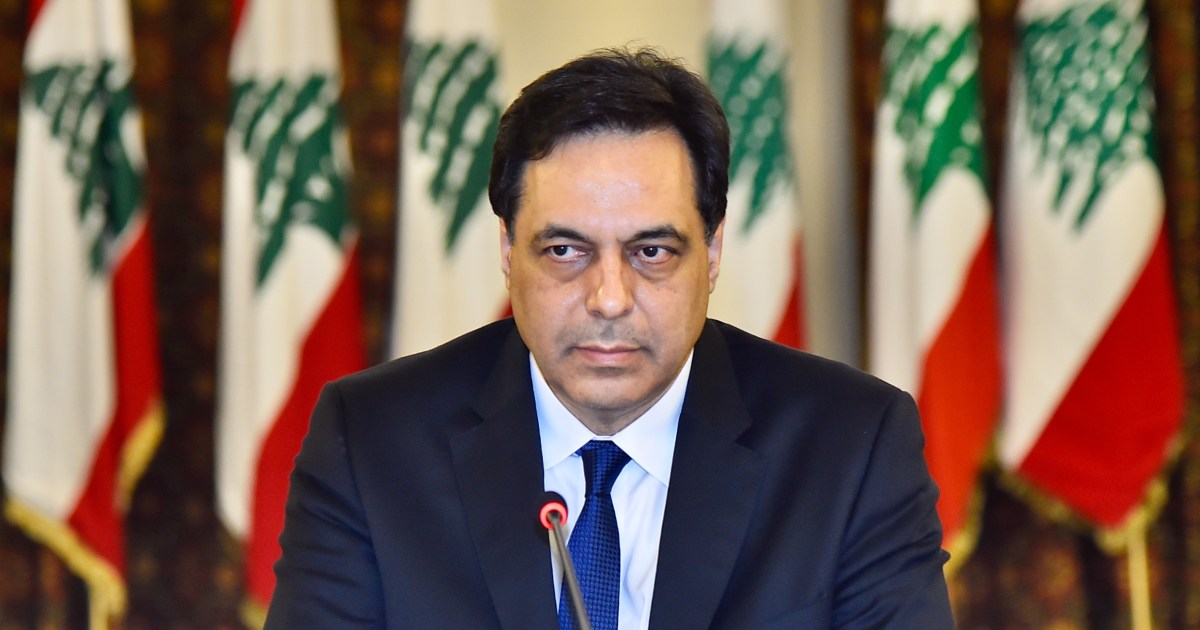 The judicial authorities in Lebanon issued a subpoena against the caretaker prime minister, Hassan Diab, after he refrained today from attending a hearing dedicated to hearing his statements in the case of the Beirut port explosion.

Judge Tariq Bitar had charged Diab, 3 current deputies, and a number of security and military leaders with possible intent to murder, neglect and cause the death and injury of hundreds of people.

A Lebanese judicial source told AFP that Bitar assigned the security forces to bring Diab to his department in the Palace of Justice, 24 hours before the date of the next interrogation session that he set for next September 20.

It is noteworthy that Diab considers the Presidents and Ministers Trial Council to be the competent authority to follow up on this case, and refuses to appear before the judicial investigator.

Also, Parliament did not respond to the judicial investigator's request to lift the immunity of its three members for investigation and prosecution.

A huge explosion in the port of Beirut on August 4, 2020 - which the authorities attributed to the storage of large quantities of "ammonium nitrate" without preventive measures - killed at least 214 people and injured more than 6,500 others.

It also led to widespread damage to the port and neighborhoods in the capital.

It later emerged that officials at several political, security and judicial levels were aware of the dangers of storing this substance and did not move a finger.

Bitar's move - who is facing accusations of "politicizing" the investigation, most notably issued by Hezbollah - came the day after he received a letter from the General Secretariat of the Council of Ministers, in response to a summons to Diab, who Bitar had set today for his interrogation, according to the judicial source.

Bitar was appointed to his position last February, succeeding the judicial investigator, Fadi Sawan, who was removed, after his claim last December against Diab and 3 former ministers, and none of them appeared before him.

This month, Human Rights Watch accused the Lebanese authorities of violating the right to life and the crime of negligence, after it revealed in an investigation the failure of political and security officials to follow up on the case of the "ammonium nitrate" shipment.

The Lebanese authorities refused to conduct an international investigation into the blast, but US and French investigators participated in the initial investigations independently.