Solar cells make it difficult for the rescue service to work

The Highlands Rescue Services Association wants to see stricter building regulations to facilitate the extinguishing of fires in houses with solar cells on the roof. At present, it can be risky as there is no common standard. - I would like to see a clearer set of rules, says Peter Fritz Johansson who is force leader at the rescue service in Vetlanda. 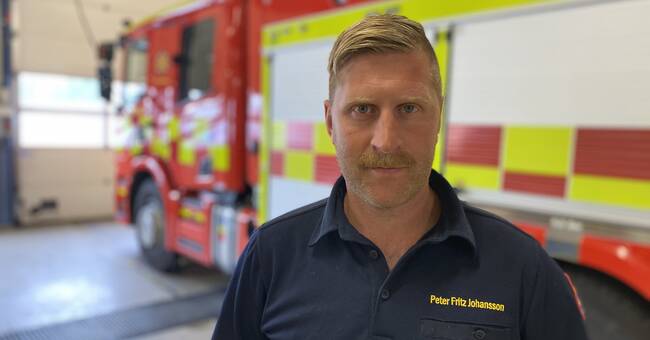 According to Peter Fritz Johansson, there are often clear drawings of how the solar cells are mounted and where the main switch is when the equipment is mounted on larger companies, but believes that it can vary more when it comes to solar cells on residential roofs.

- It can be a danger for our staff, says Peter Fritz Johansson.

Solar cells are becoming more common on buildings, but at present there is no common standard for installation from a fire safety point of view.

Earlier this week, a farm hotel in Laholm burned to the ground and according to the police, the cause of the fire is judged to be solar cells.

However, according to the Swedish Civil Contingencies Agency, MSB, it is very unusual for solar cells to cause fires.

On the other hand, solar cells are something that the rescue service must increasingly take into account as they become more common and they risk making firefighting work more difficult.

In the clip above, you hear what difficulties the rescue service can have when they have to put out a fire in a house that has solar cells on the roof.