The man suspected of murdering Helena Andersson in Mariestad in 1992 denies any wrongdoing. On Wednesday afternoon, the arrest hearing began, which is now taking place behind closed doors. He has been requested to be detained for probable cause, the higher degree of suspicion. 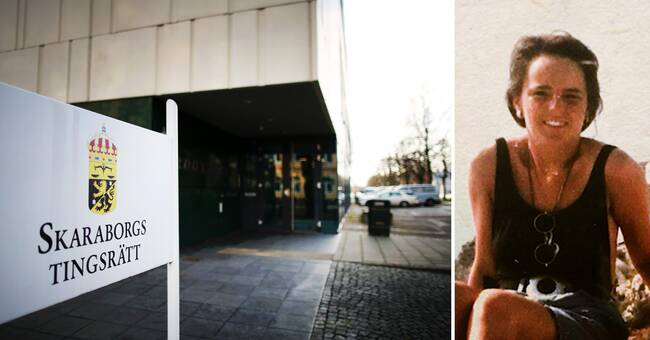 Helena Andersson was 22 years old when she disappeared in connection with a night out in Mariestad on the night of June 14, 1992. The next day, Helena's sandals and two of her rings were found near her parents' home.

Her body has never been found.

Over the years, several people have been suspected of involvement in Helena's disappearance.

On Monday, the man was arrested, a Mariestad resident who is now in his 60s.

The arrest hearings are being held in Skaraborg District Court in Skövde.

- He stumbled into the hall with a white blanket over his head, says SVT Nyheter's West's reporter who is on site during the arrest hearing.

The man denies the crime through his defense lawyer Thomas Berner.

The arrest hearing is being held behind closed doors.

In the video, you get a summary of what has happened in the Helena case - in 60 seconds.

Helena Andersson disappeared in 1992 - in the video you get a summary of the case.