"Super-promising machine": what are the capabilities of the Russian anti-aircraft complex "Pantsir-S1M"

Rosoboronexport signed the first contract for the supply of the latest Pantsir-S1M anti-aircraft missile and gun systems. This was reported by the press service of the company during the Army-2021 International Military-Technical Forum. The new "Carapace" has improved stealth and noise immunity of combat work, as well as improved fire performance per unit of time. In addition, the range of target destruction has increased. ZRPK can destroy aircraft, helicopters, cruise missiles, drones, and is also capable of firing at ground targets. According to analysts, over the years of operation, "Pantsiri" have proven themselves well and will be in demand for a long time both in Russia and abroad. 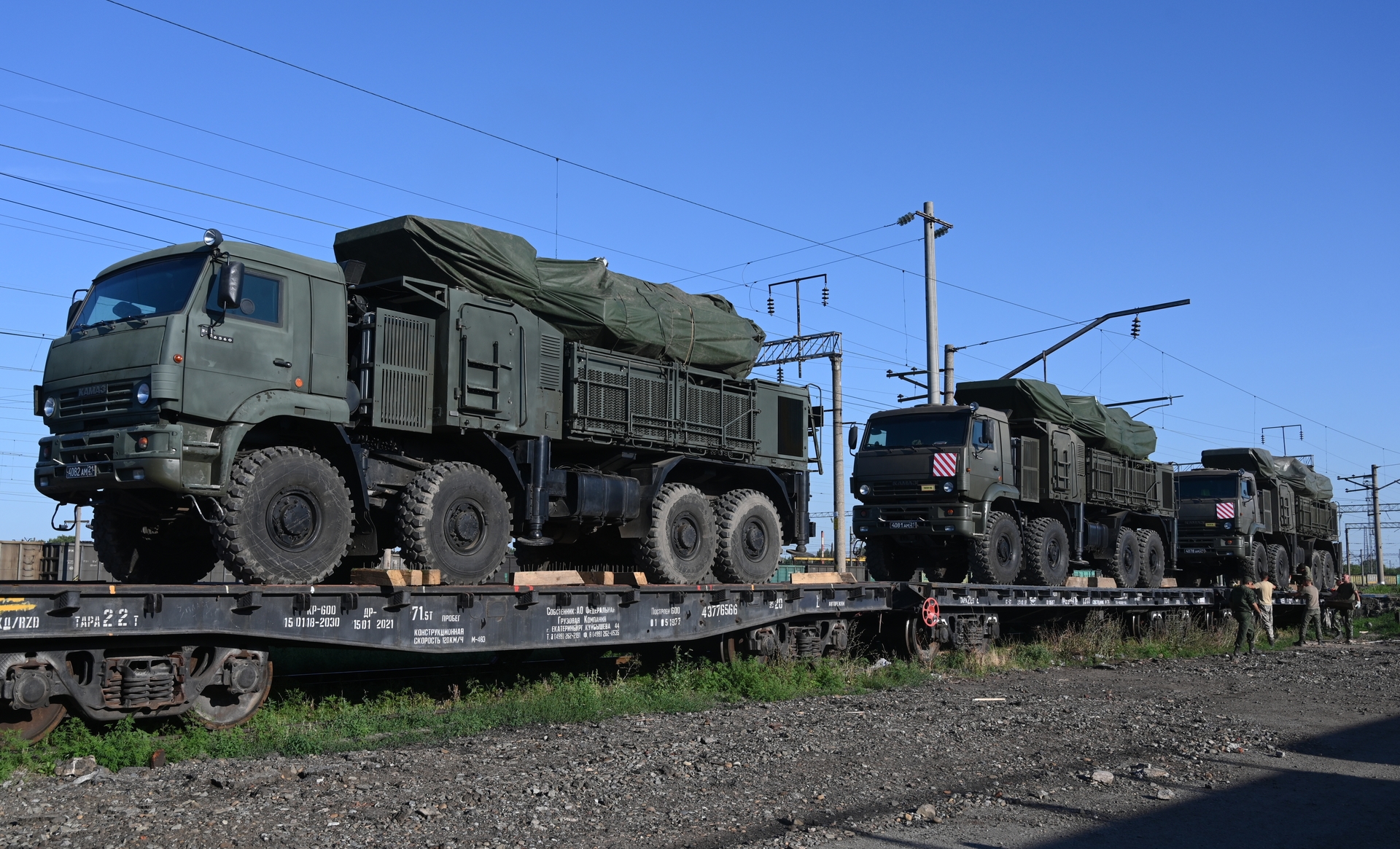 Rosoboronexport signed the first contract for the supply of the modernized Pantsir-S1M anti-aircraft system during the Army-2021 International Military-Technical Forum.

This was reported in the press service of the company, reports TASS.

At the same time, Rosoboronexport did not specify in which country the complex will be delivered.

Pantsir-S1M is an export version of the modernized Pantsir-SM air defense missile system intended for the Russian army.

In the course of work on improving the complex, the secrecy and noise immunity of its combat work were increased, as well as the fire performance per unit of time was improved.

In addition, the modernized "Pantsir" will use new missiles with a large radius of action, due to which the range of target destruction has increased from 20 to 30 km, and the height - from 15 to 18 km.

In general, the volume of the zone protected by the complex has been increased threefold.

At the same time, the new "Pantsir-S1M" is also compatible with old missiles.

Earlier, Bekkhan Ozdoev, industrial director of the arms cluster of the state corporation "Rostec", said in an interview with RIA Novosti that the tests of "Pantsir-SM" for the Russian army continue.

"Pantsir-SM" is currently still at the testing stage.

When these complexes get into the troops, they will provide an air security issue for decades to come.

This is the most modern technology that is capable of fighting missiles and drones, lightly armored ground and even surface targets, ”Ozdoev said.

The Pantsir complex was developed at the Tula Instrument Design Bureau (KBP).

The first production version of this device was adopted by the Russian army in 2012.

In addition, it can be used to strengthen air defense groupings when repelling massive air strikes and ensuring the destruction of lightly armored ground targets.

As noted on the website of the state corporation "Rostec", the complex is most effective when using several "Pantsir" at the same time.

Each vehicle can work on four targets simultaneously, so, for example, a group of four air defense missile systems can hit 16 targets.

One of the distinguishing features of this air defense missile system is its missiles, which use radio command guidance with infrared and radar tracking.

At the same time, the low cost of the rocket is achieved due to the fact that the ground complex directs it to the target, and not its own guidance head.

“We have removed everything unnecessary from the rocket, making it as simple and fast as possible.

The aiming head is not on the rocket itself, but on the ground, where you can come up with more complex algorithms.

As a result, we got very inexpensive ammunition.

This is a fundamentally important moment, given how the air attack means are developing, "said Valery Slugin, chief designer for anti-aircraft themes at the Tula KBP.

Each "Armor" is equipped with 12 missiles.

In addition to missile weapons, the ZRPK has two 30-mm 2A38M double-barreled anti-aircraft guns capable of striking "air and ground targets in the zone in terms of range - up to 4 km, in height - up to 3 km," the KBP website says.

Ammunition has 1,400 rounds, and the rate of fire reaches 5 thousand rounds per minute.

According to Rostec, one of the main advantages of the Pantsir is its mobility.

In addition, the complex can operate in a wide temperature range and fire on the move.

“Another important advantage of the Pantsir is its mobility.

The modularity makes it easy to move the system, as well as place it on any chassis.

At the same time, climatic conditions do not become an obstacle for "Pantsirei" travel: the complex is capable of functioning at extremely high and low temperatures.

It should be noted that KBP has released several modifications of the "Pantsir" on various chassis.

The most famous is the version based on the KamAZ truck.

In addition, a special modification for the Arctic - "Pantsir-SA" was developed.

On the basis of Pantsir-S, the KBP also developed a naval version - Pantsir-ME.

This air defense missile system is equipped with eight anti-aircraft guided missiles, in addition to which another 32 missiles are in the below-deck storage.

In an interview with RT, the founder of the Military Russia portal, Dmitry Kornev, noted that the Pantsir complexes have proven themselves well both in Russia and abroad over the years of operation.

The Pantsir-S1, which was adopted by the Russian army, turned out to be very successful, and its appearance was timely.

It is necessary for the last line of air defense when protecting such objects as headquarters, factories, nuclear power plants.

In addition, it can work in conjunction with longer-range air defense systems, protecting them from impact.

For example, with the S-400 air defense system, which works great at medium and long range, but if the target somehow made it into the near zone, then difficulties can arise.

This is where "Pantsir" comes into play, - said the analyst.

A similar opinion is shared by a military expert, director of the Air Defense Museum in Balashikha, Yuri Knutov.

“The project is successful in all respects.

Its main advantage is the presence of missile weapons and a 30-mm cannon, which allow it to fire at ground and air targets, "he said in an interview with RT.

Dmitry Kornev added that "Pantsiri" can successfully hit not only aircraft and helicopters, but also drones, cruise missiles and unguided shells.

“We are used to understanding air defense as protection from aircraft and helicopters, but this concept is broader today.

Dmitry Kornev believes that one of the features of the Pantsir air defense missile system is the ability to work in conjunction with other air defense systems.

“This air defense missile system can be integrated into modern information systems for organizing air defense, which ensure the interaction of radars and anti-aircraft missile systems of various types.

This allows these air defense systems to complement each other.

For example, the S-400s work at long-range targets, while the Pantsir reflects the targets of the last line.

The result is an echeloned defense, ”explained Dmitry Kornev.

According to Yuri Knutov, "Pantsir" will be in demand among the troops for a long time.

“In general, this machine is super-promising, it will be in demand in our country and abroad for a long time. Now it effectively works with the S-300 and S-400 complexes, protecting them from drones, cruise missiles, and sabotage groups. I expect that the new Pantsir will work with the new S-500 air defense system, ”the analyst concluded.