The Taliban have made a decision of their own for Cuba: to prohibit Afghans from leaving the country. This was announced by the spokesman of the movement, Zabihullah Mujahid, declaring ... 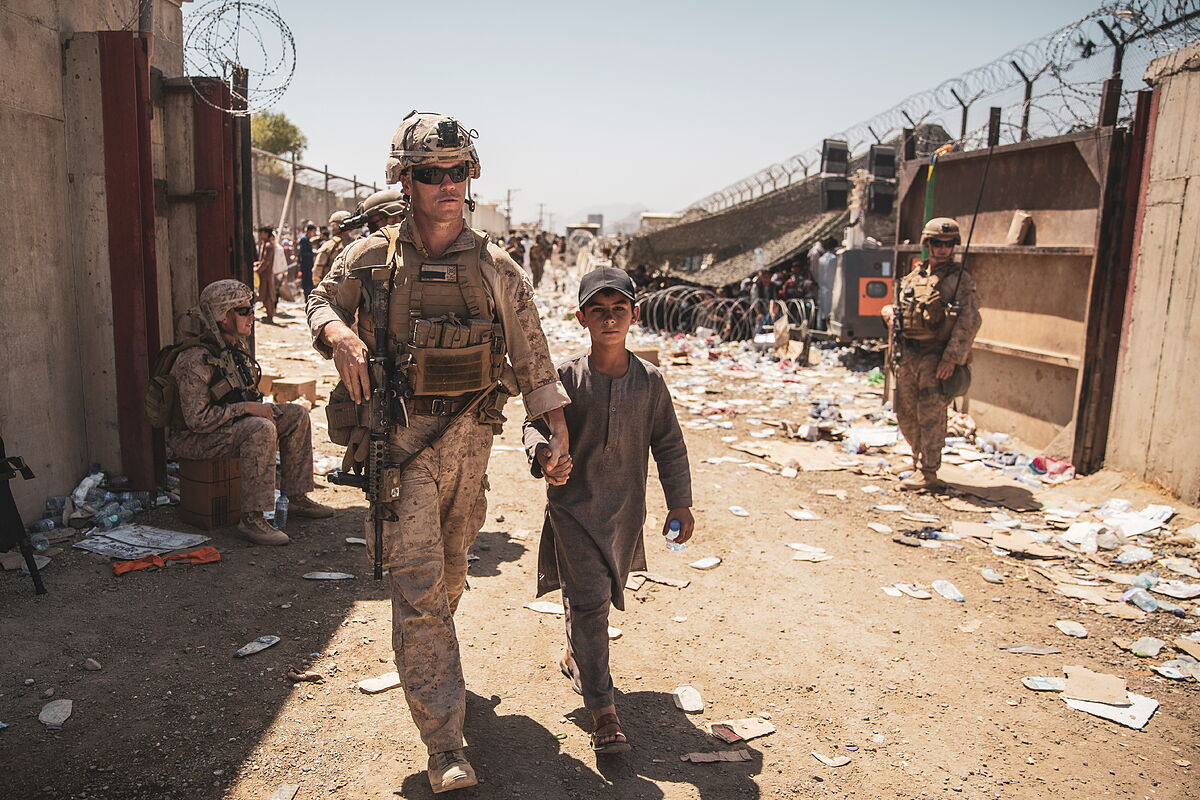 The Taliban have made a decision of their own for Cuba: to prohibit Afghans from leaving the country. This was announced by the movement's spokesman, Zabihullah Mujahid, declaring that his militiamen will

to the Kabul airport, where thousands of people are concentrated in appalling conditions, which have caused the

of them in the last few days by dehydration, crushing, heart attacks, and also by shooting by the Taliban. The militia has controlled access to the airport with whips, shooting - sometimes in the air, other times at people - and stoning civilians.

The Taliban's decision comes when there are still tens of thousands of people who have worked for the international coalition, the UN, humanitarian agencies and NGOs stuck in the country.

Reports from Afghanistan reveal that the Taliban are conducting a hunt against these Afghans.

When they can't find them, they murder their families

The reason given by Mujahid is that

, our engineers, our doctors, our teachers, all those who are educated.

The country needs their talents

, and they should not be taken to other countries."

The president of the United States, Joe Biden, has accepted all the conditions of the Afghan Taliban, and has rejected those of the G-7 allies. At an extraordinary G-7 summit held by video conference today,

Biden, who has only spoken for seven minutes, has flatly rejected the idea of ​​extending the airlift for the evacuation of Kabul

for the tens of thousands of Afghans who have collaborated with Western troops, with multilateral agencies, with companies and with NGOs, and who are now being hunted by the new owners of Afghanistan.

Biden has agreed to the Taliban's demand

that the airlift end on August 31. The superpower has completely yielded to the threat of the fundamentalists, who have not beated around the bush or shown any desire to negotiate or show flexibility. This was made clear on Monday by one of the militia's spokesmen, Surhai Saheen, who described, simply and simply, the continuation of the airlift beyond August 31 as a "red line".

Speaking to the British television network Sky News, Saheen said that "it is a red line. President Biden announced for August 31 the withdrawal of all military forces. Therefore, expanding that means expanding the occupation, and there is no need for it ".

Shaheen's cynicism is considerable, given that the date of August 31 referred to the troops fighting the Taliban, not those who are taking Afghans out of Afghanistan to prevent the Taliban from killing them or bringing them back to live in the country. Stone age.

Still, Biden's response has been clear, unequivocal, and firm: whatever the Taliban want.

Saheen went further, threatening the US and the UK with "consequences" if the airlift continues.