In Afghanistan, the Hazara minority fears that twenty years of achievements will fly away

If the Taliban officially hold a discourse of inclusion, the Hazara, a historically marginalized minority in Afghanistan, are convinced that the acts of the jihadist group on the ground do not ... 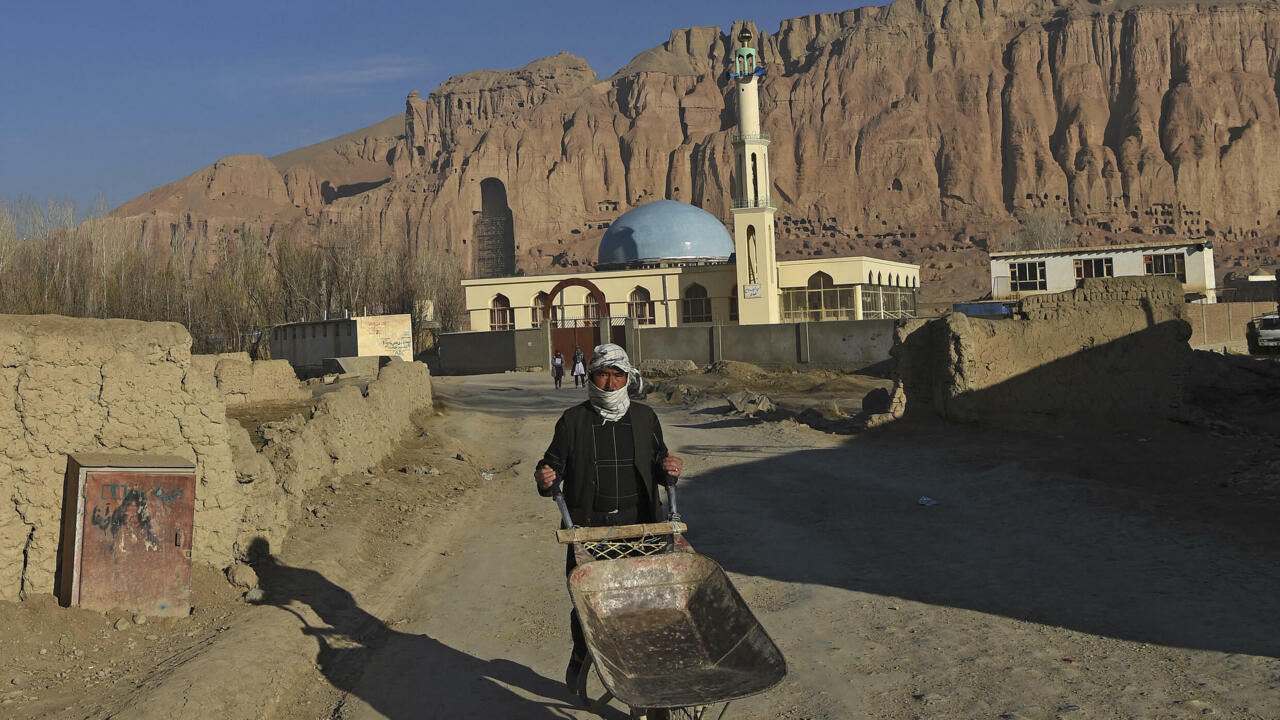 Ali Hussein * was immediately shocked when he saw on social media the photos of the beheaded statue of an Afghan Hazara leader in Bamiyan province, just days after the fall of Kabul to the Taliban, in Afghanistan.

These pictures were sent to me- the Taliban reportedly blew up slain #Hazara leader Abdul Ali Mazari's statue in Bamiyan.

In the 90s they executed him.

Given Bamyan Buddhas were blown up & archaeological sites destroyed, is anything being done to protect artefacts?

In the photos, all that remains is the plinth on which was placed the seated figure of Abdul Ali Mazari, leader of the anti-Taliban resistance.

Other images circulating on Twitter show the turbaned head of the former ruler abandoned amid shards of the stone statue.

In Bamyan of Afghanistan, the Taliban exploded a statue of Abdul Ali Mazari, a leader of Hazara ethnic group who was killed by the Taliban in 1996, said local people.

For Hazaras, Mazari is a champion in the long Afghan war.

Ali Hussein was in the Indian capital, New Delhi, when the Taliban took control of Kabul on August 15.

But as a member of the Hazara ethnic group, predominantly Shiite and historically oppressed, he immediately worried about his family who remained in Afghanistan.

The images of the beheaded statue of Abdul Ali Mazari, who died under Taliban torture in 1995, were ominous for him.

"I immediately thought that the Taliban had not changed at all. They killed Ali Mazari and now they are attacking his statue," Ali Hussein told France 24 from New Delhi.

"Ali Mazari was a great political figure, he was a leader for us. I told myself that the worst was yet to come for us. And I dreamed of being able to evacuate my family."

A symbolic monument for the Hazara

With media attention focused on events in Kabul, very little information has circulated about the incident.

"We don't know who blew up the statue, but there are different Taliban groups here, some [coming from a particular Afghan district] are known for their brutality," a resident told AFP. Bamiyan, asking not to be named.

Another resident, who asked to be identified only as Zara, blamed the Taliban more directly, saying a group of their fighters used a rocket launcher to damage the sculpture.

"The statue is destroyed and the people are sad, but also scared," she said.

In recent days, many activists and politicians in Bamiyan have turned off their mobile phones following reports of Taliban surveillance and house searches.

Those who remain reachable have mostly stayed at home since the fall of Kabul and only comment on anonymity, fearing for their safety.

“It is not known if the statue was hit by rockets or if it was blown up. The Taliban did not claim responsibility for the attack, but it sends a very strong symbolic signal, as the majority of Hazara see in (Ali ) Mazari, a political leader killed in captivity by the Taliban, ”said Niamatullah Ibrahimi, professor of international relations at La Trobe University in Melbourne.

Democracy, a way out of marginality

Twenty years after provoking an international outcry by dynamiting the statues of Bamiyan Buddhas, the Taliban now claim to be more moderate.

But many Afghans doubt it, especially minorities - notably women and Hazara - who suffered the worst of the Taliban's repressive policies in the 1990s.

"The Hazara fear that the Taliban will restore the policies of the 1990s. However, they have been key players in the democratic political process, in civil society and in human rights groups," explains Niamatullah Ibrahimi.

Hailing from the isolated and impoverished highlands of central Afghanistan historically known as Hazarajat, the Hazara, with their distinctive Mongolian traits and embrace of Shiism, have long been persecuted by Afghan, predominantly Sunni and Pashtun rulers.

The situation changed after the fall of the Taliban in 2001, when the first Afghan president, Hamid Karzai, attempted to establish a system of co-optation that took into account different ethnic groups.

Seeing democracy as a means of escaping their marginalization and poverty, the Hazara have fully embraced the nascent democratic system of Afghanistan, notably by participating massively in the various elections.

At the same time, presidential candidates have regularly sought out Hazara running mates in an attempt to win the vote of this community.

"The Hazara have placed so much hope in the current political process. Now they see everything collapsing," says Niamatullah Ibrahimi.

The fear of a return to repression

The Taliban's repeated statements that democracy is a Western concept and their vague assurances of an inclusive administration "in accordance with Islamic principles" have done little to allay the fears of the Hazara, according to Niamatullah Ibrahimi.

This concern is accentuated by an Amnesty International report published on Friday which describes the massacre of nine Hazara by the Taliban in Ghazni province between July 4 and 6.

According to this document, one of the victims died under torture after being strangled and slashed by her attackers.

In New Delhi, where he is waiting for a visa to join Germany and start a postgraduate course at a university, Ali Hussein is extremely worried for his family.

“My siblings are trying to leave Afghanistan through Pakistan or Iran, but the borders are closed. When I left in July, I felt the situation was going to get worse. When my parents said goodbye to me. , we thought maybe this was our last farewell. But I didn't expect the country to collapse so quickly - no one expected it. I'm worried. I'm spending my days and my nights trying to get people out of Afghanistan. I'm afraid life will become very difficult and I live in fear of what lies ahead for the Hazara. "

This article was adapted from English by Bahar Makooi.

The original article can be found here.