His Highness Sheikh Hamdan bin Mohammed bin Rashid Al Maktoum, Crown Prince of Dubai and Chairman of the Executive Council, directed an increase in the proportion of students affiliated with "Dubai Schools" in its first academic year by 50% over the previously announced number (800 male and female students), due to the great turnout that Schools witnessed during 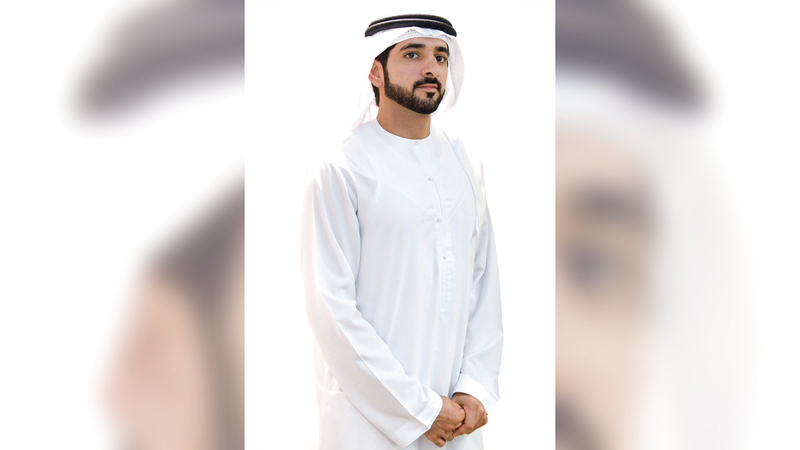 Preparing to welcome students into the new school year

His Highness Sheikh Hamdan bin Mohammed bin Rashid Al Maktoum, Crown Prince of Dubai and Chairman of the Executive Council, directed an increase in the proportion of students affiliated with "Dubai Schools" in its first academic year by 50% over the previously announced number (800 male and female students), due to the great turnout that The schools witnessed during the registration period, bringing the number of students to nearly 1,200 for the academic year 2021-2022.

This came in line with the vision of His Highness Sheikh Mohammed bin Rashid Al Maktoum, Vice President and Prime Minister of the UAE and Ruler of Dubai, to empower future generations.

The Steering Committee of Dubai Schools, headed by the Secretary-General of the Executive Council of Dubai, Abdullah Al Basti, inspected the readiness of “Dubai Schools” in its two branches in Mirdif and Al Barsha and their facilities, and their preparations to open their doors with the start of the new academic year, August 29.

Al Basti stressed that education is an essential pillar in building a prosperous society based on a knowledge economy that is able to adapt to challenges, keep pace with aspirations and seize opportunities, and our goal in Dubai Schools is to prepare a generation armed with the knowledge, knowledge and skills necessary to be the protective shield for this nation and the supportive arm in its renaissance and development.

He added: “We value the efforts of those in charge of creating the appropriate environment for students before the start of the new academic year, starting with the work team from the bodies represented by members of the Dubai Schools Steering Committee, the Dubai Municipality, the Roads and Transport Authority, in addition to the education company, stressing the importance of the role played by the administrative team to start school year".

In turn, Director General of the Department of Finance in the Government of Dubai, member of the Steering Committee for Dubai Schools, Abdul Rahman Saleh Al Saleh, stressed: “Dubai schools are a model for a fruitful partnership between the public and private sectors, aimed at contributing to the development of the education sector in the Emirate of Dubai and improving its outcomes, to become a role model in Therefore, the Dubai Schools Steering Committee finds itself, in light of the supreme directives, keen to follow up the stages of school achievement, review and evaluate its outputs at each of its approved stages, and submit it to His Highness the Chairman of the Executive Council for approval, as well as submitting periodic reports on the achievements, challenges and recommendations, in order to Schools are becoming one of the driving forces behind Dubai’s march towards the future.”

For his part, Director General of the Knowledge and Human Development Authority in Dubai, Dr. Abdullah Al Karam, said: “Dubai schools will constitute a qualitative addition that enhances the diversity of educational options available to parents in the Dubai school education system,” pointing out that the positive cooperation between the public and private sectors to build sustainable partnerships would contribute. Positivity in designing future models for Dubai schools that focus on the quality that our students obtain as a priority for all of us, and at the same time meet the needs of each parent, in addition to serving the development process in the emirate.

Ahmed Julfar, Chairman of the Board of Directors of the Knowledge Fund in Dubai, confirmed that “Dubai Schools” begins with the beginning of the new academic season a new stage in the education and development process in Dubai through its pioneering model based on the best international education standards while preserving the national identity, which helps to Raising a properly established generation to face the challenges of the future and excel and compete in various fields.

The Dubai Schools Steering Committee began the inspection visit by reviewing the readiness of Dubai schools in its two branches, Mirdif and Al Barsha, by inspecting the school facilities that were engineered in a thoughtful way, and enhance the educational environment attractive to students, which contributes to enriching their personalities, and providing them with life skills that enable them to prepare for the future, and create an environment A school that incubates, secures and stimulates the values ​​of trust, cooperation, and academic excellence.

The new academic year begins with the enrollment of 1,200 male and female students at Dubai Schools, where Dubai Schools provides an educational model based on academic quality and a qualified and trained teaching staff in accordance with international best practices, with a total of 170 employees between Mirdif and Al Barsha branches.

• 1200 male and female students in the "Dubai Schools" study.