On the 23rd, General Secretary Xi Jinping came to Moon Mountain of Saihanba Mechanical Forest Farm in Hebei Province to observe the natural landscape of the forest farm, listen to the introduction of Hebei's overall promotion of the management of landscape, forest, lake, and sand system and forest farm management and protection, and visit the forest rangers.   Saihanba, this "green pearl" locat 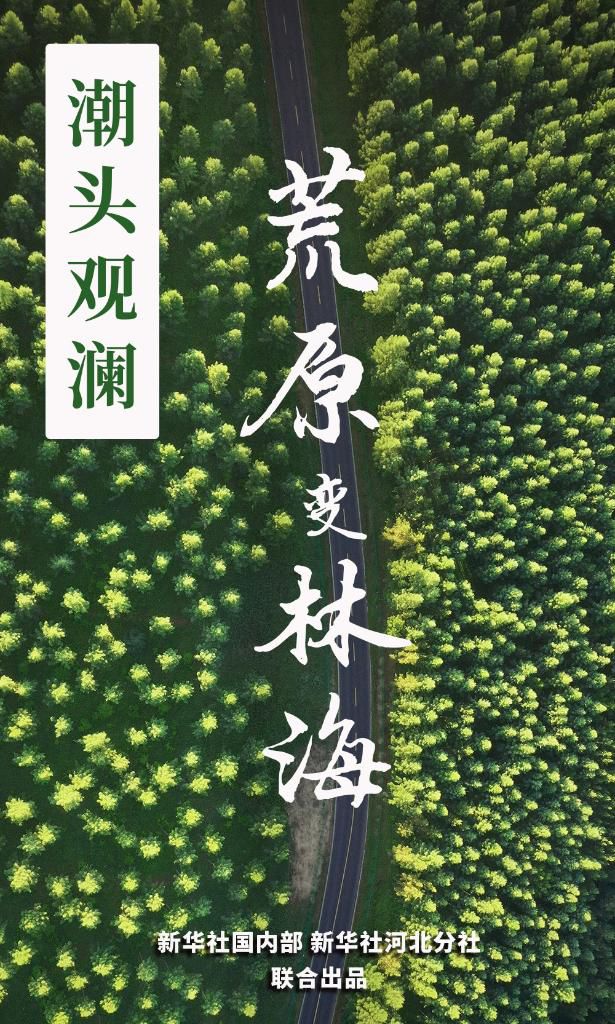 On the 23rd, General Secretary Xi Jinping came to Moon Mountain of Saihanba Mechanical Forest Farm in Hebei Province to observe the natural landscape of the forest farm, listen to the introduction of Hebei's overall promotion of the management of landscape, forest, lake, and sand system and forest farm management and protection, and visit the forest rangers.

Saihanba, this "green pearl" located in northern Hebei, was a wasteland with no birds and yellow sand covering the sky half a century ago.

Three generations of Saihanba Forest Farmers have persisted in planting trees for more than 50 years, and watered millions of acres of artificial forests with green waves with sweat.

This "beautiful mountain" is located in the northern part of Chengde City, Hebei Province and the southern edge of the Hunshandake Sandy Land in Inner Mongolia.

Beginning in the second half of the 19th century, trees were cut down due to reclamation, and virgin forests gradually degraded into wasteland and sand, and wind and sand were raging.

In the early 1960s, New China was determined to build a large state-owned forest farm to restore vegetation and block wind and sand.

In 1962, 369 entrepreneurs with an average age of less than 24 years old rushed to Saihanba from all directions, starting their business in the snowy wasteland.

Nibbled heads, drank snow water, lived in shack... Saihanba Forest Farm people worked hard with unimaginable sacrifice and will. Three generations of hard work for more than half a century turned the wasteland into an oasis for the Beijing-Tianjin-Hebei region. A green ecological barrier is built in the area to prevent wind and sand, and conserve water.

In August 2017, General Secretary Xi Jinping gave important instructions on the touching deeds of the builders of Hebei Saihanba Forest Farm, and praised the builders of Hebei Saihanba Forest Farm for "creating the miracle of the wasteland turning into forest and sea, and interpreting the green water with practical actions." Qingshan is the concept of Jinshan Yinshan, which has created the Saihanba spirit of keeping in mind the mission, hard work and green development."

In that year, the builders of Saihanba Forest Farm won the highest honor for environmental protection of the United Nations-the "Guardian of the Earth Award".

On December 5, 2017, at the headquarters of the United Nations Environment Programme in Nairobi, Kenya, Chen Yanxian, the representative of the first generation forester of Saihanba, delivered an acceptance speech at the award ceremony.

This piece of the world's largest artificial forest deserves it!

If the trees in Saihanba are arranged at a distance of one meter, they can circle the earth's equator 12 times. These trees can release nearly 600,000 tons of oxygen each year.

Green, soaked in Saihanba, also grows on the land of China, in everyone's heart.

Since the 18th National Congress of the Communist Party of China, General Secretary Xi Jinping has personally planted greenery every spring.

At many tree planting sites in Beijing, saplings were planted, and the concept of "ecology first" and "continuous effort, long-term success" was also planted.

This is General Secretary Xi Jinping and the Young Pioneers together watering the newly planted saplings.

This is also China's green contribution to the world-from 2000 to 2017, the global green area increased by 5%, and the increase in vegetation in China alone accounted for more than 25% of the global increase, ranking first in the world.

Just as crops need to be watered, weeded, and fertilized, forest and grass resources also need to strengthen their ecological functions through strengthening tending operations.

On July 12, 2017, the staff collected data at the Saihanba Mechanical Forest Farm.

The "Fourteenth Five-Year Plan for Forestry and Grassland Conservation and Development Plan" issued a few days ago proposes to adhere to equal emphasis on stock increments, unified quantity and quality, scientific precision and fine management, and comprehensively improve the level of scientific greening.

This means that for a period of time in the future, my country's land greening will shift from focusing on quantity to both quantity and quality.

Changes in value: from selling timber to protecting green mountains and rivers

Once, timber accounted for more than 90% of the total income of Saihanba Forest Farm.

Beginning in 2012, Saihanba Forest Farm will reduce the amount of timber cut each year to reduce its dependence on timber.

Knowing the big account of development and protection, in recent years, the Saihanba Forest Farm has not only protected the forests, but also "flowered more" in areas such as nursery stocks, eco-tourism, and wind power.

In early August 2018, the forest farm completed the first 36,800 tons of afforestation carbon sink transaction, trying to realize the ecological value of the forest through the market mechanism.

Green water and green mountains are golden mountains and silver mountains-this is the essence of green development, and it also shows the bright prospects of ecological civilization construction.

"We must incorporate carbon peaking and carbon neutrality into the overall layout of ecological civilization construction, and show the strength to grasp the iron, and achieve the goal of carbon peaking by 2030 and carbon neutrality by 2060 on schedule." March 15, General Secretary Xi Jinping made a clear request at the ninth meeting of the Central Finance and Economics Committee.

As the largest carbon sink in terrestrial ecosystems, forests play an important role in regulating climate.

With the continuous consolidation and improvement of the carbon sink capacity of the forest and grass ecosystem, Saihanba's forest resources are more precious, and green has become a real wealth.