After this summer's bicycle boom in the mountains: "More information on mountain weather and safety is required"

There is a record interest in cycling in the mountains, but it places great demands on judgment. After this summer, many actors along the entire mountain range now state that more information is needed about mountain wisdom and safety. This emerges from a new survey. 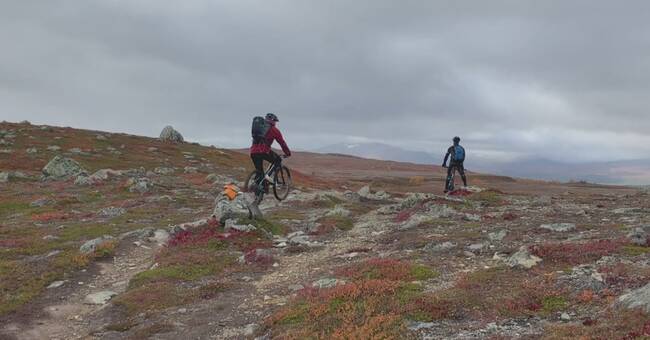 The Swedish Environmental Protection Agency's mountain safety council is behind the survey.

- Cyclists move at a faster pace than hikers, which places high demands on safety awareness and to show consideration for nature and other visitors, says Per-Olov Wikberg at the Swedish Environmental Protection Agency's mountain safety council.

Mountain biking has increased significantly throughout the mountain range.

Six out of ten players answer that more and more cyclists in the mountains now compared to five years ago.

It also entails an increased need for information about mountain wisdom and safety thinking.

All respondents fully or partially agree with the statement that "the need has increased to reach out with information about safety and mountain knowledge to visitors who cycle on paths and trails in the mountains."

There are no special traffic rules for cycling in mountain terrain, but cyclists should, among other things, give preference to hikers and be aware that cycling risks causing wear and tear on trails and paths, the Mountain Safety Council states.

- We also see that electric bicycles as a new phenomenon in the mountains are becoming more common. With an electric bike, it is easy and fast to travel longer distances, which can make visitors get further away than planned. But using an electric bike in the terrain is not covered by the right of public access, which means that you need to ask the landowner for permission, says Per-Olov Wikberg.