"The publication moved the case from a dead center": the prosecutor's office conducted an inspection of the case of the destruction of the martial arts club

After the publication of RT about the destruction of the "Warrior" martial arts club, the Khabarovsk prosecutor's office carried out a check. According to its results, police officers who did not take action were brought to disciplinary responsibility, and new episodes appeared in the case. According to the chairman of the club, Vyacheslav Pozdnyakov, the building was damaged in the amount of at least 4.5 million rubles. He hopes local authorities will help athletes with at least a temporary training facility. 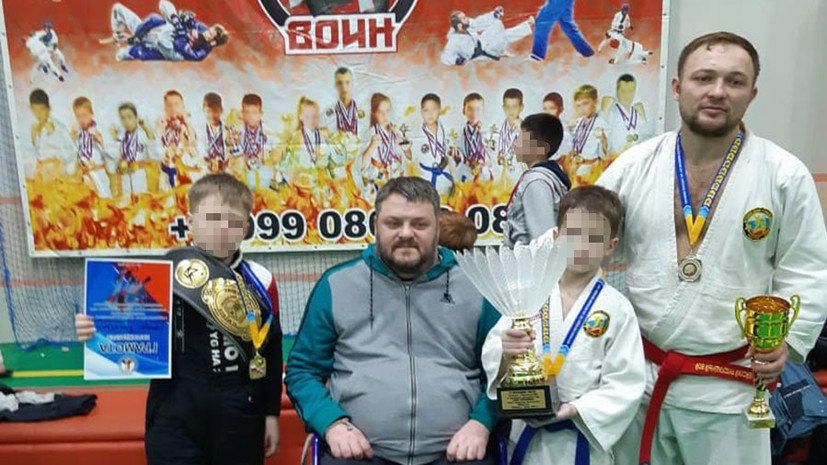 After the publication of RT about the destruction by the attackers of the building of the Khabarovsk sports club "Voin", the city prosecutor's office conducted a check, which confirmed the facts stated in the article.

Helped to get the ball rolling

As follows from the decree of the Deputy Prosecutor of the Zheleznodorozhny District of Khabarovsk (available to RT), the police officers who did not take timely response measures were brought to disciplinary responsibility.

In addition, additional materials were added to the initiated case under Article 167 of the Criminal Code (damage to someone else's property) based on the statements of the club's employees, according to which they had previously refused to initiate criminal proceedings.

The refusals to initiate criminal cases were annulled by the prosecutor's office as illegal.

A criminal case was also initiated on the fact of damage to the personal property of a club employee.

The man had his car damaged when he tried to stop the vandals.

According to the expert examination, the amount of damage was 200 thousand rubles.

“Your publication, as well as the appeals of our public organization to the plenipotentiary of the President of the Russian Federation in the Far Eastern Federal District, Yuri Trutnev, and to the prosecutor of the Khabarovsk Territory Nikolai Ryabov, who would like to express our gratitude for the promptness in considering the applications and understanding the situation, helped to move the case off the ground. "- said RT club chairman Vyacheslav Pozdnyakov.

He noted that the persons who destroyed the premises also took out building materials.

“That is, they committed theft in an open way with the use of violence and the threat of violence.

So far, there has been no decision to bring these persons to justice, ”he said.

Did not respond to calls

Earlier, RT talked about the situation in which the Khabarovsk martial arts club "Voin", established by the champion of Russia, the winner of the All-Russian and Far Eastern tournaments in army hand-to-hand fighting and judo, Vitaly Kolodyazhny found itself.

The athlete, who has been confined to a wheelchair since 2007, returned to the gym as a coach.

Many winners of Russian and international competitions were brought up under his leadership.

However, the athletes did not have time to enter the new hall.

In March 2021, unknown attackers literally began to dismantle the building.

The police, according to the athletes, did not respond to calls.

Vyacheslav Pozdnyakov does not exclude that the club could become hostage to a dispute between two business entities.

As RT was told in the press service of the Ministry of Internal Affairs of the Khabarovsk Territory, a businessman who sold the premises to athletes is undergoing legal proceedings for ownership.

However, the "Warrior" club notes that they acquired the premises after all the courts around the buildings were completed.

According to the athlete, among the people who broke the club, he allegedly recognized Kirill Yagodkin, who once represented the now closed fighting club "Master".

According to media reports, in fact, "Master" was a sign for a group of athletes who hunted racketeering and extortion.

In 2014, the founder of the club, Natig Allakhveranov, was sentenced to four years of general regime under Article 111 of the Criminal Code ("Causing grievous bodily harm").

As reported, he demonstratively beat one of the gang members who decided to break with the crime.

In addition, the victim was forced to pay 60 thousand rubles to leave the club.

In 2018, Natig's brother Anar Allakhveranov received 18 years in prison for the murder of powerlifter Andrei Drachev.

The expert at the trial was the founder of the "Warrior" club, Vitaly Kolodyazhny, who confirmed that a professional athlete should have been aware that his actions could lead to death.

We hope for help

The "Warrior" notes that the damage from the destruction of the building amounted to 4.5 million rubles.

It is not easy for athletes to solve this problem on their own.

“We hope for the help of our Acting Governor of the Khabarovsk Territory Mikhail Degtyarev with the allocation of at least a temporary premises for the children of our public organization, since our premises were criminally destroyed by criminals,” says Vyacheslav Pozdnyakov.

According to the athlete, additional checks are underway on the facts of theft of property.

In addition, as RT found out, the investigative department of the Investigative Committee began an investigation against police officers in accordance with Art.

144-145 of the Code of Criminal Procedure of the Russian Federation on the presence in their actions of signs of corpus delicti of negligence.

No decision has been made yet.