The start of a new political era in New York. Accused of sexual harassment, Andrew Cuomo is stepping down as governor after three consecutive terms. And it is his assistant Kathy Hochul who ... 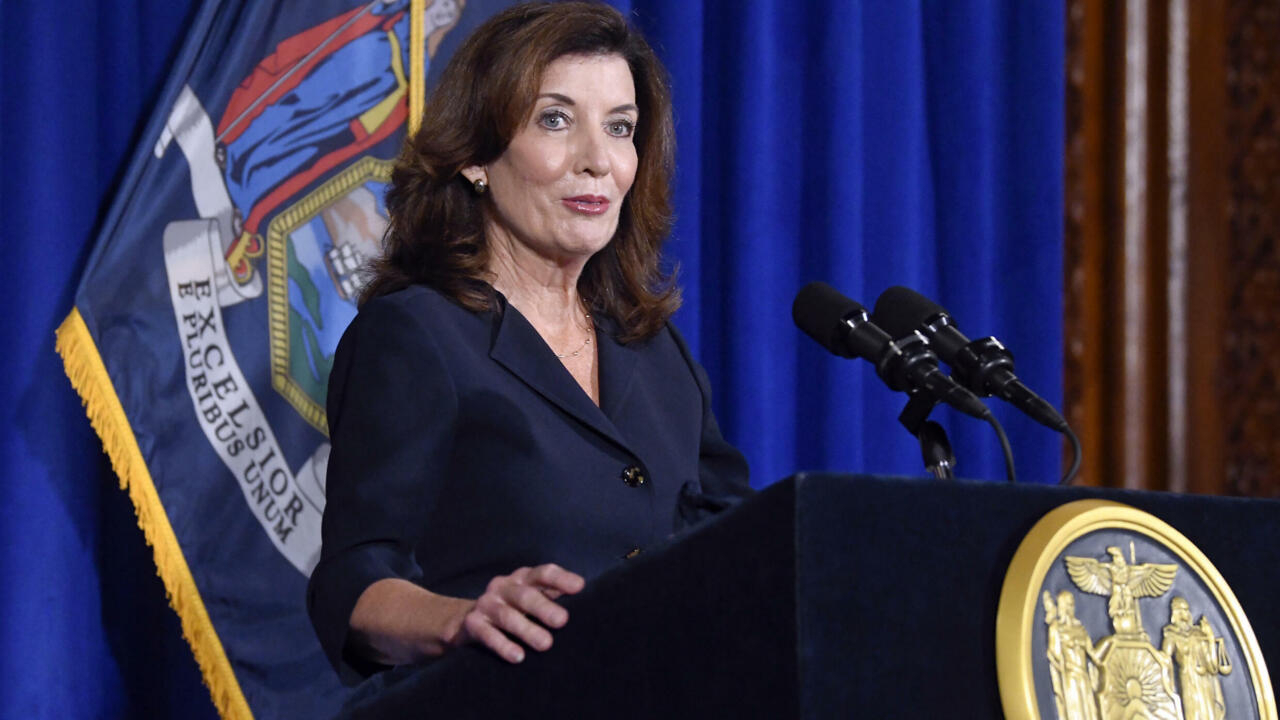 Kathy Hochul, then Vice Governor of New York State, at a press conference on August 11, 2021 in Albany.

The start of a new political era in New York.

Accused of sexual harassment, Andrew Cuomo is stepping down as governor after three consecutive terms.

And it is his assistant Kathy Hochul who takes over this Tuesday, August 24.

She thus becomes the first female governor of the State of New York.

She had been Andrew Cuomo's right-hand man since 2014 and didn't expect to be propelled to the top of America's fourth most populous state.

I didn't expect to be here, but I'm ready to accomplish my mission,

At 62, this unknown to the American public takes office this Tuesday and becomes the first woman governor of New York, after having spent all her life in politics.

First as parliamentary assistant in Washington, then in New York, until being elected to Congress, before joining Andrew Cuomo.

Of her, the former governor says she is smart and competent.

She is particularly known for her fight against domestic violence.

In New York, Kathy Hochul's skills will immediately be tested: the pandemic is on the rise, the New York economy is still in crisis or even crime… The list of burning issues is long.

Andrew Cuomo's departure reignites the race for the 2022 election. And if she is going to campaign for governor, Kathy Hochul will certainly face many adversaries.

To read also: The governor of New York "has sexually harassed several women", according to an independent investigation