In Tunisia, President Saïed's turn of the screw raises fears of a decline in freedoms 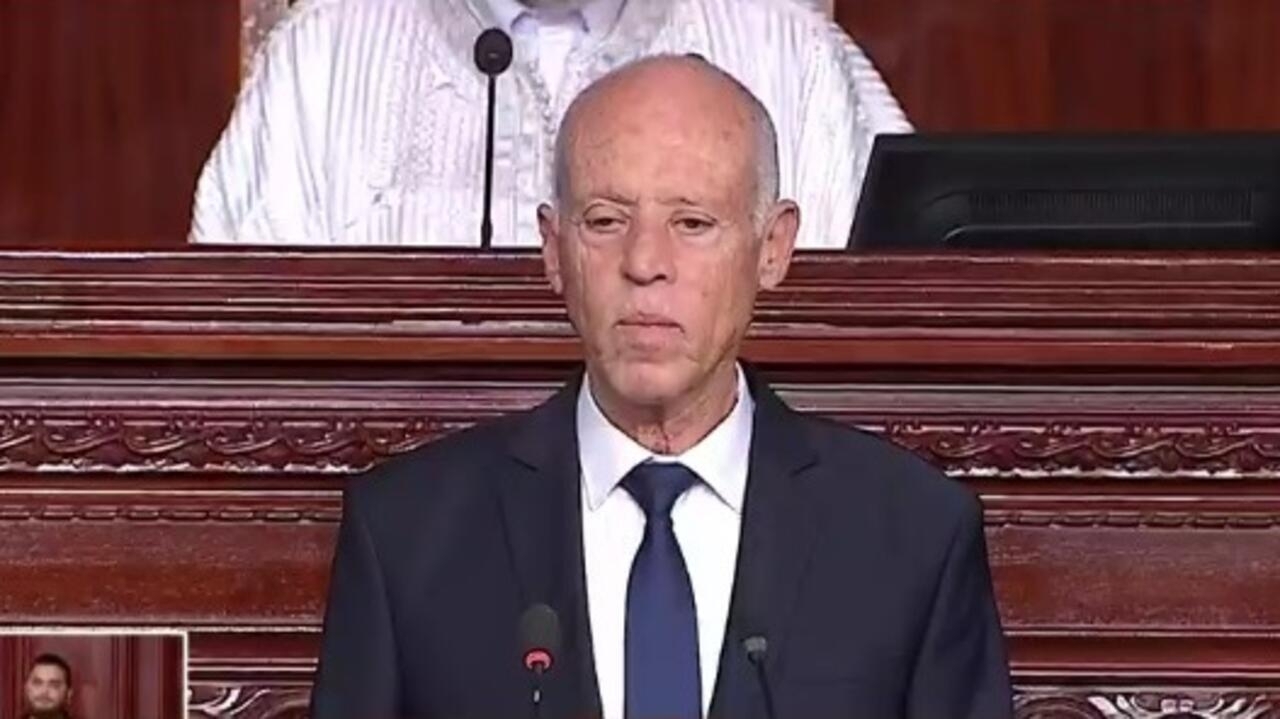 Since this shock decision to suspend Parliament for a month and to dismiss Prime Minister Hichem Mechichi, President Kaïs Saïed has still not appointed a new government or unveiled his "road map", demanded by several political parties and organizations. of civil society.

If Tunisia is the only country in the region to have persevered on the path of democratization after the Arab Spring, the international community is now worried about a regression. Several politicians, businessmen, magistrates or deputies - whose immunity was lifted by Kaïs Saïed - claim to have been banned from traveling at Tunis airport, or even to have been placed under house arrest without notice.

"Freedom of movement is a constitutional right that I undertake to guarantee," President Saïed assured this week.

"But some people will have to answer to justice before they can travel," he added.

Theorist of law, the Head of State has presented himself, since coming to power in 2019, as the ultimate interpreter of the Constitution.

And it relies on its article 80, which envisages exceptional measures in the event of "imminent danger" to national security, to justify the measures taken.

But for Sana Ben Achour, professor of public law, certain measures are akin to a "coup". Kaïs Saïed "has the power and, for him, he is the only one able to interpret the Constitution" and therefore holds all the powers, she recently told local media. Faced with these accusations, Kaïs Saïed regularly repeats that he is acting strictly "within the framework of the law" and of the Constitution adopted in 2014.

Many Tunisians have enthusiastically welcomed the measures of the President of the Republic: exasperated by their political class, they expect strong acts against corruption and impunity in a country where the social, economic and health situation is very difficult. .

But opponents, political parties, magistrates and lawyers who fear an "authoritarian drift" urge the president to present his strategy, while the exceptional measures are "renewable" after 30 days.

In a press release, 45 magistrates notably denounced "the appalling free and unprecedented attack on freedom of movement and travel" targeting some of their colleagues, "in the absence of any legal proceedings".

Ennahda, the main parliamentary bloc and opponent of the president, also denounced the unjustified house arrest by the Interior Ministry of Anouar Maarouf, a former minister and one of the leaders of this Islamist-inspired movement.

Le Courant Démocratique, a social democratic party which has repeatedly supported Kaïs Saïed, claimed that one of its deputies was banned from traveling to France, where his family resides in mid-August.

He denounced an "arbitrary measure (...) without judicial or administrative decision".

According to the Tunisian NGO I-Watch, 14 deputies are being prosecuted or have recently been convicted of various crimes and offenses, in cases of tax fraud, fraud, suspicion of corruption, conflict of interest or even sexual harassment.

Among them are Yassine Ayari, an independent deputy convicted by a military court in March 2018 for having criticized the army, but also Faisal al-Tebbini, another independent tried for defamation. On Friday, it was the former head of the National Anti-Corruption Authority, Chawki Tabib, who claimed to have been under house arrest. Former president of the Bar Association, he denounced on Facebook "a flagrant violation" of his "rights guaranteed by (...) law". This claim could not be confirmed with the authorities.

The media are also in the sights.

In the aftermath of the president's coup, police officers closed, without explanation, the office of the Qatari channel Al-Jazeera in Tunis, considered by some Tunisian politicians to be close to Ennahda, which the channel denies.

"Removing Ennahda from power and its allies who have led the country to the dramatic situation it is experiencing, he (Saïd Saïed, Editor's note) should not, however, feel free (...) to give the coup de grace to the young democracy at the end of its rope ", summarized on Saturday on Facebook Kamel Jendoubi, a former minister and human rights defender.

As the month-long parliamentary suspension soon comes to an end, President Saïed is expected to speak in the coming days.

According to Sana Ben Achour, it is likely that he will prolong this suspension and decide on a new, temporary organization of the public authorities.