"Collected information about promising developments in the field of small arms": a Ukrainian spy was detained in Tula

FSB officers in Tula detained an agent of the special services of Ukraine red-handed, who was collecting state-secret data on promising developments in Russian small arms. This was reported by the FSB Public Relations Center. It is noted that the detainee was recruiting Russian citizens working at defense enterprises and having access to classified documents. A criminal case of espionage has been initiated against a citizen of Ukraine; he faces up to 20 years in prison. 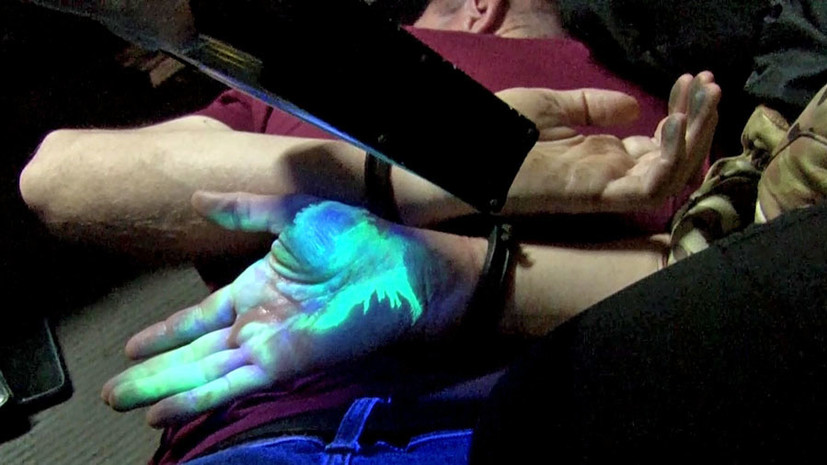 In Tula, officers of the Federal Security Service of Russia detained a citizen of Ukraine red-handed.

He collected information constituting a state secret regarding the latest weapons and secret technical documentation for them.

“As a result of the operational-search measures, it was established that the foreigner, on the instructions of the intelligence services of Ukraine, was searching for employees of Russian defense enterprises from among the secret carriers.

Its goals were recruiting the Russians and obtaining from them information protected by law on promising developments in the field of small arms, ”the statement says.

A criminal case was initiated against the detained Ukrainian under Article 276 of the Criminal Code of Russia (“Espionage”).

He faces up to 20 years in prison.

The press service of the FSB stressed that the investigative actions are continuing.

The video captures the arrest of the suspect, which took place in the garage.

After the arrest, the man was laid on the floor and fingerprinted with an ultraviolet lamp.

According to the president of the International Counter-Terrorism Training Association, retired FSB Lieutenant Colonel Joseph Linder, Ukraine's espionage and agent activities in relation to the Russian Federation are only gaining momentum.

“This undeclared war is constantly being waged - since 2014, after the events on the Maidan in Kiev, this process has increased dramatically.

Our security forces are constantly developing, this is not a one-time process, today there was a detention, but operational development can be carried out from several months to several years.

Because it is necessary to very carefully collect the evidence base or detain a foreign intelligence officer red-handed, "he explained in an interview with RT.

Cases of detention of Ukrainian spies

Since the beginning of 2021, several cases of criminal acts committed in the interests of the Ukrainian special services have been recorded in Russia.

In March, the Sevastopol City Court found a local resident born in 1955, who was detained back in November 2019, guilty of high treason for transferring secret information to Ukrainian intelligence.

She was sentenced to 12 years of imprisonment in a general regime colony with restriction of freedom for one year.

In mid-April, the Consul of Ukraine Alexander Sosonyuk was detained in St. Petersburg, who was trying to obtain information of a classified nature during a meeting with a citizen of the Russian Federation. The FSB noted that Sosonyuk's activities were hostile towards Russia and were incompatible with the status of a diplomatic worker. According to the diplomat, he was interested in various databases, in particular, information on registration numbers of cars, on criminal cases and on registration.

Later that month, a Russian was arrested in Sevastopol on suspicion of spying for Ukraine.

He purposefully collected and transmitted to Kiev information constituting a state secret on the activities of the Black Sea Fleet, the leakage of which abroad could damage the state's defense capability.

A criminal case was initiated against the detainee under Art.

275 of the Criminal Code of the Russian Federation (“High treason”).

In early June, Russian FSB officers detained Aleksey Semenyaka, who worked in the interests of the Ukrainian special services.

The coordination of his actions was carried out by the heads of one of the departments of the Ukrainian counterintelligence.

It was noted that Semenyaka did not manage to damage the external security of Russia.

At the end of June, a resident of Simferopol was detained. According to the FSB, for a long time, on the instructions of the special services of Ukraine, the man received information about the flights of the aviation of the Aerospace Forces and the Russian Navy over the territory of the Crimea and the Black Sea. It was noted that this information contained relevant military data and posed a threat to the security of the Russian Federation.