From avionics to anti-aircraft systems: what is interesting about the international military-technical forum "Army-2021"

At the military-technical forum "Army-2021", which begins work in Kubinka near Moscow, more than 20 thousand weapons are presented. The exposition is divided into clusters dedicated to aviation, the Navy, robotics, military medicine, military construction and the diversification of the defense industry. Among the newest products available for viewing are mainly Russian weapons: aviation equipment, the Penicillin reconnaissance complex, modifications of the Typhoon-VDV armored vehicle, the T-90MS tank, and the Sosna anti-aircraft missile system on a wheeled chassis. Experts call "Army 2021" "a showcase of the achievements of Russian defense enterprises." 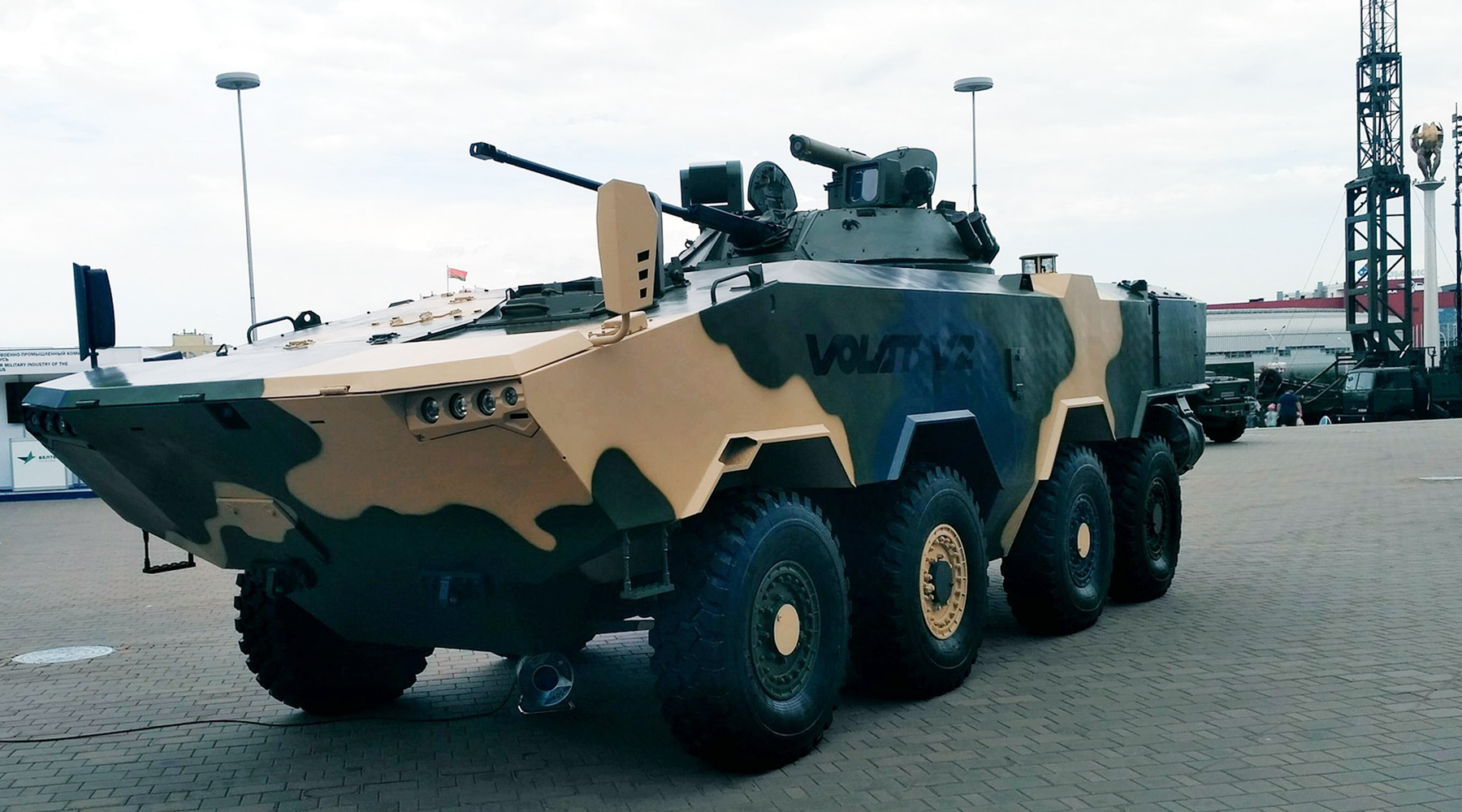 It will be held from 22 to 28 August 2021 at the Patriot Convention and Exhibition Center, at the Kubinka airfield and the Alabino training ground.

The official opening ceremony will take place a day later.

Also on August 23, an exposition of export-oriented samples of Russian weapons and equipment will become available.

Within the framework of the forum, it is planned to demonstrate the latest products of the defense industry of the Russian Federation and foreign countries, business events and the signing of contracts.

In particular, the RF Ministry of Defense plans to conclude agreements for 500 billion rubles.

"We will sign a contract for the construction of reconnaissance ships and minesweepers, for the supply and modernization of aircraft, for the purchase of precision weapons," Defense Minister Sergei Shoigu explained in an interview with the Krasnaya Zvezda newspaper.

According to the minister, delegations from 97 countries intend to come to Army-2021, 34 of them will be headed by the heads of military departments.

The Army 2021 exposition is divided into clusters dedicated to aviation, navy, military medicine, military construction, robotics and diversification - an increase in the share of civilian products in the Russian defense sector.

The exposition in Kubinka is located in pavilions and in open areas.

In total, more than 20 thousand samples of military and dual-use products, including those from 12 foreign countries, will be available to the public for inspection.

At the forum, the Belarusian enterprise will present the Volat V2 four-axle armored personnel carrier.

The mass of the armored personnel carrier is 20 tons, the crew is three people.

The brainchild of the MZKT is equipped with an automatic 30-mm 2A42 cannon, a Konkurs controlled anti-tank weapon system, an upgraded 7.62 mm Kalashnikov machine gun and multi-channel sights.

One of the latest developments of the enterprise are tactical glasses with a built-in microsystem NSI-06.02 / NSI-06.03.

This product allows military personnel to receive graphical information while protecting their eyes from injury.

In order for a soldier to get acquainted with the information, it is enough for him to lower his eyes.

As for the rest, he can use glasses as a usual means of tactical protection - they protect his eyes from various injuries, from being hit by shrapnel, ”said Sergey Roslikov, the designer of Display, in a conversation with RT.

The company also presents monocular (for one eye) and binocular (for both eyes) helmet-mounted display systems at Army-2021.

According to experts, such devices are good assistants for military personnel, including crews of armored vehicles and special forces.

From Russian electronics for the needs of defense at the forum in Kubinka, developments of the Concern Radioelectronic Technologies JSC (KRET, part of Rostec) will be presented.

For the first time, the forum will demonstrate new navigation systems, flight support complexes, on-board computing systems, as well as a weather station for use in the Arctic.

The debutant of Army-2021 is the navigation device for STV 1a helicopters, created by the Ramensk Instrument-Making Plant JSC, which is part of KRET.

The product is distinguished by its modest weight and size characteristics, as well as increased accuracy of heading, roll angles, pitch and aircraft position parameters.

For the first time at the forum, an export modification of the "Penicillin" sound-thermal reconnaissance complex, created by specialists of the "Ruselectronics" holding, will also be demonstrated.

The product allows you to determine the firing positions of artillery guns, mortars, multiple launch rocket systems (MLRS), as well as the starting positions of "enemy anti-aircraft and tactical missiles."

Unlike other similar systems, "Penicillin" detects firing points not using radar, but thanks to the principle of combining thermal and sound reconnaissance.

The equipment of the product records acoustic and thermal signals from shots and explosions, then gives out the exact coordinates of the guns and puts them on an electronic map.

The time for obtaining coordinates from a single target does not exceed 5 seconds.

“The sound measurement is supplemented by data obtained with the help of an optoelectronic module that catches traces of shelling in both the infrared and visible spectrum.

Further, all the information is transmitted to the computer, and artillery fire on the enemy positions is adjusted based on it, "- says the materials of" Rostec ".

"Penicillin" can include from two to six vehicles on a KamAZ chassis.

The complex has successfully passed state tests and is already being supplied to the Russian troops.

An important advantage of the product is the impossibility of disabling it by means of electronic suppression.

A wide range of wheeled armored vehicles is traditionally demonstrated at the forum in Kubinka.

At "Army-2021" it is expected to show the latest samples of the army vehicle K-4386 "Typhoon-VDV" with a 4 × 4 formula developed by JSC "Remdizel" (Naberezhnye Chelny).

This vehicle is intended for deliveries to the blue beret divisions and can be parachuted.

It features enhanced mine protection, high ground clearance and a V-shaped bottom that dissipates the energy of the explosion and improves the protection of the crew from shrapnel.

In addition to security, the developer calls the main advantages of Typhoon-VDV high traction and dynamic characteristics, good cross-country ability, unpretentiousness and maneuverability.

The military separately note the ability of the vehicle to operate in conditions of increased dustiness and mountainous terrain.

In July, the Krasnaya Zvezda newspaper reported on the tests of the MTR-K technical reconnaissance vehicle, made on the basis of the Typhoon-VDV.

The main advantage of this modification is the ability to operate as part of a unified tactical control system.

The product can be accepted for supply to the Armed Forces of the Russian Federation until the end of 2021.

In addition, tests of a vehicle based on Typhoon-VDV are being completed with an 82-mm 2S41 Drok semi-automatic mortar capable of firing both from closed positions and direct fire.

Of the samples of heavy armored vehicles on "Army-2021" presented a modernized tank T-90MS with a highly automated combat module, which is integrated with the gunner's multispectral sight and the commander's panoramic sight.

This complex increases the situational awareness of the crew and the effectiveness of weapons control.

From the air defense weapons, the debutant of the forum in Kubinka will be a sample of the Sosna anti-aircraft missile system (SAM) on a wheeled chassis.

Previously, this system was mounted on the tracked chassis of the MT-LB multipurpose conveyor (tractor).

Its developer is the Almaz-Antey concern.

A feature of the "Sosna" is the record-breaking range of destruction of targets in the segment of domestic and foreign air defense systems with a laser-beam guidance system.

The complex can fire on the march and react as soon as possible to changes in the situation.

The air defense system independently detects enemy air targets, determines the coordinates of targets and distributes them between the means of fire destruction.

In the theater of operations, "Sosna" can be used to destroy aircraft, helicopters, drones, cruise missiles, planning bombs and lightly armored ground vehicles.

The maximum firing range of the air defense missile system is 10 km, the height is 5 km.

In a conversation with RT, military observer Dmitry Drozdenko noted that a large number of promising products for the needs of the armed forces will be presented at the Army this year.

Also, according to the expert, a rich scientific and business program awaits guests and participants of the forum.

“The Forum is of great importance as a platform for demonstrating the latest developments of the defense industry of the Russian Federation, although some of the products are also shown by foreign countries.

It is important that in Kubinka the officers of our army communicate with representatives of the defense industry, exchange views, and certainly such negotiations allow solving certain issues related to the further modernization of the Armed Forces, ”Drozdenko said.

Military expert, retired colonel Viktor Litovkin, in a commentary to RT, called "Army 2021" "a showcase of the achievements of Russian defense enterprises."

According to him, the samples presented at the forums are a kind of report to Russian taxpayers.

“The defense of the state exists on the money of citizens.

"Army" provides an opportunity to get acquainted with modern and promising weapons and military equipment.

This is a kind of report of the Ministry of Defense and the military industry to the citizens of our country, ”Litovkin summed up.