Afghanistan: Johnson calls for an emergency meeting of the Group of Seven and Putin warns of the danger of armed infiltration under the cover of refugees

British Prime Minister Boris Johnson said that he called an emergency meeting of the Group of Seven to discuss the developments in Afghanistan, amid intensive Western and international efforts to deal with the Afghan crisis after the Taliban seized power. 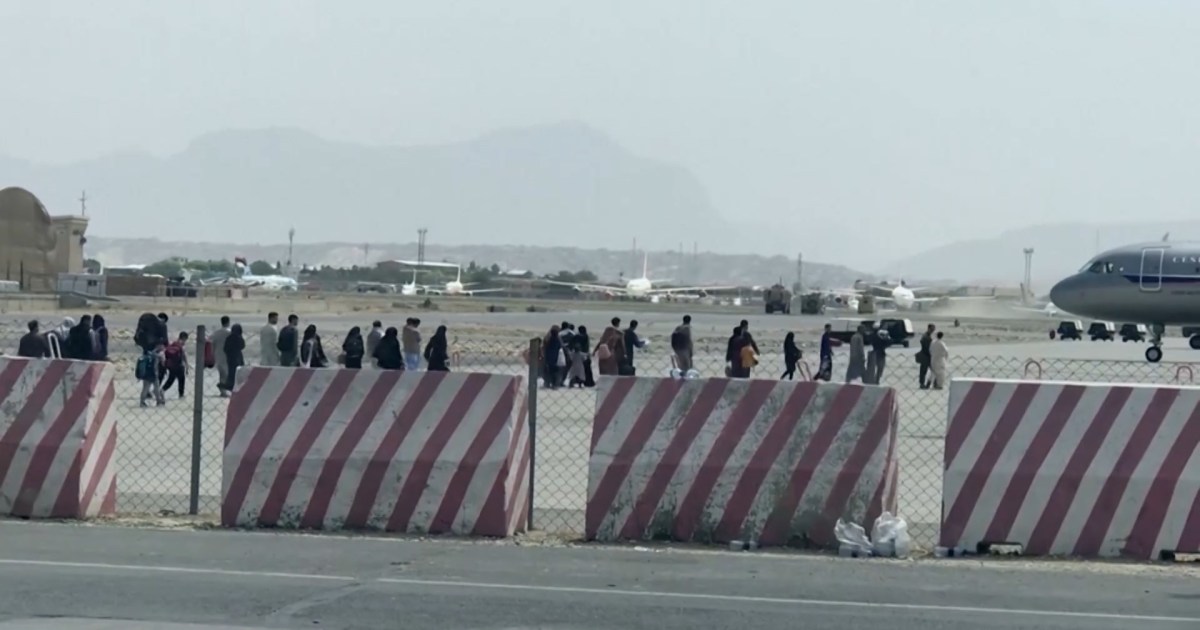 British Prime Minister Boris Johnson said he called for an emergency meeting of the Group of Seven on Tuesday to discuss developments in the situation in Afghanistan, and urged the international community to find ways to prevent its escalation, amid intensified Western and international efforts to deal with the Afghan crisis after the Taliban took control of the country.

"It is imperative that the international community cooperate to ensure safe evacuations, prevent a humanitarian crisis and support the Afghan people, to preserve the gains of the past 20 years," Johnson said on Twitter on Sunday.

Britain currently holds the rotating presidency of the Group of Seven, which also includes the United States, Italy, France, Germany, Japan and Canada.

The White House said President Joe Biden would discuss the Afghan situation in a remote meeting with G7 leaders on Tuesday.

Western governments are looking at how to handle the situation in Kabul, where thousands of desperate civilians wanting to flee Afghanistan headed to the airport after the Taliban took control of the country.

The Taliban's rapid takeover of Afghanistan has raised fears of revenge campaigns and a return to the hard-line rule it imposed when it was in power two decades ago.

Putin warned of the danger of what he called armed infiltration into Russia under the cover of Afghan refugees, criticizing in this regard Western proposals regarding the possibility of housing Afghan refugees temporarily in Central Asian countries until they obtain visas that allow them to travel to the United States or Europe.

In conjunction with Putin's statements, his Foreign Minister Sergei Lavrov said that his country's contacts with former Afghan President Hamid Karzai began yesterday, and that the Taliban is committed to its pledge to stop hostilities in Afghanistan.

In the same context, the Organization of Islamic Cooperation, which includes 57 countries, said today, Sunday, that it will seek to help achieve peace in Afghanistan and facilitate evacuations from that country.

The organization - which is based in Saudi Arabia - held a special meeting to discuss the situation in Afghanistan.

Main: Afghans decide their own destiny

Iranian President Ebrahim Raisi said that his country supports achieving stability and peace in Afghanistan, and that Afghans alone will decide the fate of their country, as he put it.

During his meeting with Japanese Foreign Minister Toshimitsu Motegi, Raisi added that the US presence in Afghanistan led to destabilization of security and stability, stressing that Washington admitted that its presence there was a mistake, and soon it will realize that its presence in other countries and the region is also a mistake.

The Japanese Foreign Minister had met earlier in Tehran with his Iranian counterpart, Mohammad Javad Zarif, where the two sides discussed ways to revive the Iranian nuclear agreement, the situation in Afghanistan, and strengthen bilateral relations between the two countries.

After the meeting, Zarif - in a blog post on Twitter - described the situation in Afghanistan as catastrophic, blaming the United States for it.

In turn, the President of Kazakhstan, Kassym-Jomart Tokayev, declared that the situation in Afghanistan poses certain dangers to his country.

This came in his speech on Sunday during maneuvers that took place at the War and Training Center of the National Guard in the city of Almaty.

Tokayev said that the recent developments in Afghanistan have heightened the concern of the Kazakh society.

He added: Although the situation in Afghanistan does not pose a direct threat to Kazakhstan, it does pose some risks, so we must closely monitor the course of the situation and be ready to respond as necessary to any challenge.

On the other hand, former British Prime Minister Tony Blair criticized what he called the Western abandonment of Afghanistan and its people, describing it as tragic, dangerous and unnecessary, which is not in the interest of Afghans or the West alike.

Blair said that the justifications for the United States to withdraw is not supported by a grand strategy, but rather political considerations.

He stressed that the current strategy of the Western allies will harm them in the long run, as he put it, noting that China, Russia and Iran are monitoring the situation and benefiting from these events.