"We want to show that we exist": in Paris, a demonstration in support of the Afghan people

A week after the capture of Kabul by the Taliban, a demonstration of support for the Afghan people took place on Sunday at Place de la République in Paris, on the initiative of refugees. The latter asks ... 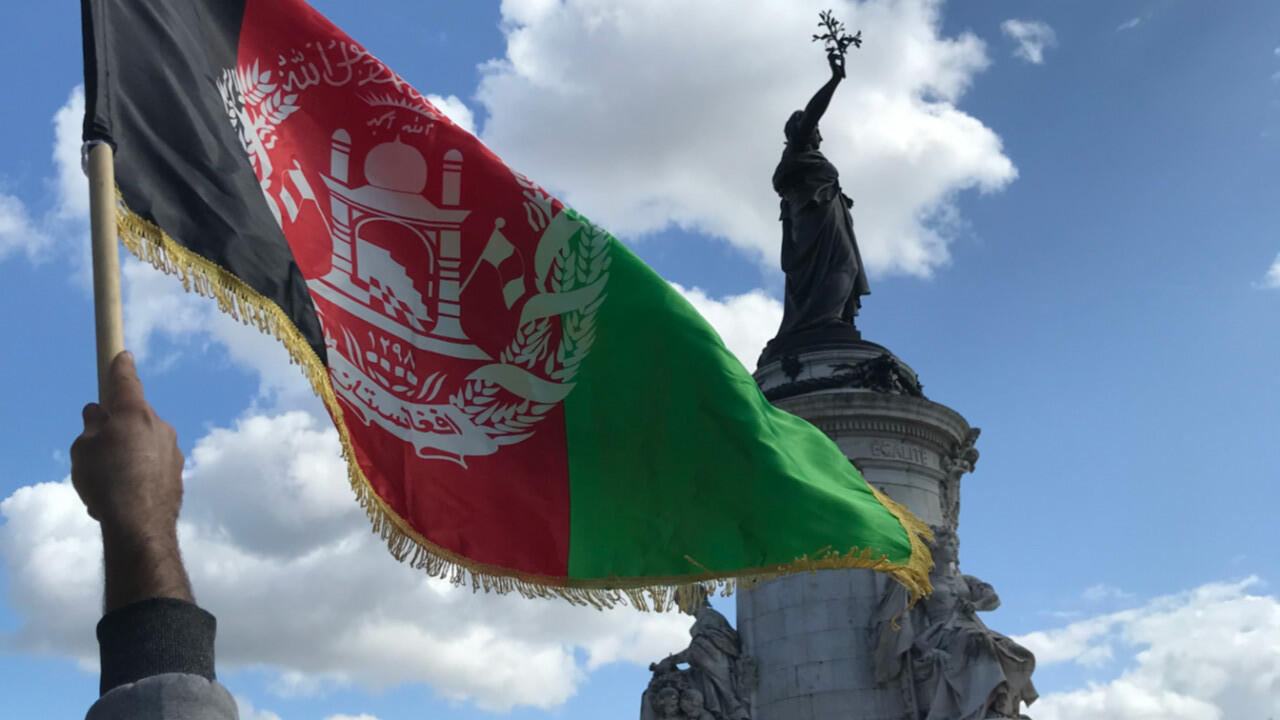 A week after the capture of Kabul by the Taliban, the Afghan refugees in France had made an appointment, Place de la République in Paris, for a demonstration in support of the Afghan people, and for the repatriation of their families, who remained in country.

"We have not only lost our flag, we are losing our youth…", deplores France 24 Sahar, 18, of Afghan origin. "I am here because it is my right and my duty to defend my country", explains the young girl, born in Iran, and living in France since she was 11 years old. If she is present at Place de la République, it is for the defense of Afghan women and minors who do not have the possibility of defending themselves there, she said. In this country where she has never set foot on the ground, specifies the high school student, but for which she wants the world to mobilize. "A youth is lost in Afghanistan, and that must be important for the world", she continues, referring in particular to the fate "of women who are beaten by the Taliban, and young girls forcibly married".

"The French State is abandoning us"

The demonstration was organized on the initiative of the refugees themselves, supervised by several associations working for the exiles.

"We want to show that we exist", explains to France 24 Ezatwazir Tarakhail, a 31-year-old Afghan refugee, who arrived in France at the end of 2014. Member of the Paris association of exile and of Watizat - a collective which publishes guides of information in French, English, Arabic, Pashto and Dari for exiled people - he hit the streets on Sunday alongside several hundred demonstrators "to support the Afghan people and defend the right to dignity of all Afghans and their families in Afghanistan ".

In the aftermath of the capture of Kabul by the Taliban, already experienced as a trauma for Afghans exiled in France, many of whom have been separated for years from their relatives who remained in the country, Emmanuel Macron's speech was, for them, a umpteenth heartbreak. "We really expected support from the French state and President Macron," explains Ezatwazir. "But instead of talking about people in danger, he abandons us and talks about fighting against the arrival of waves of refugees: it was really a political speech, not a speech of humanity."

From the Elysee Palace on Monday, the French president has indeed given a ten-minute speech, reviewing the situation in Afghanistan and the response that France and Europe intend to provide, while thousands of Afghans, candidates for exile, gather at Kabul airport. "The destabilization of Afghanistan risks causing migratory flows to Europe," said the head of state, assuring that "France is doing and will do whatever is necessary to protect those who are threatened". However, he warned, "Europe cannot assume the consequences of the current situation on its own: we must anticipate and protect ourselves against significant irregular migratory flows, which would endanger those who use them, and would feed traffic of all kinds ".

"They looked for me to kill me"

However, in all of this, France does have a role to play, insists Sahar.

As indicated by the sign she is holding with her mother and her little brother, she asks for "the safety and repatriation of [our] families in Afghanistan", and, she adds, that France and the countries Europeans "never accept the Islamic Emirate of Afghanistan, formed by the Taliban".

Sahar is currently in his final year and would like to continue studying law.

Her goal: to be a lawyer, specializing in foreigners' rights.

As the participants flock, a large circle forms in the square.

One of them explains to France 24 that they are asking for an end to support for Pakistan, a country bordering Afghanistan accused of having secretly supported the Taliban.

His name is Faraidon and is 21 years old.

He has been a refugee in France since 2018, forced to flee his country after refusing to join a madrassa (Koranic school), as imposed on him by the Taliban.

"They looked for me to kill me, so I left Afghanistan."

Originally, the Afghan refugees mobilized on Sunday asked to be received by the Minister of Foreign Affairs. Their main demand: to repatriate without delay the families of Afghan refugees present on French soil. Refugees, many of whom have helped the coalition forces in Afghanistan since 2001, as interpreters, cooks, journalists, drivers ... "Some, refugees in France for two or three years, have taken steps and procedures to family reunification, which never progressed, "denounces Ezatwazir, who estimates that" 90% of Afghans are today in danger "under the Taliban regime.

The request of the organizers of the demonstration to assemble in front of the ministry having been refused by the prefecture, the gathering finally took place in the Place de la République.

But the refugees and their supporters do not intend to stop there.

"We are organizing another demonstration next Sunday, and this time it should take place in front of the Ministry of Foreign Affairs."

"We need a humanitarian corridor, so that people who want to get out can get out" #Afghanistan #AfghanLivesMatter #Paris pic.twitter.com/sDRAT7VWFC

"We need a humanitarian corridor so that people who want to go out can get out," one of the demonstrators exclaimed over the microphone.

"I am from this country, I speak the language, I know the terrain, and I am ready to go and help the people who are stuck at the airport", he continues, surrounded by children and men in traditional clothes. , more and more of them flying the Afghan flag above them.

"The French government must ask the Minister of Foreign Affairs, the Minister of Defense, the President of the Republic to send additional troops to, as long as possible, save lives," concludes the speaker.

"Of course we cannot save 37 million people, but we can save the lives of those in danger, especially women, and the families of those who are here."