Bloomberg: The Tunisian president's seizure of powers is pushing democracy to the edge of the abyss and foreshadowing the scenario for Lebanon

The American "Bloomberg" website said that Tunisian President Kais Saied's takeover of the authorities pushed the fragile democracy to the edge of the abyss, and is now threatening the country's economy amid fears that it will lead to a debt default. 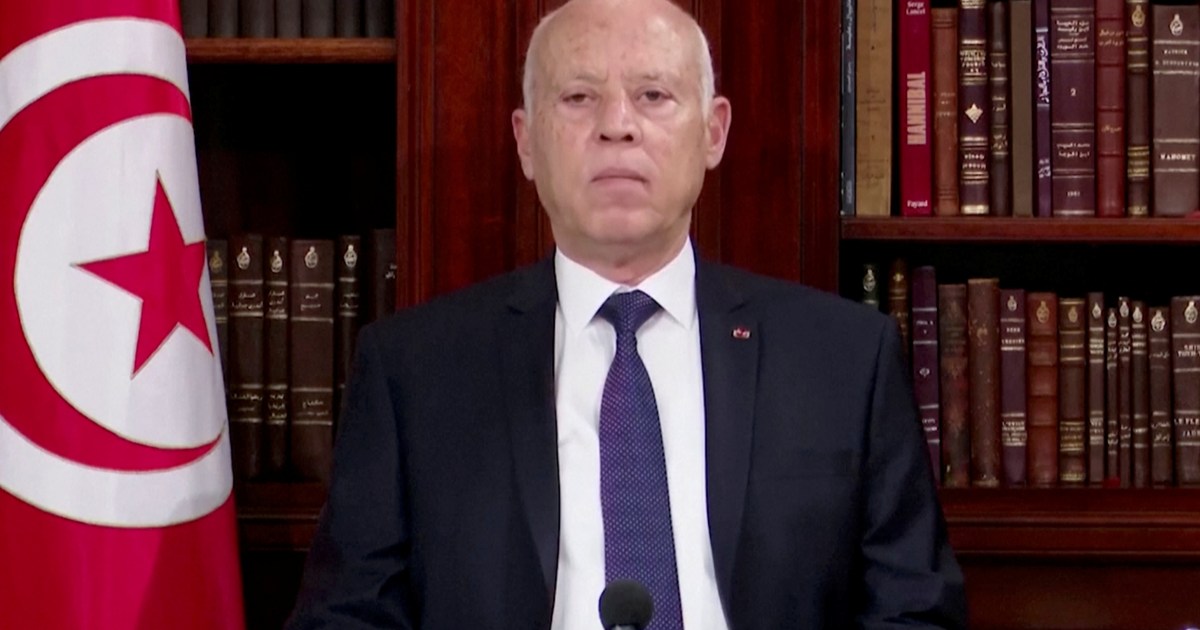 The US "Bloomberg" website said that Tunisian President Kais Saied's takeover of powers has pushed fragile democracy to the brink and is now threatening the country's economy amid fears that it will lead to a debt default.

In an article published yesterday, Friday, the site explains the dimensions of the difficult economic and financial crisis that Tunisia is experiencing in light of the accumulation of debt and high unemployment.

He stated that more than 3 weeks after Saeed dismissed Prime Minister Hisham al-Mashishi, suspended parliament, and pledged to save the country with the escalation of anti-government protests, he did not reveal his intention to restore the democratic path.

The article focused on the economic risks that could result from the Tunisian president's tightening of his grip on the authorities as a whole, but it also referred to the political risks, foremost of which is the end of the democratic experiment.

He pointed out that the failure of the elected institutions to return portends the lack of progress by postponing a long-awaited agreement with the International Monetary Fund, and plans to sell debt abroad in October, which raises the fears of some analysts that Tunisia will default, like Lebanon.

In this context, the American website quoted Hassanein Malik, head of equity research at Tellimer Research, as saying that Tunisia is in a high state of risk of default, noting that the political blockage caused the collapse of Lebanon's economy.

James Swanston, economist for the Middle East and North Africa at Capital Economics, said that while there is an increased risk of default if public finances are not strengthened, Tunisia is likely to have to restructure its debt.

And Bank of America was quoted as saying that without the International Monetary Fund program or related bilateral and multilateral support, Tunisia's foreign exchange reserves may face material depletion by the end of 2022, noting that the country's net reserves of cash Foreign imports amounted to about $7.4 billion at the end of last July, which is enough for 219 days of imports, a slight decrease from the previous year.

The article monitored some indications of the financial and economic crisis that Tunisia is experiencing, including the approach of the external debt to 100% of GDP next year.

He explained that inflation has reached its highest level since the fall of 2019, and that the unemployment rate continues to rise at the fastest pace since 2010, noting that the economy contracted by 8.6% last year.

According to the American website, a former official in the Meshishi government described the current economic situation as dangerous and unpredictable.

According to a Bloomberg article, the Tunisian president called on companies to lower prices and banks to reduce lending rates.

But he made it clear that Saeed did not make any structural changes to tackle corruption, or to reduce the size of the public sector, whose salaries are among the highest in the world relative to GDP, or to attract foreign investment.

The Bloomberg article warned that the collapse of the situation in Tunisia, which is linked to Europe, Africa and the Middle East, may have repercussions, including waves of migration of young people across the Mediterranean.

In the political repercussions, the American website quoted Sarah Yerkes of the Carnegie Endowment for International Peace that what is happening in Tunisia threatens it as a haven for free expression for people throughout the Arab region.