Cincinnati Masters 1000: Pair finds quarterbacks, Monfils and Osaka eliminated Cincinnati (United States) (AFP) Benoît Paire, 50th in the world, climbed Thursday in the quarter-finals of the Masters 1000 in Cincinnati that will not be found by Gaël Monfils, nor the Japanese Naomi Osaka, surprised by a modest Swiss woman. Pair defeated American John Isner (N.26) 7-6 (7/1) 6-7 (2/7) 6-1. The 32-year-old Frenchman had not reached the quarter-finals of a tournament in this cat 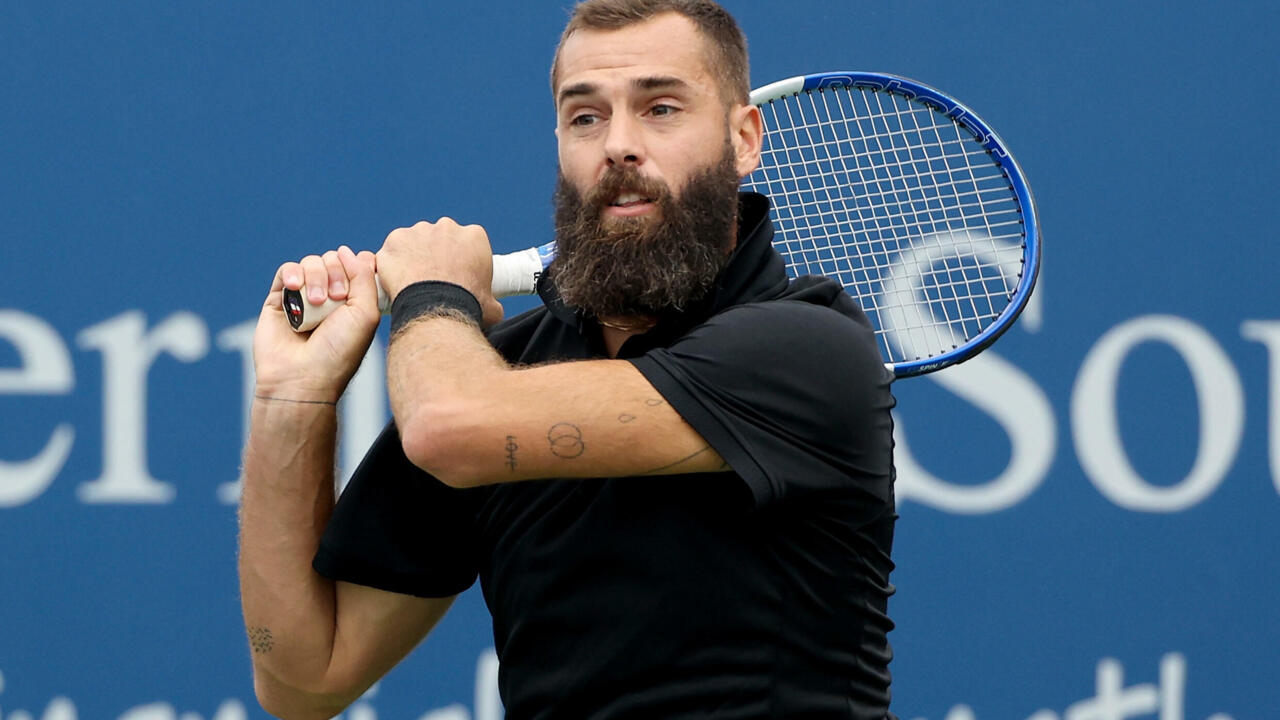 Benoît Paire, 50th in the world, climbed Thursday in the quarter-finals of the Masters 1000 in Cincinnati that will not be found by Gaël Monfils, nor the Japanese Naomi Osaka, surprised by a modest Swiss woman.

The 32-year-old Frenchman had not reached the quarter-finals of a tournament in this category, just below the Grand Slams, since Rome in 2013 where he even climbed in the semi-finals before losing to Roger Federer.

Very disturbed by the sanitary bubbles imposed on the circuit since 2020, Paire had lined up six eliminations in a row as of his entry into the running since May before reaching the quarter-finals in Hamburg then Gstaad in July.

Thursday, against the 36-year-old American giant, semi-finalist at the Masters 1000 of Canada in Toronto last week, Paire put on another good performance after his victory in the previous round against the Canadian Denis Shapovalov (10th).

It is true that he benefited in the third set from a very clear physical decline from Isner.

But the first two sets were tight and the Frenchman overall mastered the American's enormous serve while relying on a very good throw-in despite numerous double faults.

Paire thus took Isner's service from the start before letting his opponent break free and push him to the tie break.

In this decisive game, the French lost the first point before aligning seven!

In the second set, both players held their faceoffs and this time it was Isner who clearly dominated the tie break before collapsing in the deciding set.

A little later, Monfils, 22nd in the world, lost in a match with a Hitchcockian scenario with a balanced first round but a disconcerting second due to a series of breaks and debreaks.

While the two players had each retained his service, it was ultimately in the tie break that everything was decided, the Russian negotiating the exchanges much better than the Frenchman at the end of his rope.

At 2-0 in the second set, the French had to call in a trainer, visibly suffering from stomach aches and nausea.

He finally resumed the game after seven minutes of interruption, but gave up his engagement before recovering.

Disturbed by this renewed energy from Monfils, Rublev immediately conceded a new break before breaking through a shutout (2-3).

Another shutout allowed him to equalize.

But with the energy of desperation, Monfils took control to lead 4-3, taking advantage of a double fault followed by a huge direct fault from the Russian and breaking away 5-3.

While serving to win the set, he again lost his footing, in turn offering easy points to his opponent.

The match was again balanced, the French ended up losing on a double fault in the decisive game 7-6 (7-5).

World No.2 Naomi Osaka suffered a disturbing setback within days of defending her US Open title.

Osaka had already lost in the third round at the Tokyo Olympics recently.

It was her first tournament outside her country in Cincinnati since her withdrawal from Roland Garros after the first round, when she explained that answering journalists' questions after matches caused her psychological problems - "I now more confidence in me, "she told reporters on Thursday.

She then skipped Wimbledon.

“I have high expectations of myself but there was nothing more I could do to win this game. I'm almost glad I lost because it gives me a lot of things to work on in my game. I just hope the results come. in time for the US Open, ”she noted.

Among the other favorites, it goes for Ashleigh Barty, Stefanos Tsitsipas and Alexander Zverev.