Women's rights in Afghanistan: "We refuse to live under the violent Taliban regime"

What role does the Taliban reserve for Afghan women? The new masters of Kabul certainly try to reassure and promise to "let women work in accordance with the principles of ... 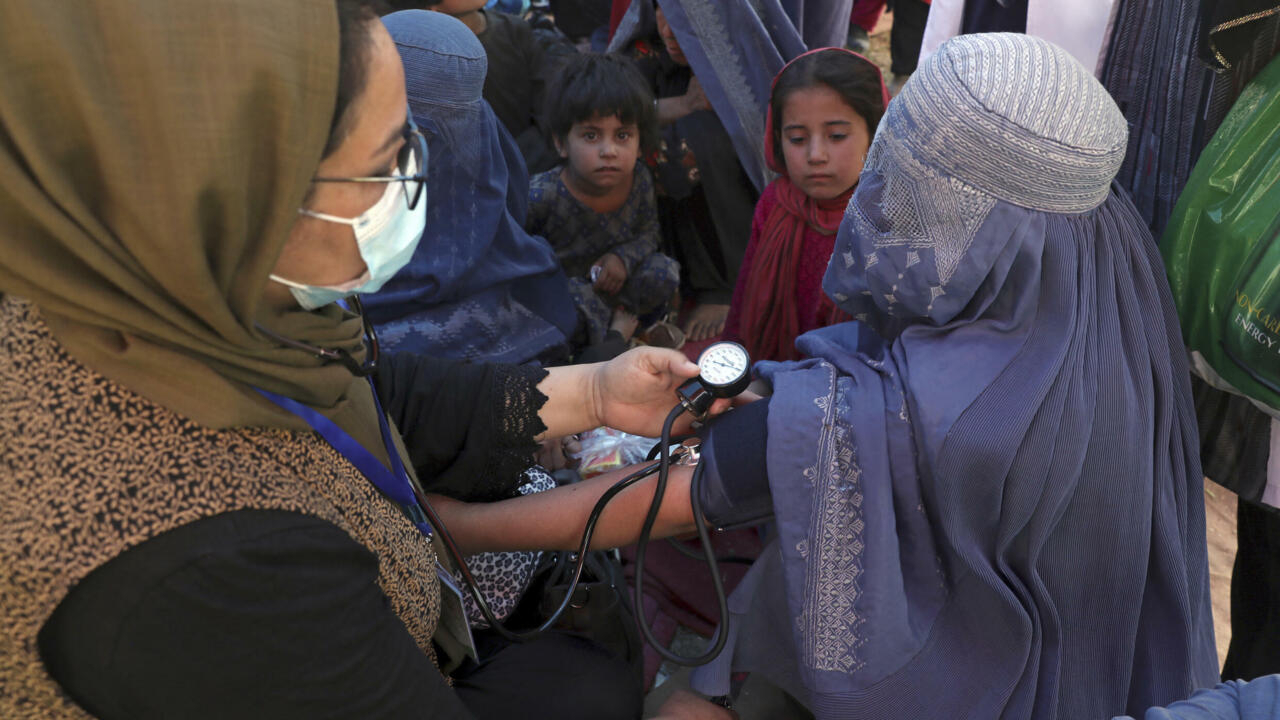 Women's rights in Afghanistan: "We refuse to live under the violent Taliban regime"

Women who fled the Taliban in the north-western regions of the country, took refuge in Kabul, are caught in a park, August 10, 2021. AP - Rahmat Gul

What role does the Taliban reserve for Afghan women?

let women work in accordance with the principles of Islam

But between this official speech and reality, there is a gulf, told us a women's rights activist, leader of a political party in Kandahar (which as a precaution prefers to remain anonymous).

Out of fear of the Taliban, Afghan women remain holed up in their homes.

RFI: What is the situation of Afghan women since the Taliban victory

All over Afghanistan, women feel in danger. They beat women and even threaten them with death. There is no more security in this country for us, nowhere. This is why most women's rights activists fled the provinces to seek shelter in Kabul. But on Tuesday and Wednesday, our colleagues told us that they saw women in the city center being beaten up because of their clothing. The Taliban hunt them down, beat them, threaten them and tell women not to wear jeans, tank tops or short skirts outside their homes. Beauty salons have had to close in central Kabul, but also outside the city and in Kandahar province. On the advertising boards of the shops, the faces of the women and the girls were covered with paint.

Do you see more and more women wearing the burqa, the full veil again

Yes, the women wear the burqa, the girls too.

Moreover, they no longer leave their homes, only in an emergency.

If they have to go to the hospital, for example, they wear the burqa.

What about girls: can they still go to school

In the provinces, girls no longer go to school.

In the cities, in Kandahar and Kabul too, the Taliban have closed the doors of schools to girls.

They announced that girls will have the right to go to school until the sixth grade and therefore up to the age of twelve.

If we are to believe their official speech, girls and women will be able to educate themselves and even go to university.

But in reality, the universities are closed and the girls no longer go to school.

The Taliban are just trying to improve their image vis-à-vis the international community, but the truth is, they don't even let women out of their homes if they aren't fully covered.

How could they let the girls study or work?

The only field in which women still have the right to work is the hospital sector and again, it is only in maternity hospitals that they can exercise their profession, to help women give birth.

Elsewhere, it is prohibited.

In images circulating on social networks, we see women in Kabul demonstrating against the Taliban.

Yes, there have been a few small gatherings of women defending their rights.

But the Taliban do not trade with them.

Our women's rights party, which I lead, has always tried to engage in conversation with the Taliban leaders, precisely to discuss women's rights in different sectors, the economy, politics or even social life.

But they never gave us the opportunity to meet them.

Are you still going to continue to fight for women's rights?

The future of women is uncertain.

But if the Taliban excludes women, it means that they are not taking into account half of the country!

It is therefore our responsibility and our duty to defend the rights of women.

We have always fought for our rights, and we will continue our fight in the future.

Women have changed and we refuse to live under this violent Taliban regime.

For now, we are hiding, all the activists from the various Afghan provinces are hiding.

But we are biding our time and we are also counting on the international community to support us.

See also: Afghanistan: women again under duress in areas taken over by the Taliban

Afghanistan: women again under duress in areas taken over by the Taliban