United States: fewer and fewer new unemployed, Biden pleads for his investments Washington (AFP) Weekly jobless claims were at the beginning of August at the lowest since the start of the health crisis, figures welcomed by Joe Biden, who again pleaded for his two gigantic investment plans to ensure a sustainable recovery. Between August 8 and August 14, 348,000 people applied for unemployment benefit after dismissal, according to data released Thursday by the Labor Departme 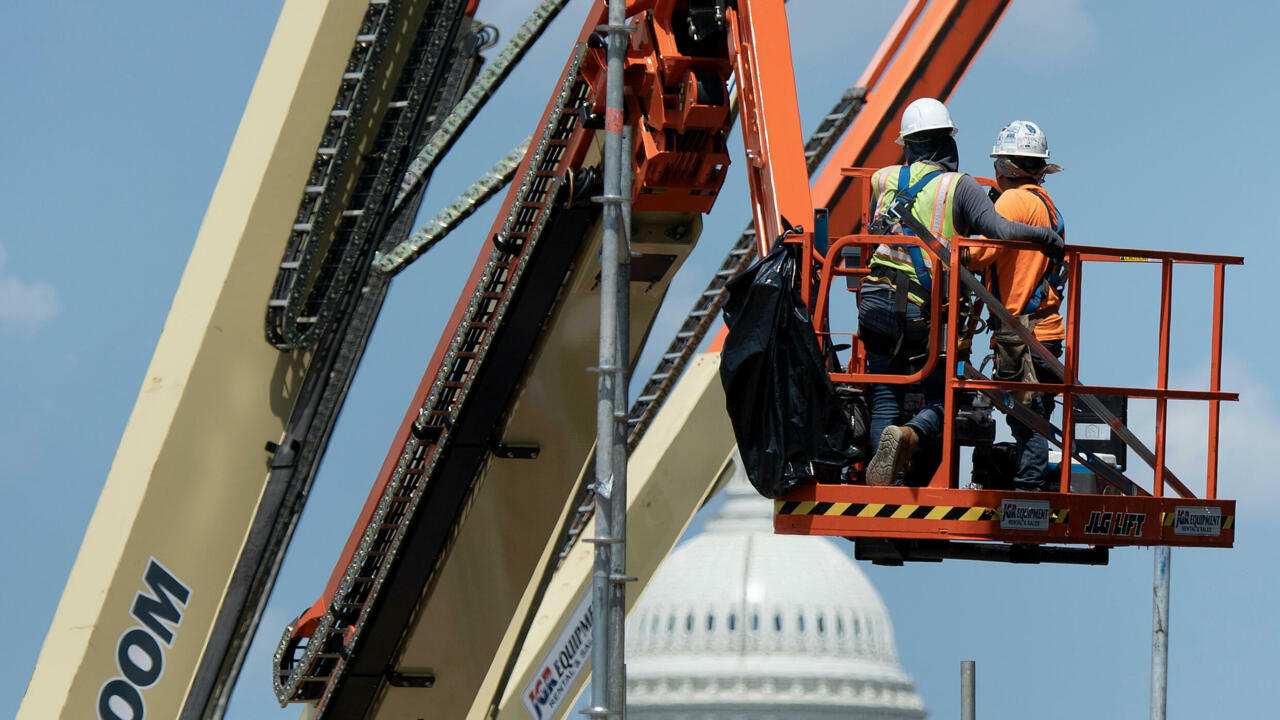 Weekly jobless claims were at the beginning of August at the lowest since the start of the health crisis, figures welcomed by Joe Biden, who again pleaded for his two gigantic investment plans to ensure a sustainable recovery.

Between August 8 and August 14, 348,000 people applied for unemployment benefit after dismissal, according to data released Thursday by the Labor Department.

This is the lowest level since March 2020, when the Covid-19 pandemic suddenly put the country's economic activity under cover.

"This reflects the significant progress we have made in our economic recovery," said President Joe Biden, who unusually commented on the data.

Under fire from criticism since the meteoric takeover of the Taliban in Afghanistan, he took advantage of these good employment figures to highlight his action, in particular the American Rescue Plan, adopted in March, "which relieved those who needed it most ", but also the" resources provided to our communities to fight against Covid ", and vaccination.

Employment is one of the priorities of the host of the White House which counts, to ensure a sustainable economic recovery and full employment, on two gigantic investment plans, one for infrastructure, the other for measures social.

Because, also warned Joe Biden in this press release, "our economic recovery is far from over", anticipating "ups and downs along the way as we continue to fight against the Delta wave of Covid", which makes cases of contamination again climb and threatens to slow the economic recovery.

A total of 11.7 million people were still unemployed at the end of July, according to the most recent data available.

The job market improved sharply in July, with 943,000 jobs created and an unemployment rate falling for the second month in a row, falling to 5.4%.

However, 5.7 million jobs are still missing from February 2020, before the brutal containment measures put more than 20 million people out of work.

US President Joe Biden at the White House on August 18, 2021 in Washington Jim WATSON AFP

The decline in jobless claims can also be explained by the early end, in a large half of the States, of the payment of more generous benefits to deal with the pandemic.

The return to the usual regime for the whole country is scheduled for September 6.

The long-term unemployed, and the self-employed in particular, will then receive nothing.

Treasury Secretary Janet Yellen, and Labor Secretary Marty Walsh, however, on Thursday called on states to use some federal government funds to help those unemployed people who still need it.

"It may make sense in some states for the unemployed to continue to receive additional assistance for a longer period of time, giving residents of those states more time to find employment in areas where unemployment remains high," two ministers, in a letter sent Thursday to elected members of Congress.

They also note that "the Delta variant can also pose short-term challenges to local economies and the labor market".

However, they confirmed the removal, as planned from September 6, of the additional $ 300 that had been paid to all unemployed since the start of the pandemic.

A banner "We are hiring" outside a restaurant, August 12, 2021 in Arlington, Virginia Olivier DOULIERY AFP / Archives

Janet Yellen and Marty Walsh also relayed a call from Joe Biden to reflect on a reform of the American unemployment insurance system.

"President Biden believes the pandemic has exposed serious problems in our unemployment insurance system," they write to Congress adding that Joe Biden calls on elected officials "to address the issue of long-term insurance reform -unemployment as part of the reconciliation process ".

"Reconciliation," which Democratic leaders intend to use to push investment plans through Congress over the next few months, is a procedure to get the final text passed by a simple majority in the Senate with their supporters. only votes, without counting on the Republicans.