The Argentine House of Cards: Alberto Fernández enters a crisis three weeks before the elections

The House of Cards scriptwriters die of envy at what is happening these days in the south of the planet, in Buenos Aires. A government against the ropes for the diffusion of ... 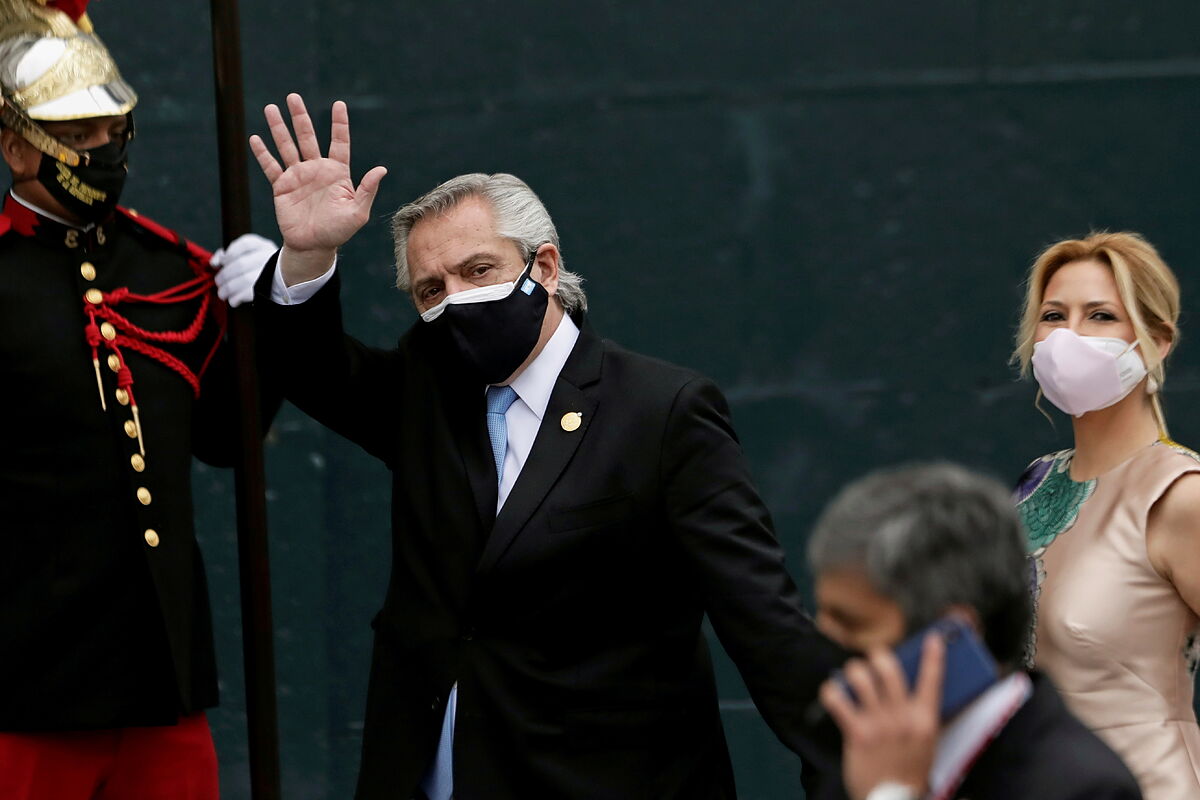 die of envy at what is happening these days in the south of the planet, in Buenos Aires. A government against the ropes by the spread of photos of a clandestine party president and partner in the confinement by the pandemic, the same government that decides to

double the bet and

broadcast videos of the party ..

. on public television. And a vice president who lectures the president in full view while justice takes action and the "runaway effect" beats in the ruling ruling party.

All this, and some other things, are happening in Argentina, where the government of Peronist

is experiencing its worst moment three weeks before a crucial elections, the parliamentary primaries on September 12.

"If some think that they are going to make me fall by a mistake,

know it, they strengthen me!

" The president shouted angrily in a week that was a constant descent into hell.

He himself began by denying that parties were held at the Olivos presidential residence during the strict confinement that prevailed in the country for much of 2020, and then partially admitting some encounters.

The building of presidential credibility began to collapse with the appearance of photos in which he and his partner, Fabiola Yáñez, are seen celebrating the latter's 40, accompanied by nine friends.

A four-hour party without social distancing, or masks

Trivial details, actually, because the Decrees of Necessity and Urgency (DNU), signed by Fernández himself and which prohibited all kinds of social gatherings, were in force.

The appearance of these photos sunk the spirits of a good part of his government and activated the antennas of Vice President Cristina Fernández de Kirchner, who told him in public what he should do: "Alberto, don't be angry, put order where you have to put order , do not get nervous and put it forward ".

Fire for the Argentine conspiracy

Alberto "put" him so far forward that the next step was to disrupt what they envisioned as an opposition operation: the government feared that compromising videos recording the party would be used as a "bomb" days before the elections. Solution? Deliver them to a

, the website "El Uncover", and to Public Television so that they would know each other when before and the negative effect would be diluted before September.

In the government, they point out that the television channel LN + and Radio Rivadavia, media in which Guadalupe Vázquez, the journalist who obtained the photos of the scandal works, are financed by former president Mauricio Macri and that is why they function as a sounding board for the opposition . There is no proof of that assertion, but many in the ruling party and in the media scene, deeply divided between critics and those related to the government, insist on this theory. More fire for conspiracy, the almost natural state of Argentine politics.

"Macri was behind the operation from day one: the strategy was to show the photo first and the videos two days before the elections," Roberto Navarro, a journalist with a clear affinity with the ruling party, wrote in "El destape". According to Navarro, "Macri became obsessive in managing the channel, he gets involved in the production and even talks to some drivers through a cockroach (intercom)."

"Housecardian" conspiracies while confusion sinks the government, which sees how

the polls begin to register the anger of the citizens

at the Olivos festivities: almost four out of every five consulted consider what happened between serious and very serious, and not a few Peronist voters they decided to withdraw the vote from the Fernández candidates.

Those votes that the ruling party loses may go to the alternative Peronism of Florencio Randazzo or to the harshest expressions of the left, which are experiencing significant growth.

Influential journalists such as Carlos Pagni and Eduardo Feinmann, who are very critical of the government, provided another piece of information amid the turmoil in the Casa Rosada. According to Feinmann, Fernández's government officials insult the representatives of the Casa Militar, who are responsible for security at Quinta de Olivos. "They say 'buchones' and 'button' to the officers of the Military House," said the journalist. In Argentine street slang, to be a "buchón" or a "button" is to be an informer, a traitor

. Traitors for fulfilling their duty to register

who and when enter and leave the presidential residence.

A trifle in the face of what is really coming: the threat of more lurid revelations and the inevitable action of justice.

Pagni recalled that years ago the head of the Military House had to testify before the Justice for the income of certain people to the Quinta de Olivos.

"And they testified, they told the truth. Those same military personnel had been placed on the promotion list of the Defense Ministry and in the Senate."

In retaliation, the promotions disappeared for having been "buchones", traitors.

"I think that now the military must be saying: 'Better that Justice come to raid, that they take the papers they want, but we are going to testify, sacrifice our career saying if we saw the colorist, the stylist or the the hairstyle, not that, "ventured Pagni, in which it is just one more chapter, although undoubtedly powerful, of the many seasons that the

House of Cards has been running

ArgentinaTani Fernández: the non-binary son of the Kirchner heir

Kirchner wants to win the elections yes or yes The Argentine paradox: a lot of debt, few cuts

The recovery race (VII) From Mexico to Argentina: the region hardest hit by Covid in the world struggles to stand up