Nebenzya spoke about the situation with terrorist organizations in Syria

Russia's Permanent Representative to the UN Vasily Nebenzya said that "thanks to the consistent efforts of the Russian and Syrian military in recent years, it has been possible to significantly weaken the potential of terrorist organizations operating in Syria, especially ISIS *." 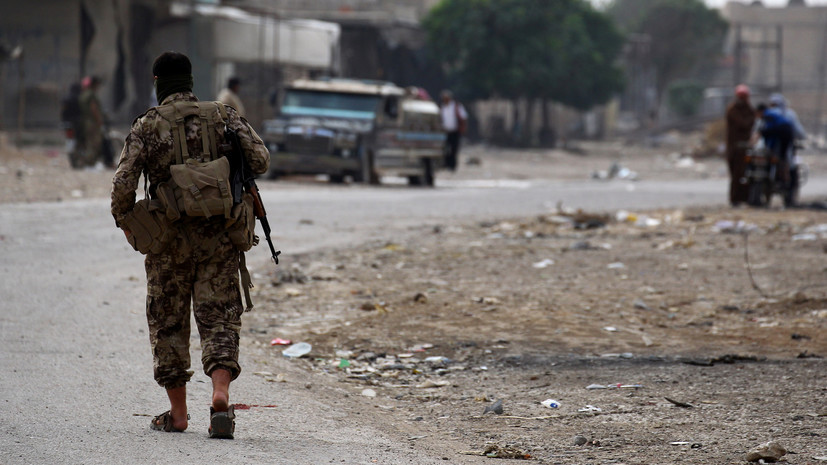 His statement was published on the website of the Russian permanent mission.

"At the same time, individual terrorist cells continue to be active and still pose a serious threat," the message says.

He noted that “the most numerous remains the Hayat Tahrir al-Sham group formed on the basis of Jabhat al-Nusra **.

“According to various estimates, its number ranges from 10 to 15 thousand.

Attempts to present it as a kind of political opposition complicate the fight against this terrorist organization, ”the permanent representative said.

Nebenzya stated that “another terrorist organization that continues to pose a threat in the region is Khurras al-Din ***, which is an“ affiliate ”of al-Qaeda *** in Syria.

It numbers, according to various estimates, from 3.5 to 5 thousand people, half of whom are foreign terrorist fighters (ITB). "

“For our part, we continue to provide the necessary assistance to the Syrian authorities in countering terrorists,” he added.

** “Jabhat al-Nusra” (“Hayat Tahrir al-Sham”, “Jabhat Fath al-Sham”, “Front al-Nusra”) - the organization was recognized as terrorist by the decision of the Supreme Court of the Russian Federation dated December 29, 2014.

*** "Khurras-ad-Din", a subdivision of the "Al-Qaeda" group - the organization was recognized as terrorist by the decision of the Supreme Court of the Russian Federation of February 14, 2003.