Lisa in Luleå fights to reach family in Afghanistan: "People are in danger"

In Norrbotten, many Afghans are forced to follow from a distance what their families are now facing when the Taliban take over the country. Student Lisa Hakar in Luleå struggles every day to try to get in touch with her family. - It's like I've already lost my home, she says. 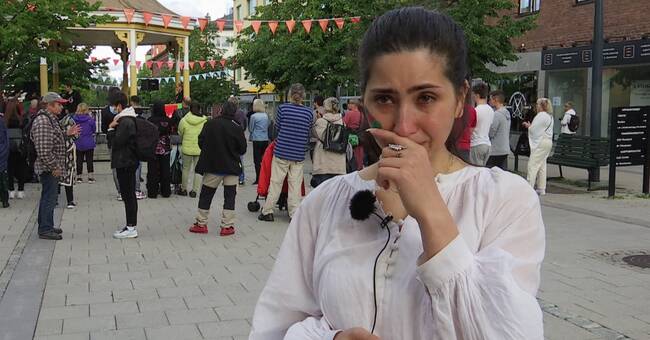 After the Taliban took over Kabul, several media outlets have reported that few women are seen on the streets.

The telephone network has also been down for periods, which makes it difficult for anyone who wants to get in touch with their relatives.

- Yesterday and today I have been able to talk to them but I do not know if I will be able to reach them again, says Lisa Hakar, student at Luleå University of Technology.

"Women are most at risk in Afghanistan"

After the Taliban took over the capital, they said that even women who worked in the state would return to work.

But that is not the image Afghans in Luleå have got when they talk to their relatives.

Instead, they testify that women have been allowed to turn in the door at their workplaces - at the same time as the men have been let in.

- Women are most at risk in Afghanistan.

Imagine that all hope disappears, you are stuck at home and will not have the right to education, go to work or even take a deep breath outdoors, says Lisa Hakkar.

Hear her emotional appeal to all Swedes and the outside world in the video above.