Covid-19 in France: concerns around the Delta variant two weeks before the start of the school year

As the start of the school year approaches, the strong contagiousness of the Delta variant prompted scientists to demand, Thursday, more effective actions to prevent an outbreak of the virus in schools, ... 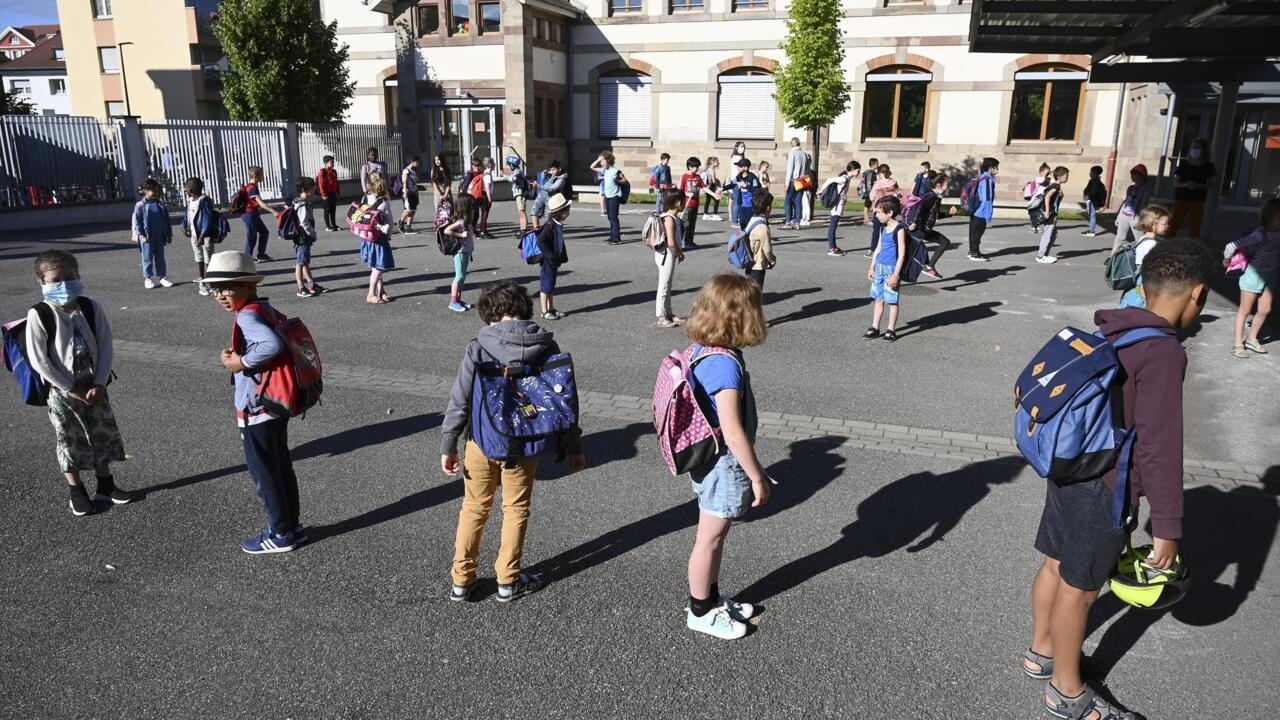 In France, the Delta virus continues to worry doctors and researchers.

Two weeks before the start of the school year, the high contagiousness of the variant prompted scientists to demand, Thursday, August 19, more effective actions to prevent an outbreak of the virus in schools, even if a vaccination of under 12 years old is for the moment excluded.

In a forum in the World, about thirty doctors, researchers and teachers plead for "firm action" and "effective measures from the start" of September 2, without addressing the subject of vaccination.

"In the United States, in Canada, in India, in the United Kingdom, in Italy, in Spain ..., pediatricians and learned societies are calling for more protection for those under the age of 12. In our turn, today, to sound the alarm ", writes this collective bringing together in particular epidemiologists Dominique Costagliola and William Dab, infectious disease specialist Gilles Pialoux and Dr Jérôme Marty, president of the union of liberal doctors UFML.

They stress that "the hospitalization rate of 0-19 year olds is increasing in countries where the Delta variant is predominant".

In France, where this variant is predominant at more than 98%, the number of hospitalizations of 0-9 year olds is "double that of last year" on the same date, and "quadruple" that of 10 -19 years old.

The Delta variant "has completely changed the game," said Robert Cohen, president of the National Professional Council of Pediatrics (CNP), noting that "mathematically, as it is two to three times more contagious, there will be more serious forms and hospitalizations "including in the smallest, even if this remains rare.

But above all, "children will be contagious, practically as much as adults with the first strains of the virus", a totally different scenario from the start of the 2020 school year, where the virus circulated very little in children, and from small to adults.

This is why the pediatrician and hospital infectious disease specialist recommends continuing to intensively vaccinate adolescents, increase the protection of teachers, school staff and parents, and "strengthen prevention measures in schools", with a policy of tests "more frequent, more effective to detect cases very early".

Four levels of health measures (green, yellow, orange and red) were defined in a protocol published on July 28.

The Ministry of National Education is to announce in the coming days the level retained for schools, colleges and high schools, depending on the degree of circulation of the virus.

For the authors of the forum, it would be "unthinkable to consider a resumption at 'level 2' of the protocol (Editor's note: yellow, which provides in particular for the face-to-face reception of all students), while the incidence rate at the 0-19 age group is five times higher than for the start of the 2020 school year ".

The higher alert levels provide for hybrid courses (in person and at a distance), which start in high school for the orange level and from college for the red level.

In their forum, scientists and teachers advocate maintaining the mask from elementary school and closing all classes regardless of school level from the first case of Covid-19.

They also point to a "failure" of the protocols for cleaning the air, calling for opening "windows much more frequently", to systematically equip themselves with CO2 detectors and purifiers, also deploring that "no measures are taken. targets canteens ".

For the Minister of National Education?

Jean-Michel Blanquer, "the school must be as open as possible for all the children of France".

Wishing for a "(school) year as normal as possible", the minister stressed, during a trip to the Paris region, the importance of the campaign which will be carried out in September "for students who are not vaccinated, on the mode of inducement ".

He welcomed the fact that more than 52% of adolescents (between 12 and 17 years old) are already vaccinated with at least one dose.

On the other hand, the minister ruled out vaccination of under 12s.

"This is a topic that is looked at globally" but "as I speak, it is not topical," Mr Blanquer said.

The American laboratories Pfizer and Moderna have already launched clinical studies in the United States on more than 12,000 children, the first results of which will be known at the end of September, with authorizations expected at the end of the year at the earliest.