The case of a rape convict who recently received SEK 840,000 in compensation has provoked strong reactions. Now the Moderates want to change the law. People who commit serious crimes should not receive this type of damages, says the party's legal policy spokesman Johan Forssell. 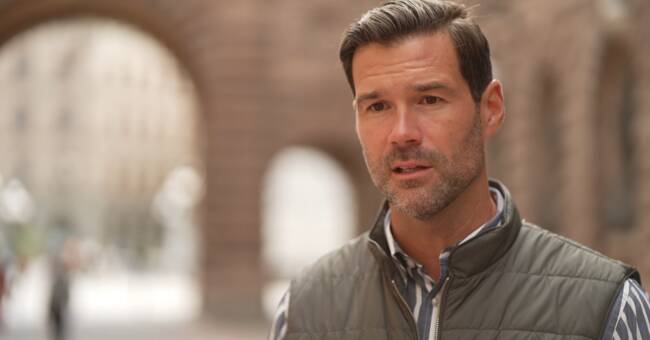 When it later became clear that a rape convict was in fact a minor when the crime was committed, his sentence was reduced.

Recently, the Chancellor of Justice therefore decided to grant him compensation of SEK 840,000.

This is because, given his actual age, he has been in custody for too long.

The decision has received strong criticism because the woman, who was held captive in a basement and subjected to repeated rapes, only received SEK 275,000 in damages.

- It is very offensive that a person who in this case has committed a very serious crime still receives damages that are several times higher than what the victim received, says the Moderates' legal policy spokesman Johan Forssell.

By tightening the adjustment rule, the party wants to make it possible for the Chancellor of Justice to reduce, or remove the damages completely.

- People who commit serious crimes should not receive this type of damages almost in the millions.

It should be reduced or completely removed, says Forssell.

A: Increase compensation for crime victims

Minister of Justice and Migration Morgan Johansson (S) does not agree.

In a written comment to SVT, he says that a better way is to instead sharply increase the compensation to the victims, and make it easier to seize the perpetrators' assets when they owe the victims damages.

Such proposals are out for consultation, but the Moderates intend to present their proposal when the Riksdag opens this autumn.