Children's rights in Haiti: "Unicef ​​calls for much more solidarity"

In Haiti, nearly 2,200 people lost their lives in the earthquake that hit the southwest of the country on Saturday August 14. 12,000 people were also injured in the disaster and require… 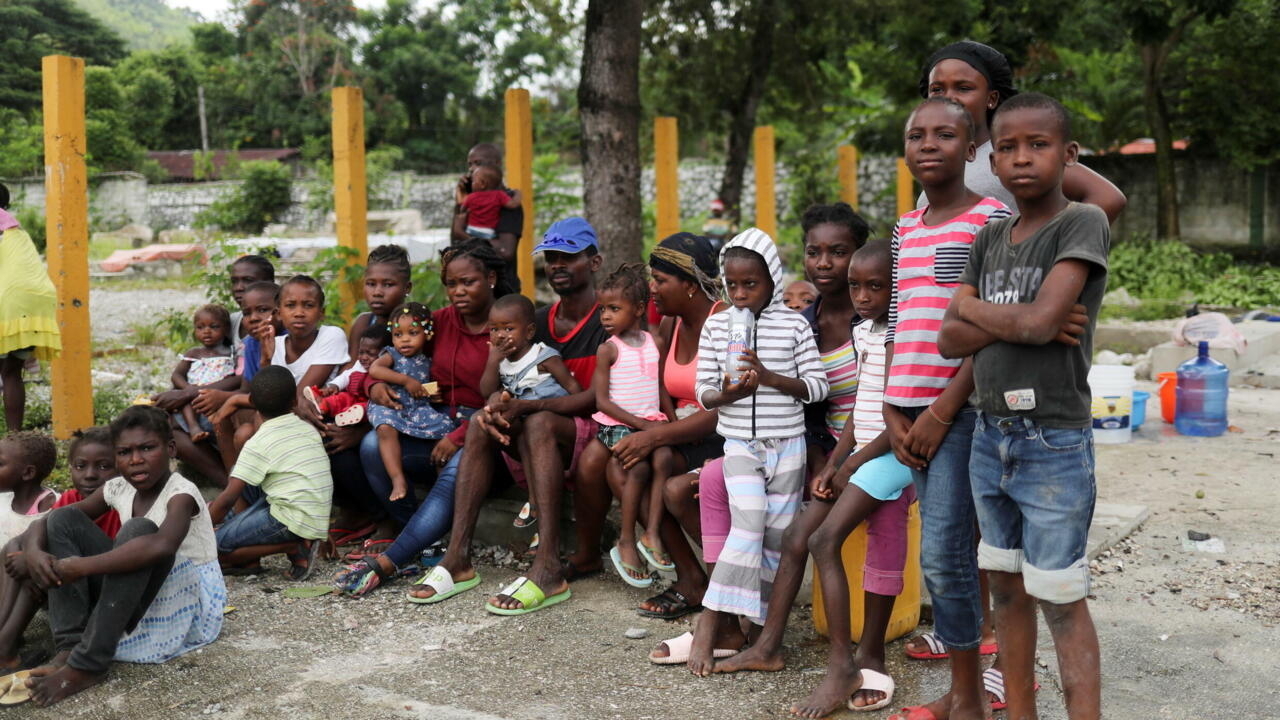 Children's rights in Haiti: "Unicef ​​calls for much more solidarity"

Residents of Camp Perrin after the earthquake in Les Cayes, Haiti, August 18, 2021. According to Unicef, 540,000 children are affected by the earthquake.

In Haiti, nearly 2,200 people lost their lives in the earthquake that hit the southwest of the country on Saturday August 14.

12,000 people were also injured in the disaster and require emergency treatment.

According to Unicef, 540,000 children are affected by the earthquake, as explained by Bruno Maes, the representative of the UN agency in Haiti.

The earthquake caused a lot of material damage.

Many public buildings have been affected.

It is desolation. We have 20 schools totally destroyed, 74 damaged. It will be very difficult for tens of thousands of children to join the school benches at the beginning of September. The minister is considering adjusted strategies such as the construction of temporary schools so that children are not again victims of a blank year. In 2019 and 2020 already, it was very difficult. We had the "

(Country blocked) in 2019 with a lot of protests and security incidents, which meant that many children could not go to school.

Then, we had the Covid with the confinements, and therefore this earthquake which affects the South will again put enormous pressure on parents, teachers, and the education system in general.

It will therefore require an extremely significant investment to be able to send children to school as quickly as possible, and that will also help them overcome traumas which are enormous among the population today.

We have a lot of children who have dropped out of the education system. If efforts are not made to get the children to school as quickly as possible, even in different conditions, with temporary shelters, we really fear that they will drop out. The big risk is really dropping out of school. We have already faced this situation after 2019, but the great concern of Unicef ​​is to see a dropout rate much higher than the national averages of recent years. So it will really be necessary to find alternative solutions to send children to school as quickly as possible, to have a return to a certain normality. Unicef ​​calls for much more solidarity with Haiti in the context we are going through in order to be able to respect basic rights, the fundamental rights of children in this type of situation.It must be recognized that the means are sorely lacking, the financial resources are lacking. It will be necessary to count on the solidarity of the friends of Haiti to come to the support of the populations, but also to strengthen the education system.

To listen: Education, a collateral victim of insecurity in Haiti

Many children lost their parents in the earthquake, how are they taken care of

Currently, with the IBCR, the Institute of Social Welfare, and the government, support is being decided for the weeks and months to come.

In the meantime, children who lost their parents in the

are being looked after by the community, neighbors or extended family.

To listen: Haiti: from the streets to gangs, the journey of children left to their own devices

Some children were also injured in the disaster.

Can they be properly cared for

An impressive number of people rushed or were brought to several referral hospitals in the first hours and days.

and Ofatma have been overwhelmed, there are a lot of injured patients.

These are mainly traumas that require surgery and extremely important care.

Some of the wounded were evacuated to Port-au-Prince, so the emergency remains medical for the moment.

Unicef ​​was able to provide emergency medical kits to the general hospital in Les Cayes, but also shelters, because most patients cannot and do not want to stay in the current hospital infrastructure.

So they are literally outside the hospital, in tents that we have been able to provide.

To read also: Earthquake in Haiti: "Dressings and medicines are starting to run out"