Afghanistan: from Kabul to Panshir, what resistance against the Taliban?

While evacuations continue at Kabul airport, in several Afghan cities opponents of the Taliban have taken to the streets to challenge them. In the Panshir valley, for two ... 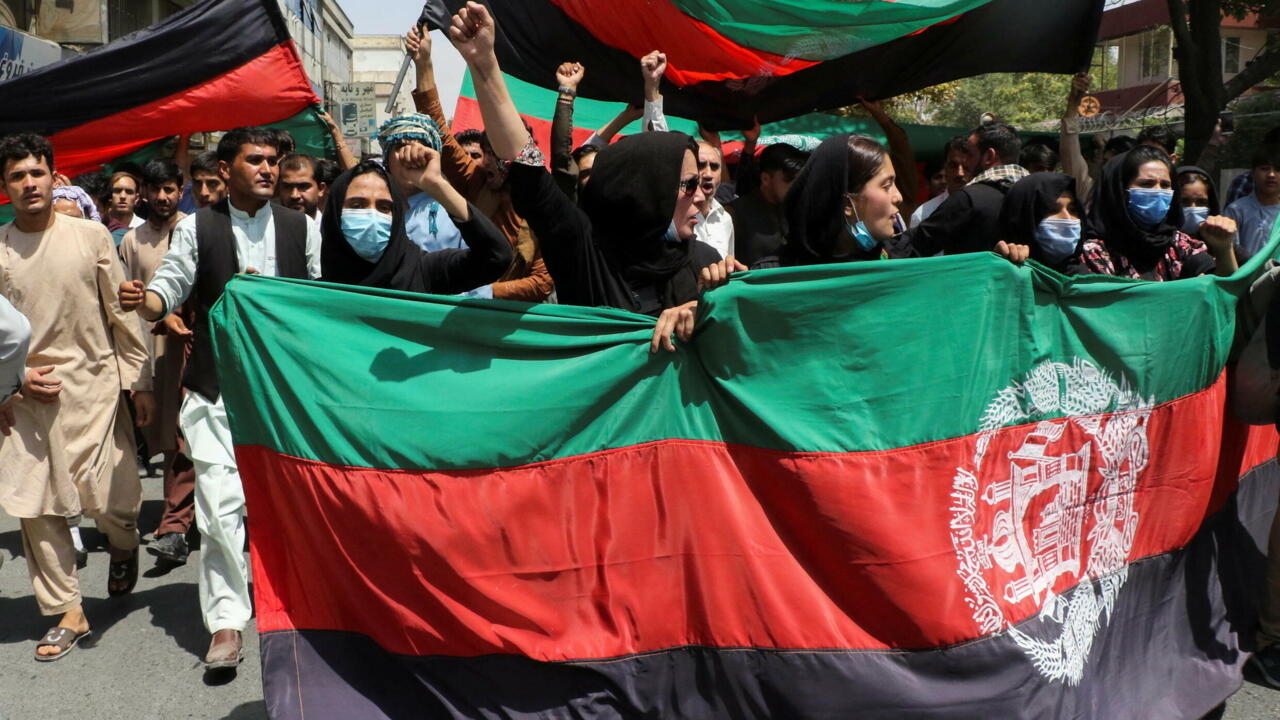 Afghanistan: from Kabul to Panshir, what resistance against the Taliban?

While evacuations continue at Kabul airport, in several Afghan cities opponents of the Taliban have taken to the streets to challenge them.

In the Panshir valley, a two-hour drive north-east of the capital, resistance is organizing.

The Panshir is the last stronghold that still stands up to the Taliban.

In eleven days of a lightning offensive that brought almost the entire country to the hands of the Taliban, only one province escaped: the Panshir valley.

It is a steep, mountainous area, very difficult to access.

An impregnable fortress that neither the Soviets nor the Taliban have ever managed to conquer.

It is therefore in Panshir that resistance to the Taliban is being organized, stressed this Thursday, August 19, the head of Russian diplomacy, Sergey Lavrov, calling for talks with a view to a “

Ahmad Massoud, the son of Commander Massoud, hero of the anti-Soviet resistance assassinated in 2001 by al-Qaeda, was joined in Panshir by former Afghan vice-president Amrullah Saleh.

" he called for Washington's help, support in arms and ammunition, in a column published in the

You are our last hope. .

disgusted by the surrender of their commanders

For the moment there is no fighting, nor attacks against the province of Panshir,

Mahdi, engaged with the population in the province, at the microphone of

, of the International service of RFI

. Those who take part in the resistance are of course the inhabitants of the region, the overwhelming majority of whom have weapons and have done so for decades. Then we have soldiers, former members of the armed forces who retreated to Panshir, after having abandoned their areas subjected to fierce attacks by the Taliban. Finally, a large number of displaced families have joined the ranks of the resistance. Families who have found refuge in the Panshir Valley after fleeing other Afghan provinces.

It is more than likely that if the Taliban take lasting power, form a government and impose their laws, that there will be an even greater influx of displaced people from the rest of Afghanistan into the country. province of Panshir, and who will join the resistance movement.

We can't do it alone

The province, located two hours' drive from the capital Kabul, has in fact welcomed thousands of displaced people from the provinces one after the other under the control of the Taliban since the beginning of May. The vast majority of the fugitives, who had to travel hundreds of kilometers on foot, are currently hosted for the vast majority by the inhabitants of the villages of the valley and endure difficult humanitarian and security conditions.

There is a real problem,

The province of Panshir is surrounded by the Taliban and at any moment we can find ourselves besieged and confronted with a large-scale attack. The Taliban can cut roads in order to prevent the supply of the province with aid, in particular humanitarian. And if that were to happen, we would have to face an extremely serious problem, that of the lack of food, which could endanger people's lives.

The airspace is open,”

It is therefore possible for planes from neighboring countries to deliver aid.

We continue to have a lot of hope, but we cannot do it alone.

We need the help and support of other countries.

It is a common cause, against injustice, against evil, against oppression.

And it's not just about Afghanistan, it's about the whole world.

In addition, clashes continued across the country a few days after the Taliban took power and people died during demonstrations against the Islamist organization.

In Asadabad, in the east, Afghans waved the black, red and green national flag on Thursday, the day of the 102nd anniversary of the independence of Afghanistan.

A way to defy the Taliban who imposed their white flag on public buildings.

, around 200 people also defied the Taliban at a rally, also waving the national flag on Thursday.

In these demonstrations, the protesters also sing nationalist, anti-Pakistani songs.

A similar rally on Wednesday in Jalalabad was dispersed with gunfire.

The Taliban, for their part, spoke in a statement on this national holiday of "

The new regime ordered Thursday on Twitter the release of "

all political detainees [...] without any restriction or condition

According to a confidential UN report, the Taliban are actively looking for people who have worked with foreign forces, the most threatened being Afghan military, police and intelligence officers.

We expect individuals who worked for US and NATO forces and their allies, as well as members of their families, to be threatened with torture and execution,

The report indicates that the Taliban, equipped with "

" filter people going to the airport of Kabul, and set up check points in the largest cities of the country.

To read also: The Afghanistan of the Taliban, from the discourse to the practice of power

Social networks: these symbolic images that told of the capture of Kabul by the Taliban