The victory of the Taliban in Afghanistan spells the end of twenty years of Western presence in this country. China, Russia, Pakistan, Iran, Turkey… World and regional powers have entered… 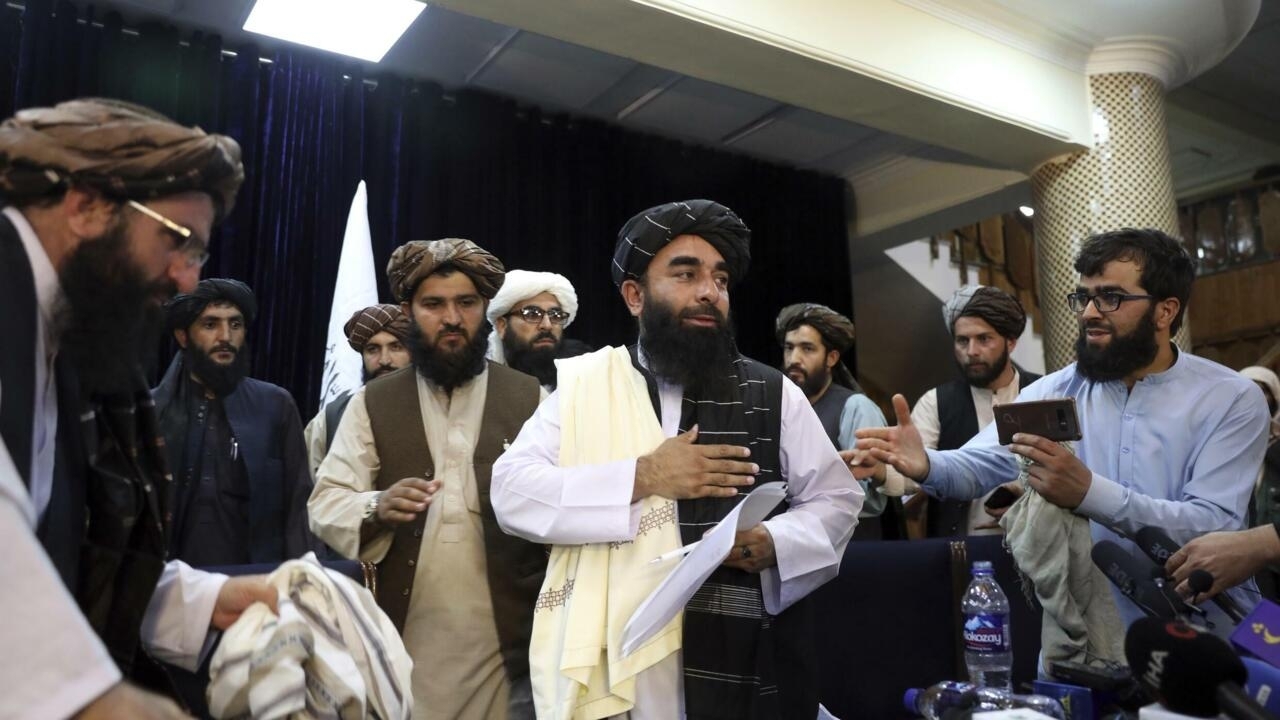 The victory of the Taliban in Afghanistan spells the end of twenty years of Western presence in this country.

China, Russia, Pakistan, Iran, Turkey… World and regional powers have entered into a competition for influence in which strategic, security and economic interests are mingled.

Overview with Clément Therme, associate researcher at the European University Institute in Florence.

RFI: the departure of the United States and its Western allies from Afghanistan creates a vacuum.

Who will and can occupy it?

It is a strategic failure for the United States to have gone to war to drive out the Taliban and - ultimately - to leave with the return of the Taliban.

So there will indeed be international and regional competition around Afghan territory.

With China and Russia as main players at the international level, which keep their embassies in place.

And as regional players: Pakistan, India which will try to preserve an influence, Iran and Turkey.

What guides China, which has said it is ready to maintain "

" with the Afghanistan of the Taliban?

It is above all defensive, in the face of the risk of terrorist contagion linked to the Uyghur issue.

With the Wakhan Corridor, China has a land border with Afghanistan.

There is a very strong security issue which explains the contacts at the highest level between Beijing and the Taliban.

And also an anti-American narrative: showing the failure of the United States through the

failure of the military occupation

To read also: Afghanistan: how China seeks to benefit from the American withdrawal

Showing the failure of the United States is also in Russia's interest, even if in the time of the USSR, Moscow was bogged down in Afghanistan ...

For Russia, the question is posed differently since there is a recent history of Soviet military occupation of Afghanistan and a memory of this very significant war in Russia. Today there is a success of Russia which anticipated the victory of the Taliban, with whom contacts have been established for a long time. The need for Russia is to secure the border with Central Asia. Russian troops guard the

and Afghanistan. The challenge is to confine the Taliban to Afghan territory and to prevent the spread of transnational jihadism. Since the emergence of Daesh [the Islamic State group] in Afghanistan, Russia has strengthened its contacts with the Taliban, with a view to fighting Daesh.

To read also: Afghanistan: the Russian ambassador will meet the Taliban in Kabul

What is the perception of Iran, neighbor of Afghanistan?

Worried about this Shiite country when a radical Sunni movement will seize power at its border?

Or relief to see US forces leaving the region?

For the Islamic Republic, this is a superficial, rhetorical victory. It is true that the official propaganda, that of the Revolutionary Guards in particular, calls for the American withdrawal. At the same time, Iran has benefited from this American military presence in Afghanistan, which has enabled the rise of the Hazaras, the Afghan Shiite minority which is also Tehran's ally. The challenge for Iran is to preserve its sphere of influence within this Hazara Shiite community and at the same time, to be able to capitalize on its relations built with the Taliban, in the perspective of the anti-American discourse of the Republic. Islamic.

But Iran is also facing the victory of the Taliban, a movement historically hostile to the Shiites.

And the destabilization of Iran's eastern border raises questions of immediate security.

There is the risk of an influx of refugees and also of a surge in drug trafficking since the Taliban will likely build a narco-state.

All of this poses significant security challenges.

To read also: Afghanistan: for Iran, the American "military failure", a chance for a lasting peace

Pakistan is often presented as the mentor of the Taliban.

He will benefit from their coming to power in Afghanistan.

And what about India, Pakistan's great regional rival?

There are indeed common interests between Pakistan and the Taliban. But there is also a risk of contagion in the direction of the Pakistani Taliban who carried out numerous attacks in this country. So Islamabad has an ambiguous relationship with the Taliban in Afghanistan. There may be a will in Pakistan to “moderate” the Afghan Taliban. But undoubtedly with differences of approach on this subject within Pakistan itself.

For India, which had supported the Afghan power which has just fallen, it is a failure.

We are really witnessing a redistribution of the cards: in the 1990s, Russia, India and Iran were aligned to support the forces of Commander Massoud, but today we see that Russia and Iran are breaking away from this alliance, to get closer to Pakistan and normalize their relations with the Taliban.

Sunni Muslim country member of NATO, does Turkey have a particular role to play in Afghanistan?

Absolutely. With 500 Turkish soldiers at Kabul airport, Ankara is working to maintain a military presence in Afghanistan. It is an asset for Turkish diplomacy, especially in its relations with the Biden administration. It would be a success to maintain this military presence in Afghanistan after the Americans leave. Turkish influence extends in the Caucasus, with the victory of Azerbaijan [supported by Ankara] against Armenia in the Nagorno-Karabakh war in 2020. This Turkish expansionism is developing in Central Asia and towards the Afghanistan now. If we add to this the good relations of Turkey with Pakistan and with Qatar [which welcomed the Taliban leaders until their return to Kabul and which hosted the negotiations between the Taliban and Washington], Ankara really has a map. to play in this space.This is what Turkish diplomacy is trying to promote with the Biden administration in a logic of

Qatar is playing a mediating role in the return to power of the Taliban.

And from 1996 to 2001, Saudi Arabia and the United Arab Emirates were among the few countries (along with Pakistan) to recognize Taliban power.

How are these Sunni monarchies, Washington's allies positioned today

They will have to manage their relations with the Biden administration and with post-American Afghanistan.

They will also strive to reduce Iranian influence by ensuring that the Taliban do not become Tehran's partners in this space.

The other concern will be to prevent Iran from using the influx of Afghan refugees to fight in transnational Shiite militias, which can be seen in Syria, for example.

To read also: Afghanistan: while the Taliban promise peace, the world observes with concern