In a recent book, Minna-Maaria Sipilä tells about the death of Tuomo in the family pit. Tuomo died unexpectedly after undergoing a small operation on his ear that he was unusually worried about beforehand. 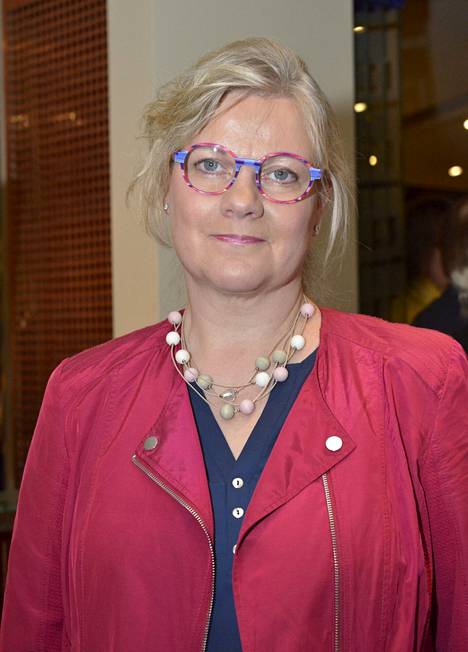 Juha and Minna-Maaria Sipilä's pit Tuomo died at the age of 22 on 17 February 2015 due to complications of an operation performed at Oulu University Hospital.

At that time, Juha Sipilä was the chairman of the Center Party of Finland preparing for the parliamentary elections.

In a new book written by Anneli Juutilainen After Your Departure - Stories of Grief and Survival (Docendo), Minna-Maaria Sipilä says that Tuomo has considered in advance whether it is worthwhile for her to go to a measure that is not necessary at all.

He had been unusually worried.

- Tuomo had previously undergone two other ear-related measures, but then he was not as pensive about them.

Later, I wondered if he had any idea that his time was short, Minna-Maaria Sipilä reflects in the book.

Juha Sipilä should have wondered if he should not have gone into this operation at all.

In the book, Minna-Maaria Sipilä also tells how a fateful night progressed.

He had received a call from a doctor at night: Tuomo had died at the hospital on the way to the toilet.

An attempt had been made to revive him for 45 minutes.

Minna-Maaria Sipilä went to the hospital with Tuomo's three brothers and sister.

Juha Sipilä received a mourning message at his Sipoon home from his brother.

That night he set off to drive 600 kilometers to Kempele.

Tuomo had been a calm self when his mother had talked to him after the procedure.

Minna-Maaria Sipilä had been concerned when the procedure had lasted longer than planned.

- I had some kind of primitive feeling or idea that everything was not well, Minna-Maaria Sipilä recalls in the book.

However, the operation went smoothly.

It is not told in the book what kind of post-complication it was.

Juha Sipilä has said in public that he carved a boat-like coffin for Tuomo with the men of the family.

Tuomo's girlfriend sewed a pillow on it.

The mother made a bed of lace sheets she had received as a wedding gift for her son.

- For me, crying was the best way to help myself in the most difficult moments, Minna-Maaria Sipilä says in a new book.

Tuomo had inherited from his mother a love of music.

From his father he became interested in the forms of clean energy production.

He studied process engineering at university.

- Tuomo was easily approachable and he knew how to pay special attention to people who would otherwise have been ignored, Juha Sipilä said in an interview with IS after the Funeral.

After a long period of grief, Minna-Maaria Sipilä feels longing, but says that she has had peace with Tuomo's death.

In keeping with the Christian values ​​of the family, he is comforted by the idea of ​​seeing him again.

The source of the story and quotes: After you leave - Stories of grief and survival / Anneli Juutilainen / Docendo.