United States announces anti-Covid vaccine booster campaign at the end of September Washington (AFP) A recall campaign for the anti-Covid vaccines from Pfizer and Moderna will be launched for all Americans from September 20, health officials said on Wednesday, worrying about the decline in immune protection conferred by vaccines over time . Americans who have received one of these sera will be able to request a third injection eight months after the second, starting the week of 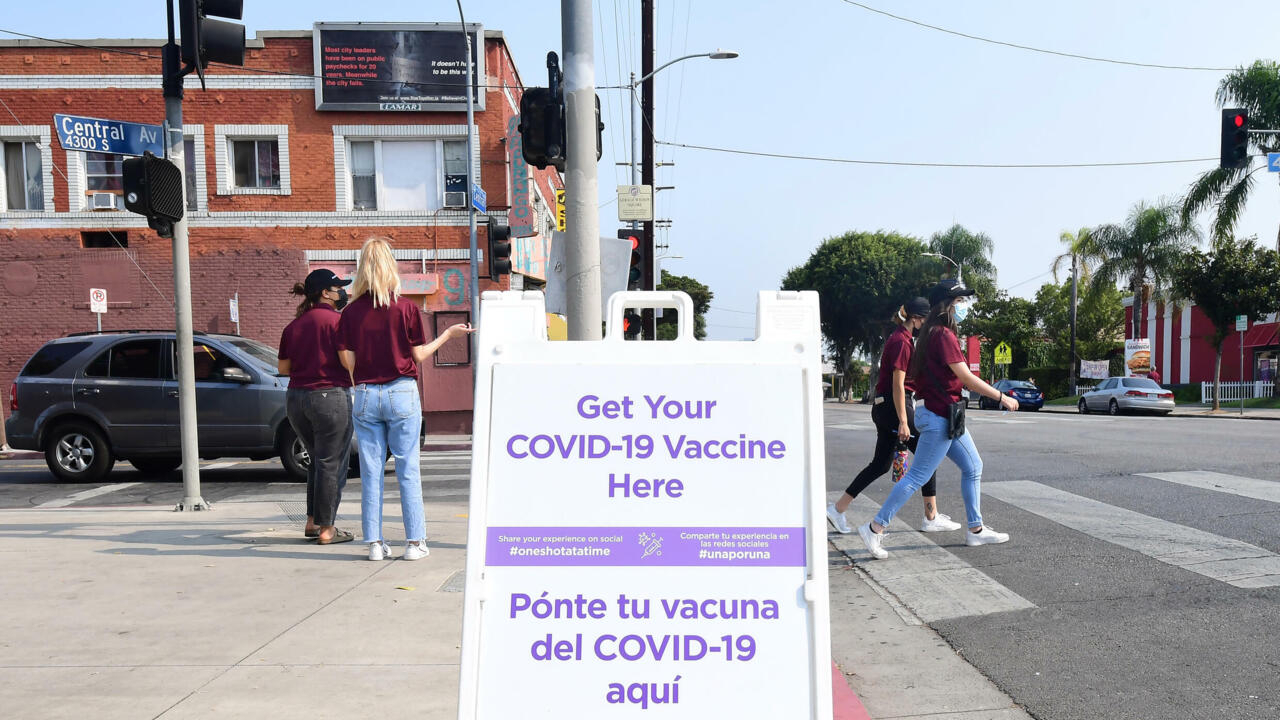 A recall campaign for the anti-Covid vaccines from Pfizer and Moderna will be launched for all Americans from September 20, health officials said on Wednesday, worrying about the decline in immune protection conferred by vaccines over time .

Americans who have received one of these sera will be able to request a third injection eight months after the second, starting the week of September 20, senior health officials said on Wednesday, highlighting the current surge in the Delta variant epidemic. in the country.

"The available data clearly show that the protection against infection with SARS-CoV-2 begins to decline over time after the first doses of vaccine", they justified in a joint statement, notably signed by the director of the Centers of Disease Prevention and Control (CDC) Rochelle Walensky and US Drugs Agency (FDA) Acting Chief Janet Woodcock.

"Added to the dominance of the Delta variant, we are starting to see evidence of reduced protection against mild and moderate cases of the disease," they add.

Worse, "the current protection against severe cases of the disease, hospitalizations and death could decrease in the months to come, particularly for people at higher risk or those vaccinated during the first phase of the initial vaccination campaign", warn these officials, including White House pandemic adviser Anthony Fauci.

This recall campaign, however, remains suspended from the authorization of an additional dose of these two vaccines by the United States Medicines Agency (FDA), they specify.

The first people to be able to benefit from this additional dose will be "residents of retirement homes", "other elderly people" and "many health professionals", who were the first categories of the population to be vaccinated in the States. -United.

The first vaccine injections had taken place in December 2020 in the United States, the remedies of Pfizer and Moderna having been authorized urgently only a week apart.

A booster dose will also "probably be necessary" for people who have received a single injection of the Johnson & Johnson vaccine, health officials say.

But vaccinations with this serum did not begin in the United States "until March 2021", and data concerning them are expected "in the coming weeks".

People vaccinated with Johnson & Johnson are in the minority in the United States (nearly 14 million).

After the green light from the Medicines Agency, the health authorities will also have to validate the decision, and publish their recommendations for the professionals responsible for administering this third dose.

The Pfizer / BioNTech alliance announced Monday that it had submitted initial data to the FDA showing the benefits of a third dose for immune protection.

And more complete results will be submitted "quickly", the companies said.

The United States originally ordered 300 million doses of the vaccines from Pfizer and Moderna, but recently purchased an additional 200 million doses from each - enough to conduct this recall campaign.

Almost 60% of the American population, or more than 198 million people, has already received at least one dose of the vaccine.

Several countries have already started recall campaigns targeting parts of their population, including Israel, which recently lowered the minimum age for a third dose to 50 years.

And this despite calls from the World Health Organization (WHO) to postpone recall operations in an attempt to remedy the gaping vaccine inequalities between rich and poor countries.

The United States had rejected the call, saying it did not "need" to choose between administering vaccines to its citizens or donating them to poor countries.

"We will also continue to expand our efforts to increase the supply of vaccines for other countries," said US health authorities on Wednesday, "going beyond the 600 million doses that we have already committed to give" .