MP and M in debate on Afghan refugees

The Green Party thinks that Sweden should take greater responsibility and has the opportunity to do more for refugees. The moderates believe that it is time for other countries to step forward. 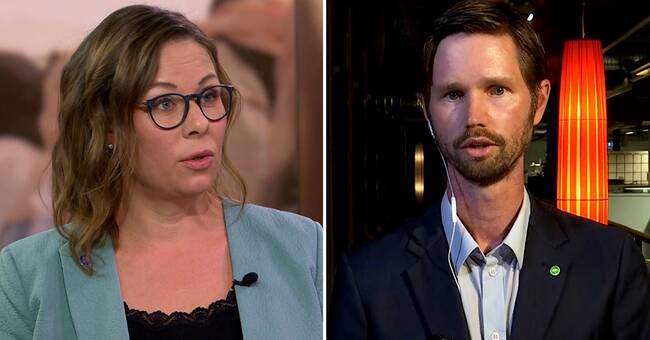 The two parties met in a debate in tonight's Aktuellt.

The Green Party thinks that Sweden should take greater responsibility - together with other EU countries - for receiving more refugees in Sweden.

- Sweden has done a lot in the refugee area but we have the opportunity to do more, says Rasmus Ling, the Green Party's spokesperson on migration issues

The moderates believe that the responsibility should be eased from Sweden.

- Now is the time for other countries to step forward.

We have taken an enormous responsibility, says Maria Malmer Stenergard, migration policy spokesperson for the Moderates.

Maria Malmer Stenergard looks back to the refugee crisis in 2015.

- Now we see the consequences of some countries taking a disproportionately large responsibility, as Sweden did then.

Rasmus Ling thinks that the refugee quota should be increased.

- Now when you see the pictures from Afghanistan, it is complete chaos, so we should increase the refugee quota and together with others do more, he says.

See more in the clip above from the debate, where deportation decisions are also discussed.