Diary from Kabul: 'The bullet hit the ground close to us'

Dewaa is sixteen years old, born in Rotterdam and will go to the fifth grade of the havo after the summer holidays. This summer she traveled with her family to Afghanistan to bury her grandfather. Her father was an interpreter for the Dutch army for a few years. Since the Taliban took power in Kabul, she has been hiding in an apartment with her family. They are waiting for the Dutch authorities to give the green light to leave. Dewaa keeps a diary for NU.nl. Her real name is known to the editors. 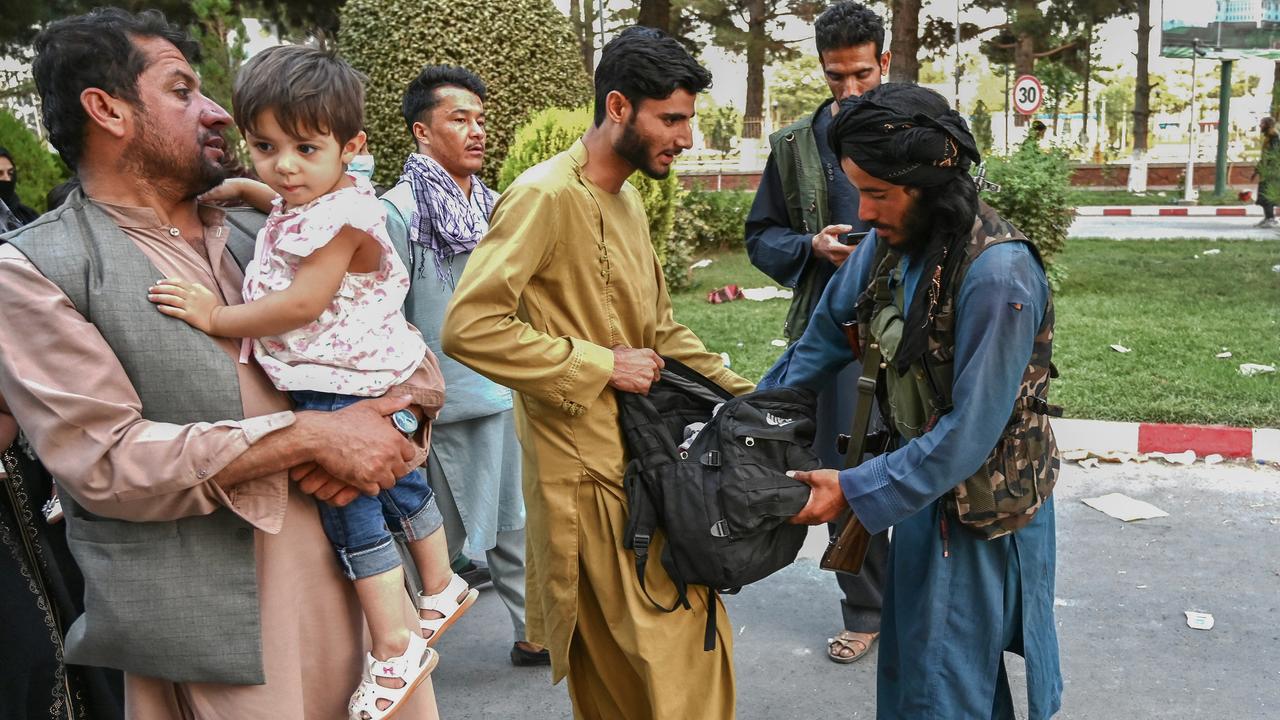 Dewaa is sixteen years old, born in Rotterdam and will go to the fifth grade of the havo after the summer holidays.

This summer she traveled with her family to Afghanistan to bury her grandfather.

Her father was an interpreter for the Dutch army for a few years.

Since the Taliban took power in Kabul, she has been hiding in an apartment with her family.

They are waiting for the Dutch authorities to give the green light to leave.

Dewaa keeps a diary for NU.nl.

Her real name is known to the editors.

It was exactly a quarter to eight. They had good news: we could go on a plane. Only we had to get to the airport within half an hour, without luggage. My father said that was impossible: there are traffic jams everywhere, so the journey would take two hours. But from the Netherlands they said we should try it anyway. We packed our things and ran downstairs. We were able to get out through a back door with no Taliban guard standing by and managed to get away undetected.

Before we went out, my mother, sister and I had to put on a burqa.

Such an all-covering robe with gauze covering your eyes, in which you see Afghan women walking.

I had never worn such a thing.

In the house where I live they had two lying around, and we borrowed one from the neighbors.

You can't breathe, you can't see anything.

It is very hot under such a thing and I had to be careful not to trip.

Hiding in the back seat in a burqa

My father hailed a taxi and the women sat in the back.

This way we could discreetly get to the airport.

I wasn't scared, but I could feel the adrenaline rushing through my veins.

From under my burqa I looked out the window of the taxi.

On the street I saw only men, women have disappeared.

Taliban fighters everywhere: on scooters, in jeeps with white flags fluttering in front.

But luckily we were able to drive through roadblocks - not once were we stopped.

Hundreds of people stood at the gate at the airport.

It was dark - we did see light in the distance at the entrance gate, where American soldiers were standing.

My father held up his passport and shouted in English that we had received a message from the Dutch embassy.

An American soldier standing on a wall did not listen, but fired his automatic rifle in our direction.

The bullet hit the ground near us.

I was shocked - I had not expected that, especially since we had heard from the Dutch authorities that we would be able to pass.

How could this guard not know about that?

My sister and I were calmed down by guys behind us.

The American on the wall yelled back that we were at the wrong gate and that he didn't know anything else.

A little further on were taxi drivers who claimed they knew where to go, so we got in. We drove to another side of the airport, but there were also a lot of people there. Here was a checkpoint with men in Afghan army uniforms. My father explained the situation again. The guard became furious, started yelling and threatening, shouting, "Death to America!" He and other guards pointed their guns at us and told us to leave. Otherwise we would be shot. Were they Taliban fighters wearing army uniforms? That remained unclear.

My father tried to call the crisis center of the Dutch Ministry of Foreign Affairs, but no one answered. At about nine o'clock in the evening - we had been at the airport for over an hour by then - we saw a military plane take off overhead. My father thought it was the C17 that we should have been on. There was a lot of yelling and pushing around us. My sister, mother and I were the only women in a sea of ​​men. Everyone looked at us. A Taliban fighter, because they were also walking around there, only stood in front of my sister and made eye contact with her right through her burqa.

It all felt very unsafe so we decided to go back.

We hailed a taxi and set off.

The new Taliban government has imposed a curfew, so we were officially banned from being on the streets.

The taxi drove very fast through the now quiet streets.

Fortunately we were not stopped anywhere and we were able to re-enter our house through the back door.

There was a power outage in the apartment complex.

My sister and I did not fall asleep.

The scenes of that night haunted our minds.

Apologies from the crisis center

In the middle of the night, at half past one, my father's phone rang.

It was the crisis center in The Hague.

They apologized for the failed evacuation.

They said there was a new flight coming and we would be warned two hours in advance.

My father got angry and said it was impossible to be at the airport in two hours.

We couldn't get back to sleep after that.

It wasn't until dawn that I limped away for a few hours.

When I woke up, I heard from another family we live with in this house (they have five children, the youngest a baby one and a half years old) that an American plane would also come and take people.

They wanted to try to take that flight.

We also decided to go to the airport, even though we hadn't heard anything from the Netherlands yet.

We would at least be on time.

We put on the burqas again and went down at about half past nine in the morning, this time taking two taxis.

Again there was a lot of traffic, again a lot of Taliban on the street.

And again crowds of people at the airport.

We got out of the taxi and walked for the last twenty minutes.

We soon lost sight of the family we had come with.

At the airport we heard gunshots and gas grenades were thrown to disperse the crowds.

I was afraid that a fired bullet would fall from the sky and injure us.

My father tried to walk forward, but it was too dangerous.

We decided to go back again.

Interpreter hiding in Kabul: 'Taliban are trying to scare us'

'We'll have to think of something else'

Back at the apartment I felt huge disappointment.

Disappointment with the chaotic way in which the Dutch authorities organize this evacuation.

We don't hear anything, we don't get a call.

An hour after us, the family with the five children also returned home, they hadn't made it to the airport either.

Fortunately, they all returned safely.

We ate an okra dish together with bread.

Without yogurt, because that is no longer available in the city.

We have decided as a family that we are no longer going to the airport this way.

We'll have to think of something else.

I'd like to close with the only good news of the last few days: the Taliban don't seem to be busting people like us.

See also: Diary from Kabul: 'What if the Taliban knock on our door later?'