"Artificial intelligence systems": what kind of combat robots are being developed in Russia

At the upcoming Army-2021 forum, the Russian Ministry of Defense plans to conclude a contract for the supply of Uran-14 robotic fire extinguishing systems. This was stated by the head of the department Sergei Shoigu. According to him, combat, reconnaissance and sapper robots will also be presented at the forum. In addition, the forum will host competitions for the control of such devices. According to analysts, military robotics is one of the most promising areas of development in the military-industrial complex. 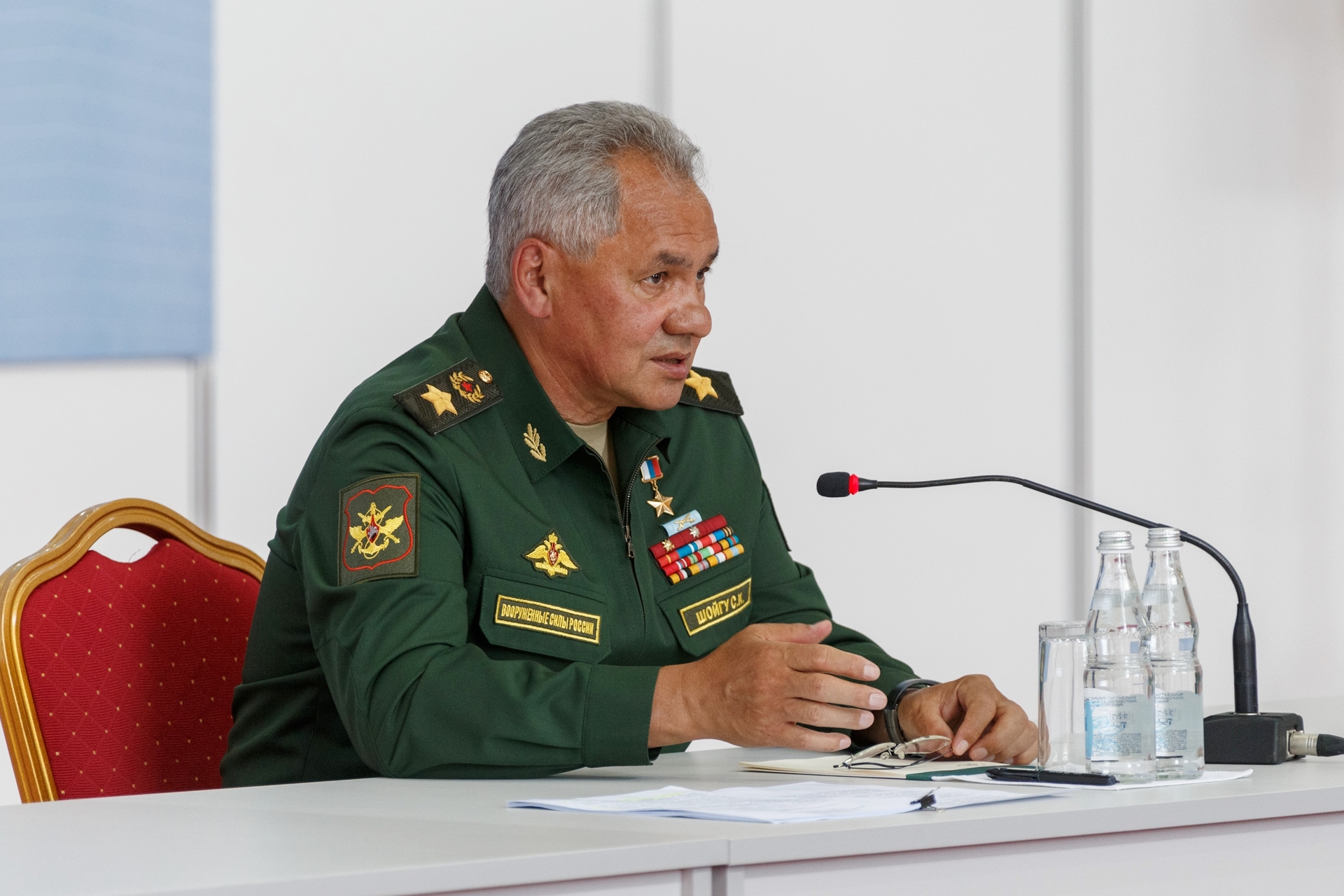 The Ministry of Defense of the Russian Federation will sign a contract for the supply of Uran-14 robotic fire-extinguishing systems at the Army-2021 international military-technical forum.

This was announced by the head of the department Sergei Shoigu in an interview with the newspaper "Krasnaya Zvezda".

“Contracts will be signed for the supply of Uran-14 robotic systems, remote mining systems, artillery systems and heavy flamethrower systems, special equipment for the Ground Forces, T-90M tanks and for the modernization of T-90 tanks.

We will sign a contract for the construction of reconnaissance ships and minesweepers, for the supply and modernization of aircraft, for the purchase of high-precision weapons, ”the minister said.

Sergei Shoigu said that other types of robotic equipment will be presented at the forum sites, which will be held from August 22 to 28 in the Patriot park, as well as competitions in the control of such machines will be held.

“On August 25-26, within the framework of the forum, a championship in control of UAVs and robotic systems will take place.

There, of course, we will show, in particular, combat robots, reconnaissance robots, mine clearance robots, robots for extinguishing fires and working in hazardous environments, ”the Minister of Defense said.

In total, according to him, at the forum it is planned to sign "45 state contracts for about 500 billion rubles."

The robotic complex "Uran-14" was created by the Krasnogorsk enterprise "766 Management of production and technological equipment" ("766 UPTK").

The machine is designed for remote extinguishing of fires at hazardous and hard-to-reach objects.

“The presence of an automatic self-cooling system makes it possible to extinguish a fire in a high temperature zone, and an armored body allows protecting the components and assemblies of a remotely controlled vehicle,” the developer's website says.

The robot has already been tested by the military at last year's exercises "Kavkaz-2020".

It is worth noting that 766 UPTK has created a whole line of Uranus robots.

So, in addition to the 14th model, the enterprise offers its customers to purchase the "Uran-6" robot-sapper.

It is designed for continuous clearance of the terrain and is capable of withstanding explosions up to 4 kg of TNT.

The complex has already been used by the Russian military in the course of several modern local conflicts.

Foreign customers also show interest in the development of the Krasnogorsk enterprise.

This was announced by the director of the Federal Service for Military-Technical Cooperation Dmitry Shugaev.

It is designed to protect personnel and withdraw them from enemy fire.

The equipment of the device includes anti-tank guided missiles "Attack", a 30-mm automatic cannon 2A72 and a 7.62-mm machine gun.

In April 2021, the Ministry of Defense received another batch of 20 Uran-9 vehicles.

According to media reports, the developers are now considering the possibility of creating a short-range air defense robot based on Uran-9.

Such vehicles can be equipped with Igla-S or Verba anti-aircraft missiles.

The main purpose of the air defense robot will be the fight against aircraft and air attack vehicles moving at low and extremely low altitudes.

In addition, work is underway to create a heavy sapper complex for demining the area from powerful anti-tank mines.

The first prototypes are expected to be released in 2022.

In addition to "766 UPTK", other enterprises are also engaged in the development of robots in the Russian Federation.

The compact Wearable robot is designed for reconnaissance.

The heavier "Light" and "Carried" perform sapper functions, but they can also be equipped with military weapons.

So, on the robot "Light", according to the TK "Zvezda", you can install anti-tank missiles, a Kalashnikov machine gun and other types of weapons.

BTR-MDM "Shell" is a robotic version of the armored personnel carrier of the same name, which is used in the Airborne Forces.

It is known that a 12.7-mm Kord machine gun, a 7.62-mm Kalashnikov machine gun and an AG-30M automatic grenade launcher can be mounted on the combat module in various versions.

In addition, the possibility of equipping Nerekhta with anti-tank missiles is being considered.

The peculiarity of the "Kungas" complex is that all the robots included in it can be controlled from one center within the framework of a single control system.

The Kalashnikov company is developing the Companion combat robot.

This tracked armored vehicle is designed for reconnaissance, fire support of units, patrolling and protection of territories and important objects, as well as demining.

In turn, "Uralvagonzavod" is engaged in the creation of a heavy-class strike robot "Shturm".

It is assumed that the device will have several configuration options.

"Saving the lives of soldiers"

The active introduction of combat robots into the troops has already entailed changes in the educational system of the RF Armed Forces.

Thus, the Ministry of Science and Higher Education of Russia approved a new federal educational state standard "Robotics for military and special purposes."

And in the military academy of the Strategic Missile Forces named after Peter the Great, it was decided to start training specialists in the application and maintenance of robotics.

In addition, as Sergei Shoigu noted in August this year, as part of the development of robotics in the Russian Federation, more than 300 new educational programs have been created in recent years to train specialized specialists.

According to the Minister of Defense, today robots and drones are becoming a serious factor on the battlefield.

In turn, the Commander-in-Chief of the Ground Forces, General of the Army Oleg Salyukov, at the end of 2019 stated that the appearance of robots was making changes in the tactics of warfare.

“As you can see, work on the creation of

) is not standing still, but continues.

Their introduction into the troops and the development of the theory of combat use can contribute to a change in the order and methods of using combined arms formations in the conduct of hostilities, "the military leader noted.

According to military expert Yuri Knutov, the Russian Federation has now managed to make serious progress in the field of robotics.

One of the most successful developments at the moment, he believes, has become the Uranus complex.

The successful use of robots in Syria has given a strong impetus to the development of such programs.

Now robotization is actively taking place in the Russian troops, "the analyst said in an interview with RT.

The introduction of "Uranus" will allow "to work out the technology of using artificial intelligence and robotic systems, which in the future will simplify the introduction of other similar systems into the troops," added Yuri Knutov.

“Serial deliveries of Uranovs indicate that these machines justify the hopes that were placed on them.

The Minister of Defense constantly emphasizes their importance for the army.

This means that money will continue to be invested in the development of this industry, ”the expert said in a comment to RT.

He also explained that the main advantage of such devices is "the maximum exclusion of a person from the process of introducing hostilities in some operations."

As Yuri Knutov notes, today the creation of combat robots is one of the priority areas for the domestic military-industrial complex.

“The main advantage of the introduction of such technology is to save the lives of soldiers and officers in the war.

The robots on the battlefield will go ahead, shutting down the military.

The more successful Russia is to introduce robotic systems into the troops, the more powerful and stronger the Russian army will be, ”the analyst concluded.