Fewer and fewer choose to baptize their children in the Church of Sweden and after almost two years of pandemic, the number of baptisms is at record low levels. Within the church, there is concern about what the declining membership will mean for the church's activities in the future. 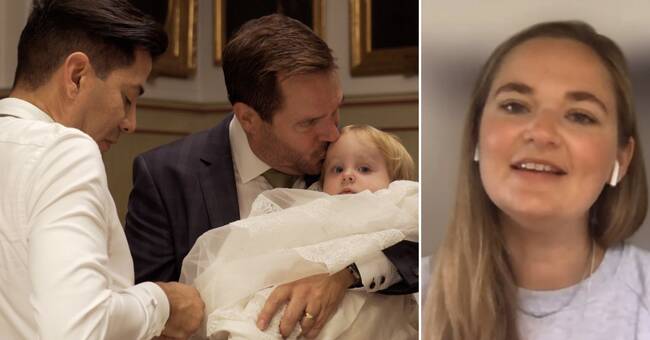 Figures from the Church of Sweden show that fewer and fewer children are baptized every year.

- Of course we have fewer baptisms here in the church.

But also that I notice in my circle of relatives and friends that a younger generation does not as obviously choose baptism.

The Church of Sweden is concerned that the number of baptisms will continue to fall over generations because baptism is also a founding member.

In 20 years, the Church of Sweden has lost just over 1.6 million members.

- For the Church of Sweden, a large loss of members means that we will not be able to be a church in the same way as we are today, says Marika Markovits.

The historian of religion David Thurfjell believes that the declining number of baptisms may be partly due to the fact that the idea of ​​what religion is has changed since it ceased to be mandatory to be a member of the Church of Sweden and Sweden has developed into a more multi-religious country.

- Being a state church utheran or Swedish church has been challenged by other views on what religion is, where religion is a stronger identity. We have changed the view of what religion is - to the point that it must be something more intense. So it is a major "statement" in our religious landscape today.