Employee at IFK Gothenburg exposed to threats after demonstration

This weekend, an employee at IFK Gothenburg was exposed to threats and vandalism at his home, the club writes in a press release. The event has a clear connection to the club's manifestation during the match against Malmö FF on Saturday, when the team played in rainbow colors.&nbsp; 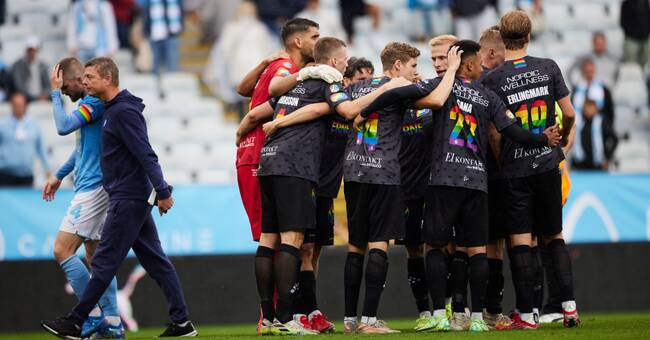 It was last Saturday that IFK Gothenburg played an away match against Malmö FF.

Both teams then wore rainbow colors on their match clothes, a manifestation for everyone's equal value that was carried out with the celebration of World Pride in Copenhagen, which is also taking place in Malmö.

Several employees at IFK Gothenburg also participated in a seminar during the World Pride festival which was about inclusion in football.

“Our players, leaders, other employees and the board strongly dissociate themselves from the actions.

We will continue to take a stand for a society where everyone has the right to be themselves and where all people are equally valuable, "the club wrote in a press release.

The crimes to which the employee has been subjected have been reported to the police by the club.