Early on Sunday morning, pistol shots were fired at Danska vägen in Gothenburg. According to the police, this is a house party that has derailed. Two men are currently under arrest for attempted murder, and three more for aggravated assault. 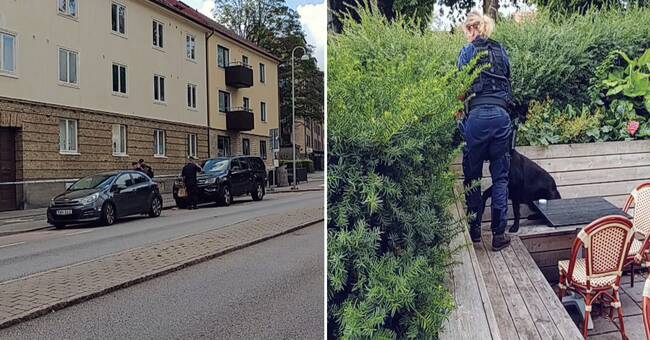 A man in his 20s could be arrested on Sunday morning after several people heard two or more shots fired.

An empty shell was found at the crime scene, and the man could be arrested in the immediate area, a pistol was also found.

It is unclear whether anyone was hit by the shots or not.

Injured one of the suspects

According to the police's spokesperson Thomas Fuxborg, the shooting must have occurred in connection with an apartment party.

- Something has happened at the party that led to a fight, says Fuxborg.

A man with head injuries, who is suspected of being beaten, was also found at the scene.

The injured man was taken to hospital for treatment and monitoring.

On Sunday afternoon, the police state that the injured man has also been arrested on suspicion of attempted murder.

Another three men have been arrested on suspicion of aggravated assault, these departed from the crime scene in a car that was stopped on the E20 for control by the police.

The police are also said to have found traces of blood, which are believed to be connected to the assault.

On Sunday, technical investigations were carried out outdoors, and in the apartment, Fuxborg states.

A total of five people have been arrested on Sunday afternoon.