Eight people died: what is known about the crash of the Russian Be-200 plane in Turkey

In Turkey, a Russian Be-200 aircraft of the Ministry of Defense of the Russian Federation crashed while landing. The department reported that the plane took part in extinguishing fires in the republic. Onboard there were five crew members from among the Russian military personnel and three Turkish citizens - all of them died. The reasons for the incident are still unknown. Russian President Vladimir Putin expressed deep condolences to the families and friends of the servicemen who died in the crash, and instructed Defense Minister Sergei Shoigu to posthumously present them for state awards. 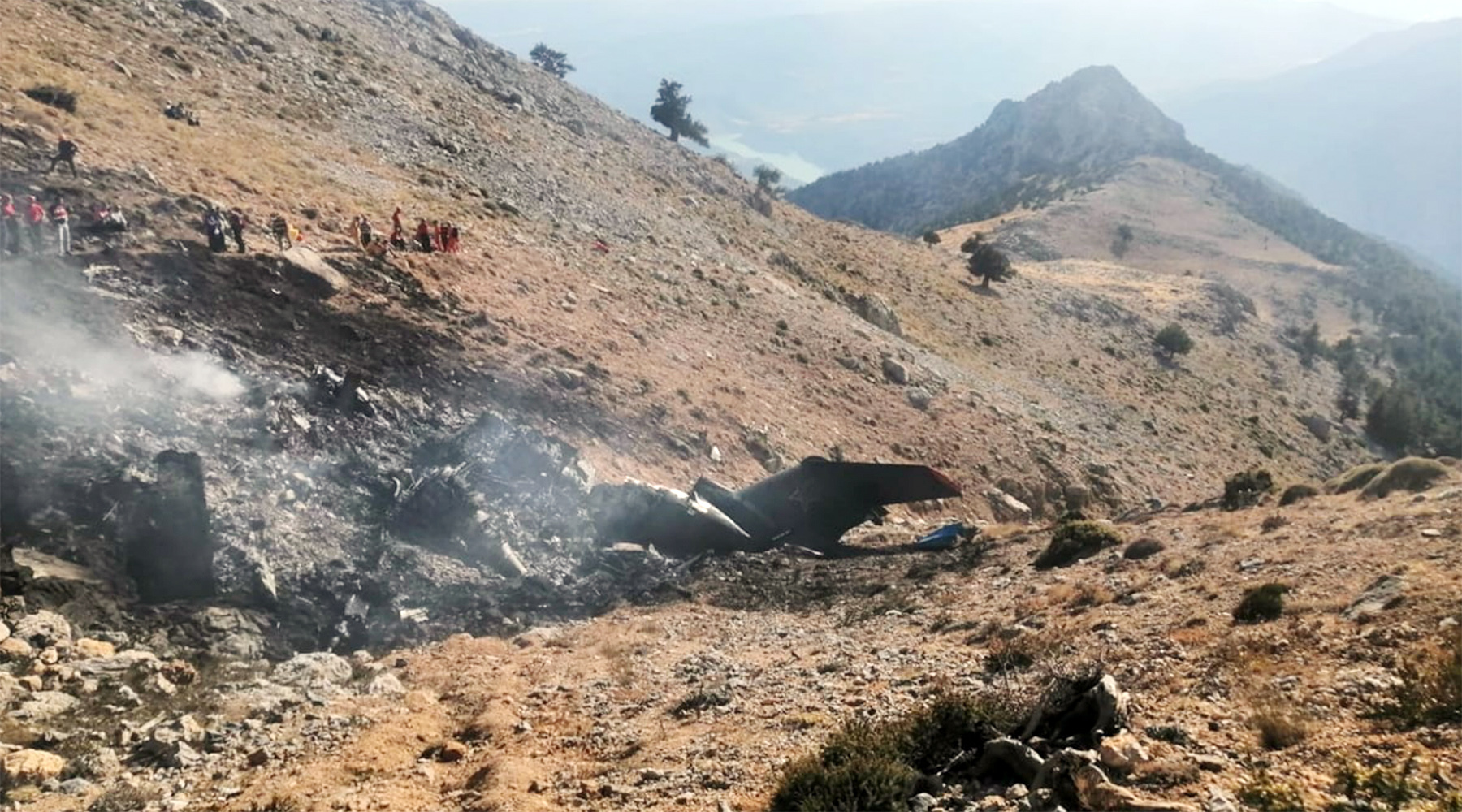 In Turkey, a Russian Be-200 aircraft of the Ministry of Defense of the Russian Federation crashed while landing.

The department reported that the plane took part in extinguishing wildfires in the republic.

The incident took place in the area of ​​the village of Adana.

The reasons for the incident are still unknown.

To clarify the causes of the tragedy, a commission from the Russian Ministry of Defense was sent to the site of the crash.

The Russian Embassy in Turkey also said it was looking into the circumstances of the crash.

Consular officers were dispatched to the crash site.

According to NTV, a large number of search and rescue teams were sent to the crash site.

The Turkish Defense Ministry specified that a helicopter from Incirlik and an aircraft from Konya were sent to the region to participate in the work.

According to preliminary data, the crashed plane was involved in extinguishing a fire in Kahramanmarash.

According to Turkish media reports, the Be-200 dropped water onto the fire zone, after which it crashed into the mountain.

The administration of the Kahramanmaras province, in turn, said that an aircraft leased from the Russian Federation extinguished a fire in the Ilicha region, which began after a lightning strike.

Soon, communication with the plane was interrupted, after which rescue teams were sent to the area, ”TASS quoted the administration as saying.

Russian President Vladimir Putin expressed deep condolences to the families and friends of the Russian servicemen who died in the crash.

“Russian military personnel, crew members of the Be-200 aircraft, together with Turkish specialists, participated in the most important humanitarian mission, defended people's lives, and fought large-scale fires in the Republic of Turkey.

They acted in the most difficult conditions and fulfilled their human and professional duty to the end.

I understand that grief came to every family of the victims.

I am sure that the memory of these courageous people will forever be preserved both in Russia and in Turkey, ”the Russian leader emphasized.

The head of state instructed Defense Minister Sergei Shoigu to submit the Russian military who died in the crash to state awards posthumously.

Turkish Foreign Minister Mevlut Cavusoglu also expressed condolences to the relatives of the Turkish and Russian crews who died in the accident.

“It is with deep sadness that I learned about the deaths of the Turkish and Russian crews in the tragic plane crash that took place during the extinguishing of a fire in Kahramanmaras.

We express our condolences to the Turkish and Russian people.

Their heroic sacrifices will not be forgotten! "

Cavusoglu also conveyed condolences to Sergei Lavrov in connection with the disaster.

“Our minister conveyed his condolences to the Minister of the Russian Federation Sergei Lavrov.

And Mr. Lavrov, in response, sent words of gratitude, ”a source in the Turkish Foreign Ministry told TASS.

Condolences over the tragedy were also expressed by the chief adviser to the Turkish President Oktay Saral.

“A Russian-owned fire plane crashed in Kahramanmarash, a crew of three Turks and five Russians died.

I express my condolences to our nation, as well as to Russia, ”he wrote on Twitter.

According to TASS, a Be-200 from the naval aviation of the Russian Navy was sent to assist Turkey in extinguishing wildfires on July 8.

The crew was trained at the Center for Combat Use and Retraining of Flight Personnel of Naval Aviation of the Russian Navy in Yeisk.

We will remind, now the Turkish Republic is fighting with strong forest fires.

The fire spread to a number of coastal areas where resorts are located.

The Turkish authorities have evacuated guests and staff of some hotels, as well as some local residents.

The Russian Consulate General at the end of July reported that the main tourist sites in Turkey are outside the fire zone. The issue of evacuating Russian tourists from the zone adjacent to the forest fires was not considered, the diplomatic mission emphasized.