The discussion about electric scooters is being conducted throughout Europe and one of the cities that has gone the furthest is Copenhagen. Where it is forbidden in the city center to park electric scooters on municipal land, which has meant that the landlords have in principle left the city. 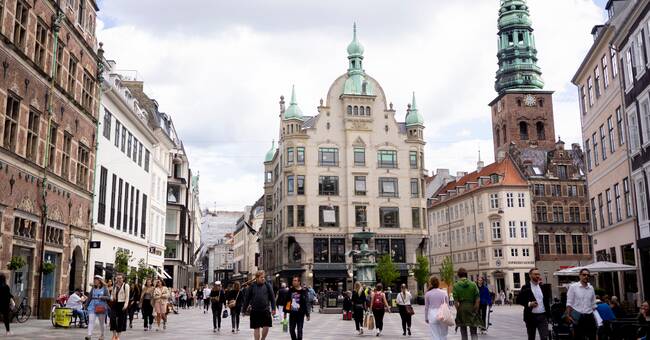 The occasional private electric scooter can still be seen in the cityscape, but the many rental companies have left Copenhagen.

This is after the municipality at the turn of the year introduced a ban on parking electric scooters in the city center.

The operators are admittedly allowed to rent out scooters and have their own car parks, but on the inner city's municipal land, the electric scooters are not allowed to stand.

- This has meant that we have paused our operations in Copenhagen, says Eric Andrén, Danish manager for the electric scooter company Voi.

Copenhageners seem to appreciate the ban

The other operators also appear to have left Copenhagen for the time being.

Something that is appreciated by several Copenhageners we talk to.

Even though I myself bought scooters for the children, I love that the rental bikes are not left in the city, says Jack Sanneh.

The debate before the parking ban is similar to that in Sweden.

Problems with cycling on sidewalks, drunk drivers and above all that the many electric scooters blocked parts of the city center.

- We heard many ideas from the landlords about how the problems should be fixed, but it did not happen much so then we decided that we do not allow parking of electric scooters in the inner third of the city, says Marcus Vesterager (S), chairman of Copenhagen Technology and Committee on the Environment.

One of the landlords, Voi, does not agree with that picture.

- We took a lot of initiatives in Copenhagen.

Of course, we did not solve all the problems, but we know that Copenhagen is a city where it worked very well.

The municipality of Copenhagen has let the electric bicycle companies re-apply to establish themselves in the city, but the condition with a parking ban in the city center will continue to apply and at the turn of the year Denmark will be forced to wear a helmet when riding an electric scooter.