Many killed in floods in Hubei

Five cities in the Chinese province of Hubei are raising the alert level after heavy rains led to deaths and mass evacuations. 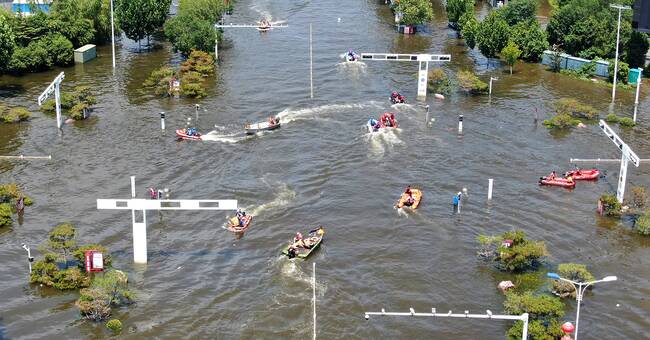 More than 6,000 people have been evacuated from Hubei Province in central China, due to heavy rains that led to floods.

Five cities have declared a state of emergency, and rescue workers have been sent to the worst-affected areas.

At least 21 people have been killed in Liulin, which is part of the northern city of Suizhou.

More than 2,700 homes and shops have been damaged by the water masses and there are problems with electricity supply, transport and telecommunications in some places, according to the state news agency New China.

The city of Yicheng received 400 millimeters of rain on Thursday, which is a record level.

China normally experiences floods during the wet summer months, but authorities have warned of more extreme weather in line with climate change.

Last week, 80,000 people were evacuated from Sichuan in southwestern China, where record levels of rain caused floods, and in July, floods in Henan Province led to 300 deaths.