Since the entry into force of the health pass in France, we have seen fake pass offers flourish on social networks. 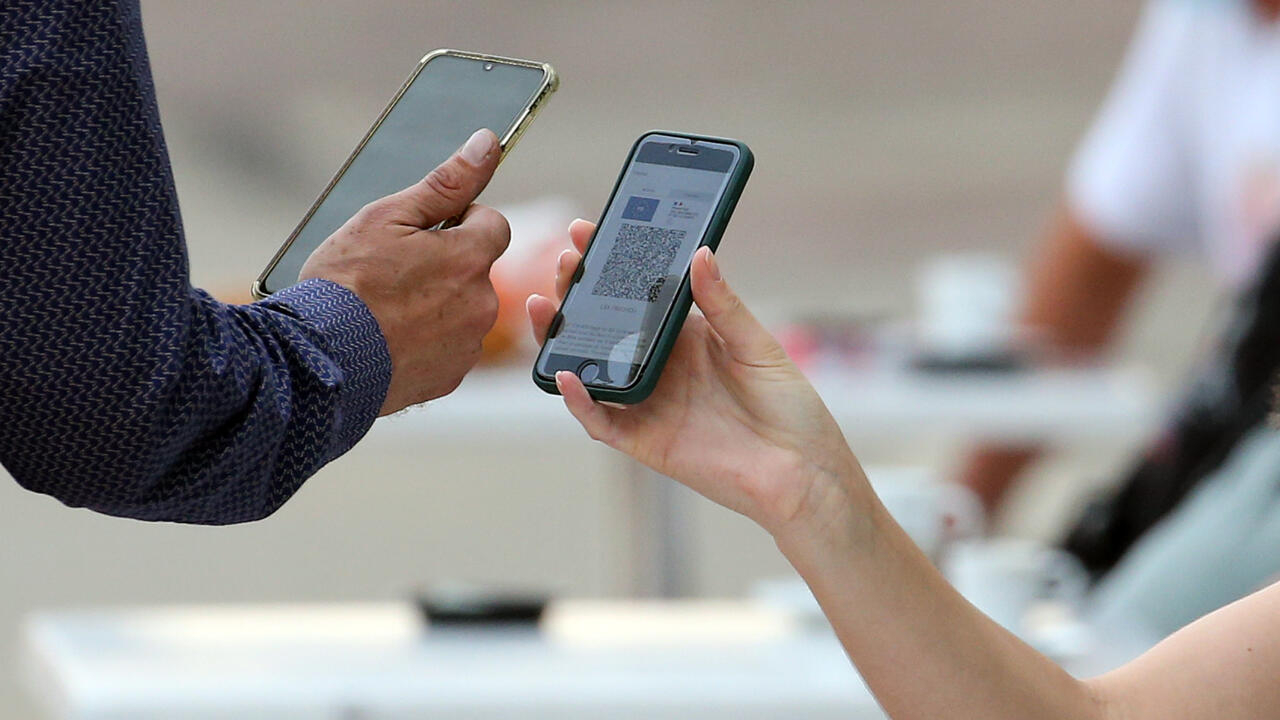 A waiter checks a client's sanitary pass at a café terrace in southwestern France on August 11, 2021. AP - Bob Edme

Since the entry into force of the health pass in France, we have seen fake pass offers flourish on social networks.

from a caregiver at the hospital that caused a lot of reaction. He says that a 56-year-old woman who entered Covid-19 intensive care in the emergency room had to be placed on oxygen. It turns out that she and her family all had a fake health pass without exception, bought 300 euros each. The family therefore asked him how to get vaccinated as soon as possible when, because of their false pass, they have already been declared vaccinated by health insurance.

After trying the experiment, it turns out that it is very easy to get a fake sanitary pass.

It is in fact enough to find on social networks like Instagram or Snapchat, these famous accounts which offer in all transparency to sell you a "real-false health pass", that is to say a valid pass without having been made. vaccinate

that bypasses the controls without problem.

Once the requests were sent, the responses arrived very quickly.

One of them even called us directly

He asked us for our security number, our contact details and above all specified that it would cost 300 euros.

This "business" was not his main activity, it was in fact a restaurateur.

A caregiver often plays the middleman

To obtain this false pass, the traffickers use an intermediary, very often a caregiver in a vaccination center who illegally prints certificates by entering the customer's Vital Card number. The health pass is therefore exactly the same as that of a vaccinated person. The only difference is that there was no injection.

The public authorities have their eyes riveted on this trafficking at the moment. Health Insurance has identified several types of fraud but where they are most vigilant is on these true false certificates which are difficult to detect. To detect these users of "real-false passes", it is necessary to have recourse to artificial intelligence systems to identify, for example, those who have received two doses on paper on the same day, which is normally impossible.

Several traffics were dismantled in the Paris region.

Sometimes more than 16,000 euros found in cash at counterfeiters.

was sent immediately to all caregivers by Health Insurance to prevent this kind of practice.